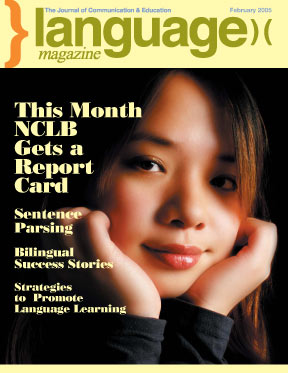 The revelation that the Bush administration paid a prominent media personality to promote the No Child Left Behind (NCLB) Act and to give former Education Secretary Rod Paige more exposure than he deserved sparked widespread outrage, but, like so many recent political scandals, it was soon dropped by the mainstream media amidst government claims of justification. Therein lies another story.

The Graham Williams Group was paid $240,000 of taxpayers’ money to produce radio and TV spots promoting the controversial law, and feature one-minute “reads” by Paige. The education secretary and other department officials were also allowed to appear as studio guests with Armstrong Williams, who pledged to “use his influence” with other black journalists to get them to tout the merits of NCLB.

Although White House spokesman Scott McClellan tried to evade the question of whether the White House approved of the practice, there can be little doubt that, even if the president was not aware of this particular instance, there must have been some sort of tacit approval for this type of action.

The fact that a journalist had to be bribed to sing the praises of NCLB makes a clear statement about the administration’s attitude to education and the electorate. NCLB is the flagship of Bush’s domestic policy and, as such, has to be seen to be working. However, if it is such a success, why did Williams have to be paid off to say so?
NCLB has good points and bad points, which need to be addressed. Instead of engaging in a dialogue with educational experts, teachers and parents, and getting down to the laborious task of gradually improving the legislation, so that all of our children really do have the opportunity for a quality education, Rod Paige’s department chose to pull a fast one and try to avoid the hard work.

Responding to criticism, correcting mistakes and adapting to circumstances are all part of the learning process, as educators well know, yet the Education Department has acted as though it knows it all. It is not only the “we’re right and you’re wrong” approach that is the problem, it is also the idea that as long as we keep telling you we’re right, eventually everyone will give in and agree. Policies get improved through reaction to vigorous debate. Avoiding debate makes policy weaker and the media has a duty to provide the forum for debate. Bypassing this process undermines our democratic rights.

Now, we have a new education secretary who has promised to solve the problems with the No Child Left Behind Act. Margaret Spellings has the reputation of being more flexible than her predecessor. During her confirmation hearing, she made it clear that she is willing to implement the legislation pragmatically in order to avoid what she called “horror stories.” Let’s hope that she works with educators to adapt and improve policy, and avoids another horror story of media manipulation.

2005 / The Year of Languages
Making Your Voice Heard
Jayne Abrate and J. David Edwards suggest strategies to promote language learning to the top of the educational agenda

When Bilingual Education Spells Success
María S. Quezada on how CABE’s Seal of Excellence Schools exemplify the vision of “Biliteracy and Educational Equity for All”