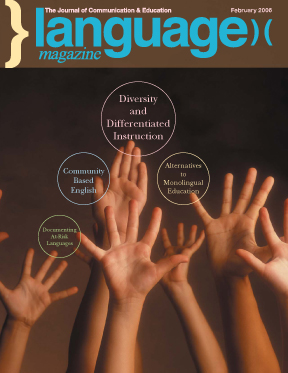 Last month, the American Dialect Society announced that the winner for 2005 in its 16th Annual Words of the Year vote was “truthiness,” which refers to the quality of preferring concepts or facts one wishes to be true, rather than concepts or facts known to be true. Founded in 1889, the venerable society which is “dedicated to the study of the English language in North America, and of other languages, or dialects of other languages, influencing it or influenced by it,” chose a word popularized on the Colbert Report, a satirical mock news show on the Comedy Central television channel.

In the politics of education, “truthiness” abounds. We see schools serving low-income families being under funded
by the No Child Left Behind Act (see News, p.9), despite the administration’s rhetoric of providing opportunity for all. We see test results being manipulated to support contradictory policies.

Even when the Department of Education commissioned its own report to analyze the existing research on the effectiveness of bilingual education (see Language Magazine, 9/05, p.10), it chose not to publish the findings as they may have interfered with the accepted “truthiness.”

Maybe we should follow Stephen Colbert’s philosophy, “I don’t trust books. They’re all fact, no heart,” but American tradition points the other way. Abraham Lincoln recognized the importance of providing people with the truth, “I am a firm believer in the people. If given the truth, they can be depended upon to meet any national crisis. The great point is to bring them the real facts.”

We have a right to demand truth from our government, not some corruption of the truth distorted to suit a political agenda. As Gerald R. Ford said, “Truth is the glue that holds government together.” But then again he did succeed Richard Nixon, whose “truthiness” cost him the presidency.

Last Writes
Richard Lederer is Putting on the Dog