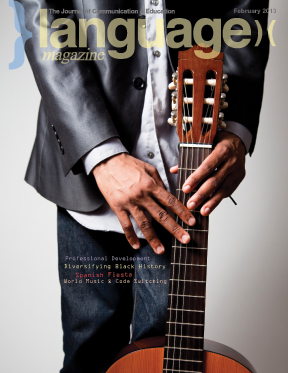 Lance Armstrong’s much-publicized admittance of using performance-enhancing drugs and cheating dope tests should serve as a lesson to us all that when the stakes are high, supposedly honest people will go to Machiavellian extremes to succeed.
Teaching to the test is now accepted practice almost everywhere. And, just because the publicity has died down since last year’s school testing scandals, it doesn’t mean that test scores are no longer being manipulated. It is not acceptable that fallible tests determine people’s futures and it’s hardly surprising that some resort to cheating.

However, teachers in Seattle have taken the higher road — they are refusing to give mandated standardized district tests called the Measures of Academy Progress (MAP) because, they say, the exams don’t evaluate learning and are a waste of time.

Almost all of the teachers and staff at the city’s Garfield High signed a letter explaining that they oppose the MAP because it is a flawed test that students don’t take seriously and that is being used by administrators to evaluate teachers — a purpose for which it was not designed. Now, teachers at a second Seattle school, Ballard High, have said they are joining the boycott.

According to Monty Neill, executive director of FairTest, which campaigns against the misuse of standardized tests, the boycott is the first such school-wide effort in the country in a decade. He explained why it is justified, “The tests are used to judge teachers even though they are not aligned with the state’s standards and not instructionally helpful. The Northwest Evaluation Association (NWEA), which makes the test, says the MAPs are not accurate enough to evaluate individual teachers. No wonder some Seattle parents began opting their children out of these pointless tests even before the teachers’ boycott.”

In an appeal of the Seattle Public School Board’s 2010 decision to renew the MAP contract, a parent group raised concerns about the negative impact of this test “on non-English speakers, Special Education students, and minority and low income children.” These concerns were never addressed nor were the claims refuted. The test is supposed to determine the student’s reading level, but without taking into account the student’s language challenge or the student’s limited time in the U.S., which makes it almost impossible to understand the context of some passages.

Even the NWEA has advised districts to carefully restrict the use of the test and its results. The Association also cautions to ensure 100% random selection of students enrolled in any course if the test is used for evaluation and to take into consideration statistical error in designing evaluation policies. NWEA says that problems become “particularly profound at the high school level.”

As we move forward with increased use of assessments, we must recognize that they are not a solution in themselves. They are one of many tools which teachers need to better help them do their jobs. Overemphasis on testing will be to the detriment of our students, especially those who need extra time and attention to attain English proficiency.

Lance was lucky — he was able to stage-manage his confession, bathed in the sympathy of an Oprahtic ear — whereas our most vulnerable students, English learners, and their teachers are being confronted with high-stakes tests that could determine the paths that their lives will take without any sympathy. The brave teachers of Seattle deserve our support.