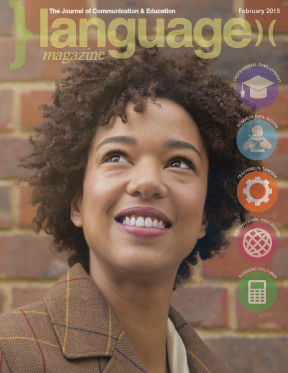 In last month’s State of the Union address, President Obama emphasized that education is a vital investment in America’s economic competitiveness, and at the beginning of February, he followed that up with his fiscal-year-2016 budget request to Congress. The budget proposed more than a 5% increase, or $3.6 billion, in discretionary education funding, up to $70.7 billion from $67.1 billion in 2015.

The administration’s budget proposal requests an additional $1 billion in Title I funding for schools, as well as additional funds to help states audit and reduce unnecessary tests and improve the quality of those they keep. Funding for grants to improve the quality, validity, and reliability of tests would nearly triple, from about $9 million to $25 million. The budget also includes requests for Improving Teacher Quality State Grants ($2.3 billion) and the Teaching for Tomorrow program for teacher recruitment efforts ($5 billion over five years).

“Great teachers and leaders matter more today than ever,” commented education secretary Arne Duncan. “Let’s do everything we can to respect, reward, and retain them to help all students reach their full academic and social potential.”

The Teacher Incentive Fund, which helps districts develop performance-pay systems in high-needs schools, would expand under its new name (Excellent Educators Grants), with a budget of $350 million (up from $230 million last year) to help districts and states implement comprehensive human-capital systems beyond performance pay, from teacher recruitment to development and job retention so needed in schools with large percentages of English learners. Given the mixed research on performance pay and the critical need for stronger teacher development, the expanded program may increase quality teaching in high-needs schools. But is it enough to match the program’s objectives?

The president’s budget also includes a new mandatory program, Teaching for Tomorrow, which calls for $1 billion annually over five years for states and districts to apply significant changes in how they recruit, support, and seek to retain teachers in the profession. In a budget briefing, the department indicated that the new program would support states and districts in exploring a variety of human-capital models and evidence-based practices — including those adopted by high-performing countries like Singapore and Finland. While the program sounds promising, more details are needed to know where a new investment might lead.

Investing in teachers goes far beyond compensation. After recruiting talented educators, schools must retain them. The administration is attempting to emulate the overseas systems which are so often quoted as the standard to follow:

“The culture of learning must start with the teaching force,” Kenneth Chen, the undersecretary for education in Hong Kong, stated. And school systems must provide the right environment for teachers to excel. Teachers are asked to “teach less and learn more.” A 21st-century curriculum de-emphasizes rote learning and challenges students to be problem solvers.

In China, educators receive 360 hours of professional development a year. While in Singapore, S. Iswaran, the senior minister of state, explained the country’s position, “From pre-service to leadership positions, professionals must nurture the profession.” This program is tied to the education system’s career-advancement framework.

Although the budget is unlikely to pass Congress without significant changes, it is a step in the right direction which should garner bipartisan support. Even if it does pass, teachers, no matter what extra training and incentives they receive, will still face an uphill battle in low-income areas unless accompanying measures are taken to reduce childhood poverty.


21361 B. Pacific Coast Hwy Malibu, CA 90265
Telephone: (310) 455-7193
©2021 Language Magazine All Rights Reserved
Contact us: contact[email protected]
FOLLOW US
Language Magazine
We use cookies on our website to give you the most relevant experience by remembering your preferences and repeat visits. By clicking “Accept”, you consent to the use of ALL the cookies.
Do not sell my personal information.
Cookie SettingsAccept
Manage consent