Ni Hao. Bonjour. While people all over the world are learning Chinese to get a foothold in the booming Asian market, the Chinese are signing up to learn French to gain entrance into Canada. It seems that many have discovered a back door entrance to Canadian immigration that involves applying for entry into Quebec, the Francophone part of the country.

Canada has joined the United States and Australia as popular places for immigration. More and more people in China are rushing to learn French in hopes that moving to Canada will lead to better education prospects for their children and an escape from the country’s environmental problems. Quebec is special in the sense that it is able to choose its own immigrants and it doesn’t have a waitlist like the national immigration program, but it does require its applicants to have a proficiency in French. Immigration agencies in Beijing began to promote this fact a few years ago, and Quebec seems to have accepted the increased interest in immigration.

“We’re happy about it and we want to keep them here,” commented Kathleen Weil, Quebec’s immigration minister, to ABC News.

Many who hope to leave China are middle-class professionals and there has been an increase in the number of French lessons sold in China.

“I have relatives and friends who succeeded in emigrating to Canada so that’s what inspired me to move there,” remarked Yin Shanshan, who plans to study for a master’s degree in Canada, in article by ABC News. “I think what attracted me to Canada is its environment, including the air and food safety, and also the welfare system and education. Education for the next generation.”

French is spoken by more people than ever — 220 million worldwide, 20 million more than in 2007, according to a new
report launched by the International Organization of the Francophonie (OIF) at its summit in Montreux, Switzerland, this month. With 96.2 million Africans speaking French at the moment, the OIF believes that rising rates of literacy
and birth rates mean there could be 700 million French-speakers in the world by 2050.
The report takes into account the 70 member countries and observers of the organization, including Algeria, Israel, the U.S., and the Val d’Aosta, which joined this year.
About half of all French speakers live in an African country. However, this data is probably not completely accurate, since the statistics used include only people who understand, speak, read, and write French. Therefore, those who practice the language only orally have been excluded which may mean that the figure of 220 million French speakers is an underestimate — especially in Africa. The OIF has 56 members plus 14 observers, of which 26 are on the continent. 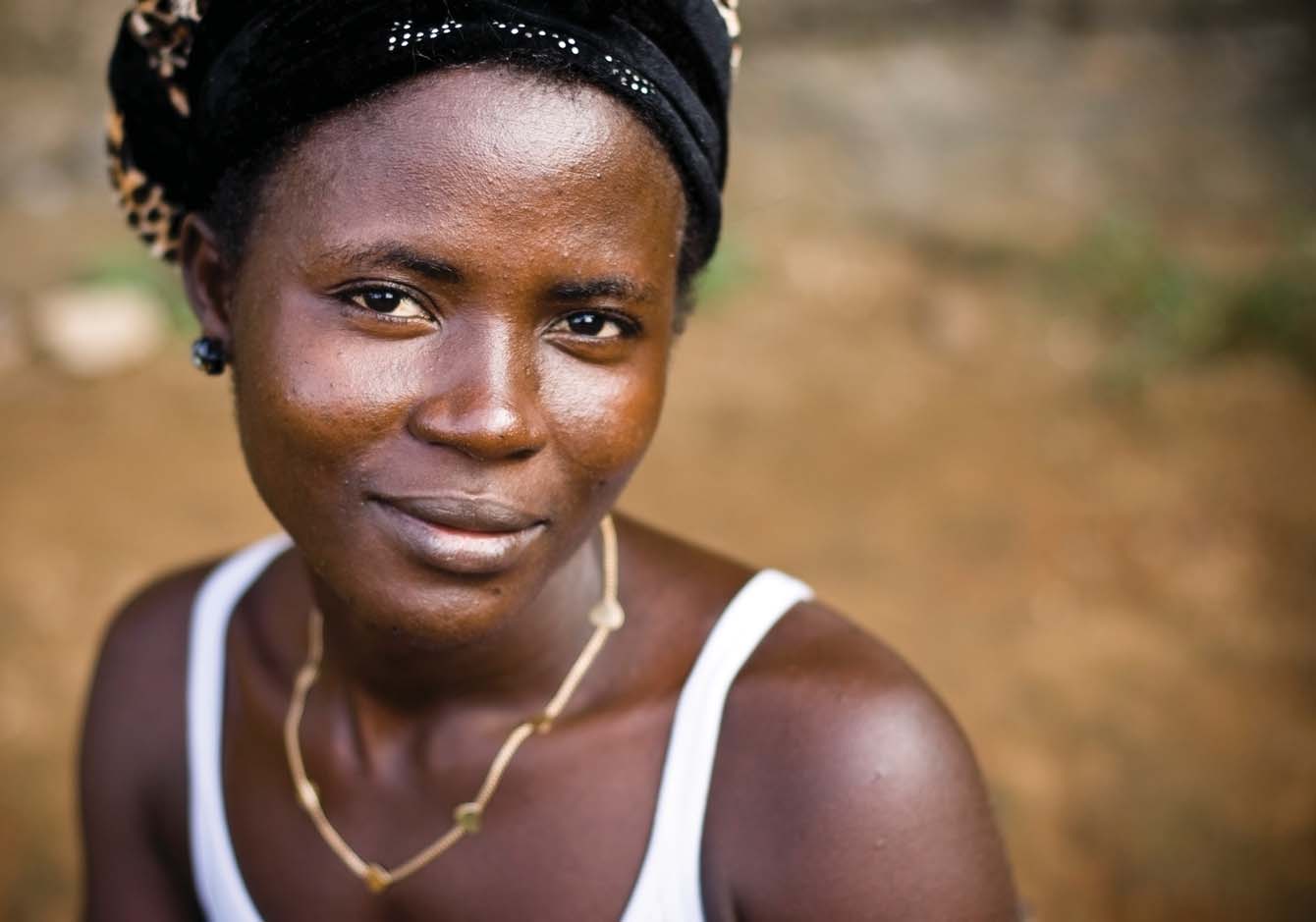 French is on the rise in Africa

According to the OIF, Africa could represent over 85 percent of the Francophone world by 2050, if the population growth does not slow, and if literacy continues to improve thanks to increased schooling. The actual teaching of French will therefore be very important for the language’s development on the continent. Amazingly, the report finds that French as a foreign language is the second most frequently taught language in the world (116 million people are learning and programs are available in every single country worldwide), so there should be no shortage of role
models.
The number of speakers of the language of Voltaire has increased in recent years thanks to the African population explosion. In many parts of Africa, French is the language of instruction, so its use should grow with the spread of education on the continent.
The head of the OIF’s observatory of the French language, Alexandre Wolff warns that the growth is far from guaranteed. French is a second language for most of its speakers, so it will only continue to flourish if countries
keep it on their school syllabuses. “French is the mother tongue in a few countries: France, francophone Belgium, francophone Switzerland, Quebec and some Canadian provinces, Luxembourg and Monaco, i.e., 75 million people,” says Wolff.
If all the predictions that this will be Africa’s century prove true and its economic development really accelerates, then demand for French will skyrocket. Forward-thinkers are well-advised to start studying French now.

French (français) is a Romance language spoken, around the world, by about 130 million people as a first language (mother tongue), by 190 million as a second language, and by about another 200 million people as an acquired foreign language, with significant speakers in 54 countries. Most native speakers of the language live in France, where the language originated. The rest live essentially in Canada (Quebec), Belgium, Switzerland, Francophone Africa, Luxembourg, and Monaco. Most second-language speakers of French live in Francophone Africa, arguably exceeding the number of native speakers. The Democratic Republic of the Congo is the Francophone country with the largest population.

French is a descendant of the Latin language of the Roman Empire, as are national languages such as Portuguese, Spanish, Italian and Romanian, and minority languages ranging from Catalan and Occitan to Neapolitan and many more. Its development was also influenced by the native Celtic languages of Roman Gaul and by the Germanic language of the post-Roman Frankish invaders.

It is an official language in 29 countries, most of which form what is called, in French, La Francophonie, the community of French-speaking nations. It is an official language of all United Nations agencies and a large number of international organizations. According to the European Union, 129 million (26% of the 497,198,740) people in 27 member states speak French, of which 65 million (12%) are native speakers and 69 million (14%) claim to speak it either as a second language or as a foreign language, which makes it the third most spoken second language in the Union, after English and German. In addition, prior to the mid 20th century, French served as the preeminent language of diplomacy among European and colonial powers as well as a lingua franca among the educated classes of Europe.

Learning French in Canada has never been easier, the quality never better, and students never better protected. Why is Canada such is a great destination for you to learn French — and why are Languages Canada member programs the best choice for students? First, let’s take a look at the landscape that students step into when arriving at a recognized French program in Canada. Canada’s quality of life has been ranked in the top three for seven years in the United Nations Quality of Life Index. Canada, it is renowned for its world-class talent, having the highest penetration of post-secondary education in the world, eight of the top 100 business schools in the world, 18 of the top 40 engineering schools, the highest computer literacy in G-8, and is 1st first in the world in management practices (WCY).

The cultural, scientific, and social contributions of Canadians are too long to list, but perhaps the most important benefits of studying French in Canada stem from the relationship of language to the Canadian identity and the ensuing value placed upon language. It is safe to say that language is a cornerstone of Canadian identity. Bilingualism is embedded in the constitution and in the history, second language is favoured in education, and the federal government alone invested over $1.1 billion in Official Languages (French and English) in the “Roadmap for Canada’s Linguistic Duality 2008-2013.” In such an environment, it is little wonder that students receive the best that French language training has to offer.

Languages Canada was created to help students choose programs and Addedadd to the benefits of a great country that values and invests in language, so that students can also count on the highest-level and also have the assurance of quality and student protection from an external organization. The Languages Canada Quality Assurance Scheme is more demanding than that of Canadian provincial education standards – which is no small feat when Canadian education is considered one of the best in the world. Any program that is accredited under this scheme, whether public or private, has been inspected, the teacher qualifications reviewed, homestay guidelines enforced, care of juniors approved, and all aspects of program quality audited. When studying at a Languages Canada accredited program, you know the bar has been set high!

Additionally, Languages Canada offers eCAPä, the Education Completion Assurance Plan, which guarantees students that their French program tuition is protected, no matter what happens. This means that students can be assured that they will receive their training. The combination of quality and protection offered by members from Languages Canada translate into ease of mind for students and their parents.

So which is the right French program for you? You can do a search of programs using your preferences in our website. For further information and to consult a list of approved programs, visit http://www.languagescanada.ca/ (look under Approved Programs).

Gonzalo Peralta, is executive director of Languages Canada, a non-profit association that represents Canada’s language schools. Their work in advocacy, standards and quality is aimed at creating a solid sector that offers the best in language training to students in Canada and from abroad.