French 3.0: The Next Generation 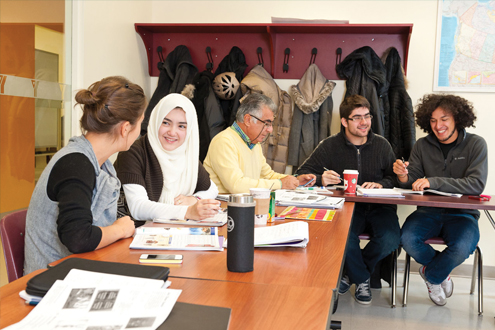 Report predicts the rise of French by 2050

Since Language Magazine’s last report on the ongoing, public debate over the importance of French (“French on the Menu,” March 2014), the prediction that French may be the world’s most-spoken language by 2050 (based on research by Natixis, an investment bank) has spurred media reports across the world challenging the suggestion.

The prediction that French will be spoken by 750 million people by 2050 is based on the fact that French-speaking populations are growing faster than English- and Mandarin-speaking ones.

Aside from Quebec and France, in Africa, French is the official schooling language of countries with increasingly high fertility rates, such as Mali in the north and Guinea, Chad, and Congo in the sub-Saharan region.

A demographic boom in these African states could bump the world’s percentage of French speakers from 3% today to 8% by 2050.

Meanwhile, China and many English-speaking countries are likely to experience a demographic slowdown, which could lead to a decline in the number of English speakers from 8% to 3% of the world’s population. Additionally, China’s low birthrate may result in a drop in Mandarin speakers from 10% to 8% of the world.

While this evidence sounds compelling, the study labels all the citizens of the states where French is the official language as “French speakers,” which is not strictly true. “The number of people who speak French continues to increase, and the projections are indeed impressive, but they do not take into account the coexistence of languages, which is the reality in many countries,” says Alexandre Wolff from the Observatory of the French Language.

Whether or not it overtakes Chinese, English, or Spanish in sheer numbers of speakers, we can be sure that French will be a major language of this century’s youth, and the Organisation internationale de la Francophonie (OIF) is focusing on youth to make the most of this opportunity.

To reinforce this priority, the OIF secretary general, Abdou Diouf, created the World Forum of French Language, which was first held in Québec in 2012. The second Forum is slated to take place in Liège, Belgium, in July next year.

The theme of this second forum is “la francophonie creative,” which takes a novel approach citing that “French, through its creativity, is a factor in individual success and the durable development of societies.”

Several programs have been planned integrating innovation and creativity as motors of economic development, using local expertise to inspire the young francophones attending the event in a city known for its creativity.

Young francophone entrepreneurs, innovators, and creators will be the focus of the meeting, using French to build networks and facilitate professional exchanges.

The creativity theme will be divided into five sections: education, economics, culture and cultural industries, citizen participation, and the relationship between language and creativity.

Information on the forum is being posted online at www.forumfrancophonie.org.