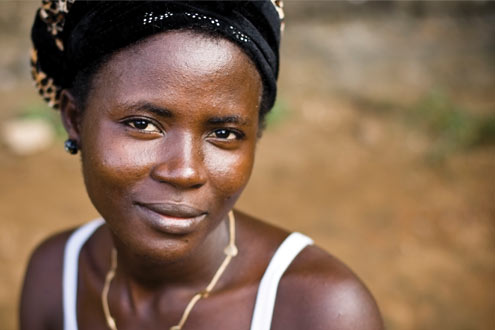 French is spoken by more people than ever — 220 million worldwide, 20 million more than in 2007, according to a new report launched by the International Organ­ization of the Francophonie (OIF) at its summit in Montreux, Switzerland, last month. With 96.2 million Africans speaking French at the moment, the OIF believes that rising rates of literacy and birth rates mean there could be 700 million French-speakers in the world by 2050.
The report takes into account the 70 member countries and observers of the organization, including Algeria, Israel, the U.S., and the Val d’Aosta, which joined this year.
About half of all French speakers live in an African country. However, this data is probably not completely accurate, since the statistics used include only people who understand, speak, read, and write French. Therefore, those who practice the language only orally have been excluded which may mean that the figure of 220 million French-speakers is an underestimate — especially in Africa. The OIF has 56 members plus 14 observers, of which 26 are on the continent.
According to the OIF, Africa could represent over 85 percent of the Francophone world by 2050, if the population growth does not slow, and if literacy continues to improve thanks to increased schooling. The actual teaching of French will therefore be very important for the language’s development on the continent. Amazingly, the report finds that French as a foreign language is the second most frequently taught language in the world (116 million people are learning and programs are available in every single country worldwide), so there should be no shortage of role models.
The number of speakers of the language of Voltaire has increased in recent years thanks to the African population explosion. In many parts of Africa, French is the language of instruction, so its use should grow with the spread of education on the continent.
The head of the OIF’s observatory of the French language, Alexandre Wolff warns that the growth is far from guaranteed. French is a second language for most of its speakers, so it will only continue to flourish if countries keep it on their school syllabuses. “French is the mother tongue in a few countries: France, francophone Belgium, francophone Switzerland, Quebec and some Canadian provinces, Luxembourg and Monaco, i.e., 75 million people,” says Wolff.
If all the predictions that this will be Africa’s century prove true and its economic development really accelerates, then demand for French will skyrocket. Forward-thinkers are well-advised to start studying French now.
So where to study?

Université du Québec à Chicoutimi
Québec is now a leading destination for learning French because 80 percent of the population is French-speaking. However, the highest concentration is found in the Saguenay-Lac-St-Jean region, where 99 percent of the 300,000 inhabitants speak French as their first language. This breathtakingly picturesque region is home to the École de langue française et de culture québécoise of the Université du Québec à Chicoutimi (UQAC).
This school was founded in 1975 with the mission of offering students quality teaching as well as an in-depth Québec cultural experience through numerous activities while living with host families. With a satisfaction rate of 99 percent (participants’ evaluation), the package clearly fulfills the expectations and needs of the students.
Short, medium and long-term immersion programs are offered throughout the year with a possible internship. The student receives university credits, regardless of program. For over 30 years, more than 17,000 students, aged 18 and over from all around the world and of all language levels have studied at UQAC and contributed to its development, its influence, and its growth.
Summer programs welcome a limited number of 275 participants from all over the world and a new five-week immersion program in French and Music is reserved for music students (25 participants).

International Language Schools of Canada (ILSC-Montréal)
Specialists in dynamic and student centered learning, ILSC-Montréal is one of the largest private language schools in Canada. It offers a myriad of French language training programs, including language courses, internships, a Youth Program, teacher training programs and a variety of after school and weekend activities. Students also have the option of being hosted by one of the many welcoming francophone host families that work with the school.
ILSC-Montréal also offers great group packages so teachers can bring their French learners or get together with fellow colleagues for the ultimate French immersion experience. The school combines French lessons in the classrooms and activities around the city like snowshoeing, camping, rafting, ice fishing, the Montreal International Jazz Festival, hiking in the Laurentians, museum visits, or a sugar shack party.
ILSC won the Canadian Language Industry award for friendly customer service and it takes pride in providing a flexible, fun and professional learning environment.

The International Language School of the YMCA offers a day program with the option of studying in the morning or including the afternoon intensive program. Their team of qualified French teachers is committed to helping students succeed, and the school’s staff is available to help students find homestay or apartment residences during their visit. Programs for adults are available year round, and for families and teenagers during the summer. Centrally located in downtown Montréal, the language school offers a variety of indoor and outdoor activities to reveal Montréal’s culture and history.

Université de Montréal
The École de français of the Université de Montréal provides instruction adapted to the diverse needs of students from around the world. Students choose between evening, Saturday or intensive day courses which include socio-cultural activities. Situated on the northern slope of Mount Royal, the Université de Montréal boasts an exceptional natural setting. The UdeM campus flanks the Côte-des-Neiges district, one of the most lively and cosmopolitan neighborhoods in Montréal. Nearby Côte-des-Neiges Road is dotted with small businesses and offers a variety of services including a cultural centre, bookstores, movie theatres, restaurants, cafés and boutiques.
Students going to Montréal have the advantage of being at the hub of North-American history in the second largest French-speaking city in the world. The architecture of Montréal is so spectacular many visitors feel like they’re in Europe when they head into Old Montréal.
The city is one of Canada’s most unique and lively cities, offering a perfect blend of the old and new. Culturally, there are few cities that beat it. There is little doubt that Montréal has some of the finest restaurants and bars in North America, a daunting number of museums located in and around the city and it goes without saying that shoppers will swoon at the sight of Montréal’s downtown core, with over 3,000 shops.
Among its internationally renowned festivals are the Montréal Just for Laughs Festival, the Jazz Festival, both featuring hundreds of different shows that attract thousands of visitors from around the world. The musical festivals of Nuits d’Afrique and Francofolies also offer free outdoor shows and a magical atmosphere.
Collège de Jonquière
For forty years, the Centre Linguistique du Collège de Jonquière has been established in the heart of the city of Saguenay on Lac St-Jean, an important cultural community where the language school has a reputation for facilitating and rapidly advancing language proficiency. Saguenay is one of the most French areas in North America with 98 percent of its population speaking French.
The mission of the Language Center of the College of Jonquière is to provide quality language services (training, evaluation, translation, editing, consulting) with a clientele from all over the world.
The immersion program is based on three components: classroom instruction, accommodations with a host family and socio-cultural activities. This formula provides a learning environment which will facilitate your acquisition of your second or foreign language and increase your awareness of Québec and/or Canadian culture.