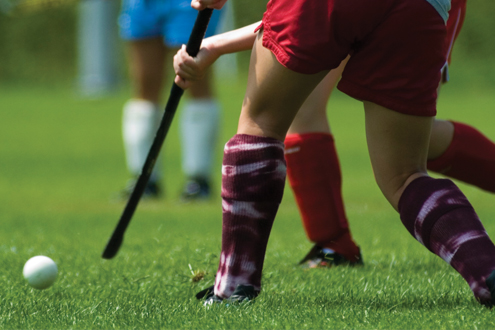 Not only do the increasing number of international students attending secondary schools benefit from the experience, so do their local peers

Parents worldwide are discovering that the sooner their children come to study in the U.S., the better their chances of earning a slot in one of the top universities. By attending high school in the U.S., students have time to gradually adjust to the culture as they begin to consider which university they would like to attend. Best of all, high school in the U.S. guarantees full English immersion, which is excellent preparation for both the SAT and the TOEFL.

Universities welcome such students. “American colleges and universities are also very positive about the integration of international high school students because they are effectively vetted by us and we know they’re not going be overwhelmed by homesickness. Another bonus is that they’re not competing with their peers for college places, as they come under different selection criteria,” explains Dr. Kevin R. Merges, director of program advancement at Rutgers Preparatory School.

Most schools are receiving applications from a few key countries. “We see the majority of our applicants from Asia, specifically China. However, the market is opening up in Brazil, Russia, and India,” comments Amy Favreau, assistant headmaster of admissions and special programs at Woodstock Academy.

Many high schools, keen to the ever-burgeoning market of international students, offer accommodations or arrangements for placing students with a host families. So even if their children are overseas, parents can rest assured that their children are safe in the school-provided accommodations or homestays and challenged by the academic rigor of their schools. When the time comes to apply for college, international students will have the same assistance as their peers, with the guidance of professionals who have made a careers out of helping applicants get into top colleges.
Hosting international students also makes U.S. schools a more vibrant and dynamic learning environment for local students. Cora Lee Sharpe, a tenth-grader from CATS Academy Boston explains, “I like going to an international school because it’s a good experience. It’s a big range of people from around the world and you get to know them — it’s like going to ten different countries every single day.”

Merges, who has traveled extensively over the last few years, researching the needs of globally minded students and parents, sees the bigger picture, “The focus of all international students programs should be equity. Schools need to move toward equity for all students. Empathy education is a growing part of school curricula. International students help us understand other cultures and should be an integral part of all empathy lessons throughout schools.

“We have to build students that are leaders, so they’ll need to work with people from all over the globe. It helps our kids understand other cultures, giving them another skill. We receive a lot of positive feedback from parents on our international students,” adds Merges.

When international students attend secondary school in the U.S., everyone wins. The internationals have a sharp advantage as they apply to college, schools become more diverse and culturally richer, and U.S. students get the opportunity to engage with meaningful cultural exchange and forge transnational friendships.

Here are some excellent schools to consider:

CATS Academy Boston
CATS Academy Boston is a private boarding high school with both international and domestic students in grades 9-12. Built in 1893, the building formally housed a Catholic high school and offers the true American high school experience. With a capacity for over 400 students, the large and beautiful campus boasts over 15 classrooms, an on-site gymnasium, and even a yellow school bus. Featuring a rigorous American curriculum, countless extracurricular opportunities, and a multitude of social activities, the Academy prepares students for progression into top U.S. colleges and universities. Their classes are taught by accomplished teachers with decades of experience and degrees from prestigious universities such as Harvard, Columbia, and Boston College. The structured curriculum includes core subjects, honors and AP courses, ESL and SAT preparation, and electives ranging from statistics to creative writing. CATS also provides numerous avenues for social development through athletics, after-school activities, social excursions, and dormitory living. The residence options are located throughout the Boston area, providing safe and secure accommodation in great locations with good access to central Boston and other local attractions. At the residences, students meet and make friends from all over the world — adding to their international experience and also expanding their English language development. The Academy’s goal is to graduate well-rounded students that are excellent candidates for colleges around the country.

Fork Union Military Academy
Fork Union Military Academy (FUMA) is an all-boys, Christian, military academy, grades 6-12. The school motto is “Body, Mind, and Spirit.” FUMA’s goal is for each young man to become independent, caring of others, and successful. FUMA aims to provide an environment that nurtures their talents, builds confidence, and expands their vision for the future. Though their name includes the term “military, the school is not associated with any branch of the military. However they do use the best aspects of the military system, such as respect, responsibility, discipline, integrity, character, and leadership, in providing an atmosphere in which every student has the ability to succeed. Fork Union Military Academy follows a unique and highly successful curriculum schedule in the upper school (grades 9-12), called the One Subject Plan. The year is divided into five grading periods of about seven weeks each. Each grading period, the student takes one new class. He is with that one teacher all day, every day, for about seven weeks. This enables the teacher to get to know each student as an individual, and enables each student to concentrate fully on one subject. The cadet also learns how to focus on one subject for up to two hours or more in the evening and to study that one topic as thoroughly as he will have to do when he goes to college. Instilling these study skills, along with self-discipline, is the goal of the One Subject Plan. Ultimately, this experience sets the stage for the FUMA graduate to better adapt to a college curriculum.

Woodstock Academy
Woodstock Academy is an independent New England academy that has educated students in and around Connecticut for over 200 years. They have a long tradition as a college-prep institution, and the community that surrounds the school is quiet and peaceful. Located in what is known as the Last Green Valley, there are approximately 1,050 students at Woodstock and they come from six area towns, neighboring communities, and several countries from around the world. Four years ago, the board of trustees made the decision to open the campus to international students, and it has enriched the lives of the local population and given these students the support they have needed to attend competitive universities in the U.S. The colleges and universities their international graduates have attended are colleges of the University of California system, University of Connecticut, University of Wisconsin, Boston University, University of Rochester, Case Western in Indiana, and Penn State. Over the past five years, other graduates have attended Yale, West Point, Boston College, New York University, and Northeastern University. Their domestic students have reported that they like the experience of having students from around the world in their classes. They are able to practice different languages, and they have made connections that they would not have made if these students were not on the campus. The international students have reported that they have made lifelong friends while attending Woodstock Academy and they are excited about sharing their languages, cultures, and academic experiences with each other. Most of the international students stay with host families, and this has enhanced the program as a whole. The host families help make the transition to a new place easier and give the families back at home reassurance that their children are being well cared for. When the students get older, there are small residential halls near campus that they can live in, and this helps with the transition to what they will experience in their colleges and universities. Each year, Woodstock Academy works very hard to diversify its international student body, keeping its total international student population between 7-10% of the total population. This helps keep the school diverse and allows for the appropriate amount of support for the international students, while keeping it a comprehensive U.S. high school.

Interlochen Center for the Arts
Interlochen Center for the Arts attracts students from 40 different countries and around the U.S. Together, these young artists from around the world study one of seven majors at Interlochen Arts Academy: creative writing, dance, filmmaking, music, theatre, visual arts, and comparative arts. The fine arts boarding high school has approximately 500 students who study from September to May. For international students who need to improve their English language skills, the school offers a comprehensive ESL program.

Over the years, Meritas Schools have prepared more than 50,000 students for admission to colleges and universities around the world.

UK: Taunton School
Taunton School has 200 full-time staff and 266 part-time, making it the biggest private employer in Taunton, a historical town in the UK’s western county of Somerset. Founded in 1847 as a Christian institution, the school has no denominational bias. It moved to its present site in 1870 and built its prep school in the 1990s. It was one of the first independent coeducational schools when it welcomed girls in 1973. A co-educational boarding school of 1,000 pupils from ages zero to 18, Taunton School is ambitious to “prepare young people to shape the world in the 21st century.” Taunton School is “five schools in one,” with a nursery and pre-prep, prep, and senior, plus an international school and an international middle school. Entry into the pre-prep and prep schools is at any age. Pupils normally enter the senior school at age 13. However, TS does accept pupils at other stages of their education. Leadership potential and self-reliance are nurtured at all ages. GCSE and IGCSE exams are offered up to age 16, with A Levels and the International Baccalaureate available in the sixth form. The school has superb pastoral care with huge regular investment in its facilities. Its reputation for high achievement in debating, music, drama, art, and sports is enviable. During the autumn 2013 term alone, a total of 66 universities from all over the world visited Taunton School to meet students. In 2013, 48% of students achieved A+ to A grades and 80% A to C on the A Levels. The average diploma points on the International Baccalaureate was 35 (the world average is 30).