California Nominates ELL Advocates to Board of Education 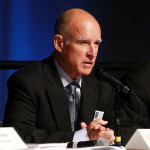 California Governor Jerry Brown filled the last two openings in the 11-member California State Board of Education by nominating Ting Lan Sun, an executive director of one of the state’s oldest charter schools, and Feliza Ortiz-Licon, a senior administrator of the nation’s largest Hispanic Civil Rights Organization. Ortiz-Licon’s nomination is especially applauded due to her history of advocacy for English Language Learners (ELLs).

Since 2012, Sun has been executive director at the Natomas Charter School, which, with its founding in 1993, became one of the state’s first charter schools. Sun also has held prominent state education policy positions. She was chair of the California Commission on Teacher Credentialing from 2007 to 2011 and currently co-chairs the Public Schools Accountability Act Advisory Committee, which advises the state Department of Education on issues related to measuring school progress. She also was vice president of leadership and quality at the California Charter Schools Association for three years. “Ting is a great charter school leader,” said Jed Wallace, president and CEO of the charter schools association. “Natomas is a shining charter school that has established a good partnership with its district. She has a broad knowledge of state issues and is a great choice.”

Ryan J. Smith, on behalf of The Education Trust—West, issued the following statement in response to Governor Brown’s recent nomination of Ortiz-Licon: “We congratulate Feliza Ortiz-Licon and applaud Governor Brown for nominating an expert with a track record of fighting for the 1.4 million English learners in California schools. In a state where 45 percent of Californians speak a language other than English at home and nearly 1 out of 4 students is learning English, such an appointment is vital to our state’s success. With her experience at National Council of La Raza and work supporting English learners at the local, state, and national levels, Ortiz-Licon will bring a wealth of experience and a much-needed perspective to the State Board of Education and we fully support her nomination.”

Earlier this year, The Ed Trust – West coordinated a diverse coalition of civil rights, social justice, and English learner organizations to urge the Governor to appoint a dedicated advocate for English learners who understands the families and communities these children come from. Through recognizing the importance of nominating an English learner advocate, California has taken a crucial step forward in the work of ensuring that all of California’s students have the resources they need to achieve at high levels.