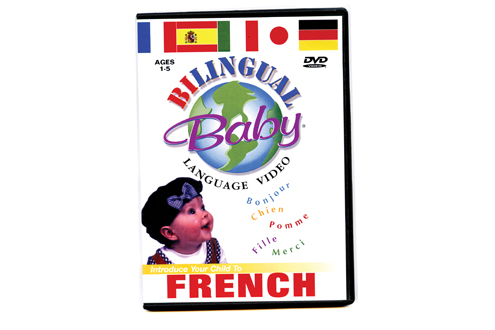 Gifts for language learners of all ages

Little Pim
Just in time for the holiday season, Little Pim has put together the ideal gift for youngsters. Priced at $169, its Language Discovery Sets for Spanish and French will help inspire any child to try learning a new language.
Each set is comprised of a backpack containing six language DVDs, a music CD, Word & Phrase cards, two Little Pim books, and an adorable cuddly Panda.
Together, this complete set introduces kids to over 360 words and phrases in the target language. From food, to feelings, to bedtime and numbers, the vocabulary list has been especially designed for young learners.
With their unique Entertainment Immersion Method, Little Pim turns everyday activities into fun adventures so children learn to express themselves in Spanish, learning words that are relevant to their everyday life.
Along with the beautiful hand-drawn flash cards, a music CD featuring songs for children in Spanish, the two acclaimed books and an adorable panda plush, Little Pim will make language learning fun and easy.
The complete backpack comes with all the tools to help reinforce your child’s innate ability to learning language during this brief window.

Small Fry Productions offers a great range of DVDs with its Bilingual Baby series of video language instruction for very young learners which is enjoyable enough for all ages.

Each of the languages in the series available at Brainybaby.com are presented in the same basic structure and offer similar sentences, such as “The dog plays with the ball.” (Translations like the Hebrew “Inu wa boru de asobimasu” are spelled out in Latin characters and alternative scripts such as Cyrillic or Hebrew are not used.)
This series succeeds on several points. First, they are engaging and keep a child’s attention repeatedly. Secondly, they are focused entirely on the language at hand. English translations appear briefly and discreetly for adult learners to learn each word being taught.

We reviewed the French, Hebrew, Japanese, and Russian language DVDs from the Bilingual Baby series. A notable feature of these DVDs is they are programmed to loop and do so seamlessly, encouraging repeated viewings. Each DVD is approximately 45 minutes long and covers the same content of counting numbers, identifying colors and speaking simple sentences. The words for mother, father, dog, apple, and coat, among a number of others, are in each of the languages, and oftentimes, the DVDs will use the same footage with only the language changed. The woman narrator’s voice is soothing and warm, and pleasant to the ear.

A consideration in favor of the Bilingual Baby series is that the footage is consistent and attractive in production value. These consistencies include uncluttered art direction and easy-to-read graphics. They held the nine-month-old test subject’s attention better than the materials desired by older children that have an overabundance of visual stimuli.
Also recommended is the Bilingual Bee multilingual Alphabet DVD. We reviewed their English, Spanish, French, German, and Turkish Alphabet DVD for young learners and found it to be thoroughly worthwhile and a good DVD for the very, very young. While here again some footage is repeated in the different language alphabets, at other times it is not and has a bit more variety to the presentation. As each language alphabet is approximately 30 minutes long, this DVD has a lengthy amount of learning material for the purchase price. The content of this DVD is entirely devoted to alphabet pronunciation by using associative words, as in “apple” for A in English, “nuit” for N in French, or “stra§e” for the “es set” character § in German.

The need for these DVDs in young learners’ homes cannot be over emphasized. They present an atmosphere of learning potential from which all of us can benefit.

Vtech’s MobiGo 2
Vtech’s MobiGo 2 is packed full of features that make learning fun. The new MobiGo 2 Touch Learning System is a multi-functional, educational handheld system that allows kids to play and learn painlessly. It’s a fun way for kids to work on basic skills such as math, vocabulary, spelling, reading, logic, drawing and more. The MobiGo 2 comes preloaded with three great games and also functions as an e-reader, photo album, photo viewer, art studio and coloring book.
It is about as close as you can get to a kid-proof iPhone, and, as any parent with an iPhone knows, children just seem mesmerized by them. Even if your child just uses it as an e-reader, it may be worth the $70 price tag just to get your iPhone back.