How Long is Too Long 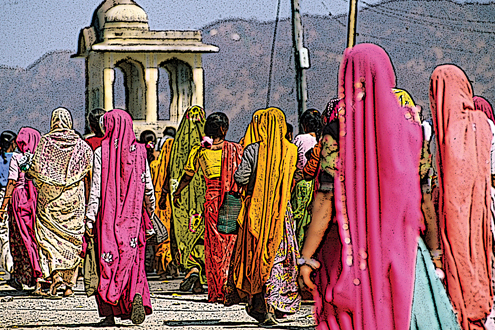 The immigrant student population in U.S. schools is on the rise. According to Kohler and Lazarín (2007), more that 24 percent of elementary school children are foreign-born; of these, 75 percent are Latino. In the past, schools could allow parents to choose the educational program and language for their children, but a series of initiatives have reversed the scenario. In 1998, for example, California voters passed Proposition 227. According to Ramos (2005), the controversial English-only initiative was a direct attempt to “place extraordinary restrictions on the use of other languages other than English.” The new law mandated one year of intensive English in a Structured English Immersion program before being mainstreamed. Proponents of the proposition believed that students could learn English more quickly in an all-English instructional setting. Research, however, suggests that English language acquisition takes more time. In his seminal study, Cummins (1981b) laid the foundations for the development of research in language acquisition. In Canada, he observed that the disparity in second language attainment for immigrant children between oral fluency and academic norms was substantial. Conversational skills appeared to emerge within two years of exposure to the language, but mastering the academic language required a period of up to seven years. He went further to formulate one of the most widely-celebrated and discussed dichotomies (BICS/ CALPS) in what was designed as a tool for teachers to differentiate the academic tasks and plan individualized instruction (Cummins, 2000).

Hakuta, Butler and Witt (2000) described English proficiency as the “ability to use language in academic contexts, which is particularly important for long term success.” Reviewing data from school districts in California and summaries of research conducted in Canada, they discovered that it generally takes from three to five years to develop oral proficiency and from four to seven years for academic English proficiency. The researchers believed that mandates that explicitly call for only one year of intensive English are unrealistic. In contrast, they advocate a balanced approach of language development that is supported throughout elementary school.

In 2000, the National Clearinghouse for Bilingual Education released a report prepared by Patricia A. DiCerbo on key educational issues pertaining to language acquisition program participation and placement decisions (p. 1). According to her review of previous literature (McLaughlin, 1992; McLaughlin & McLeod, 1996; Solomon & Rhodes, 1995; Nelson, 1996; August & Hakuta, 1997; Bergman, 1997; Tharp, 1997; Thomas & Collier, 1997; Snow, 1998), there is a great deal of variability among students in terms of prior educational experiences, home and school support. Depending on those variables, she observed, some students can attain native-like proficiency levels in one to three years while for others it may take up to 6.5 years. More recently, MacSwan and Pray (2005) reached similar conclusions. They concluded that immigrant children “achieved parity with native English speakers in a range of one to six years and in average of 3.3 years on measures of English Language” (p. 653).

The purpose of the present study is to explore the language acquisition process of a recent Honduran immigrant and learn more about the factors that facilitated language acquisition. In this study, academic English proficiency will be measured utilizing the district indicators for redesignation, which is “the term used when a student, who was initially identified as limited-English proficient, has developed sufficient English language skills to function in English-only instruction” (CUSD ELL Master Plan, 2002: p. S -1). Three assessments are used to measure English proficiency:
• The California English Language Development Test (CELDT) determines oral English proficiency (1 = Beginning; 2 = Early Intermediate; 3 = Intermediate; 4 = Early Advanced; 5 = Advanced).
• The academic criterion is assessed by the California Standards Test (CST), a norm referenced test administered annually to compare students to a national sample of English speakers (1 = Far Below Basic; 2 = Below Basic; 3 = Basic; 4 = Advanced; 5 = Proficient).
• An essay exam is used to measure writing ability; student must score in the 40th percentile to be considered proficient.

A Case Study
The study followed a qualitative single-case design. The subject of the research was a 13-year-old Honduran girl called Delmy (a pseudonym). Her family immigrated to the U.S. in December 2005. She entered a California school in January of 2006. Upon registration at the school, she was classified an English Language Learner (ELL) and placed in an English-only class in third grade. Her third grade class was comprised of 20 students, mostly Latino. Since all ELLs are required by law to be tested in English, she was administered the CELDT when she began school. Results indicated that she spoke no English (Listening = 1; Speaking = 1; Reading = 1; Writing = 1). She also took the Spanish test Language Scales Assessment (LAS) and was classified a Fluent Spanish Speaker; she scored high in all skills (Listening = 4; Speaking = 5; Reading = 4; Writing = 4).

Two years later, in May of 2008, Delmy met the district’s criteria for English proficiency (CST/Language Arts = 3; Overall CELDT = 4; Writing essay = 50 percent). It was Delmy’s rapid academic growth that prompted the interest of the investigator and her selection as a case study participant. The primary data for the study were collected during an extensive interview with Delmy and a parent survey. School administrators and Delmy’s parents granted permission to carry out this case study. Pattern-matching was the primary technique used for data analysis.
Factors Influencing Academic English Development

Motivation to Learn
As noted, upon enrollment in third grade, Delmy was administered the LAS and classified as a Fluent Spanish Speaker. Her oral language and speaking abilities in Spanish scored at the highest; and her writing and reading skills also proved to be remarkable. In our recorded interview, she defined herself as an “excellent” student back in Honduras. She “got along with teachers” and was at the top of her class. Her family also confirmed the perception that Delmy was “very good” at school. “She liked to go to the local library,” they claimed, and “she never played with boys.”

Newcomers’ Center and Teacher Support
For two and a half hours a day, Delmy changed her regular class for a newcomer’s center, where language arts instruction was in Spanish. Utilizing a Spanish version of the English language arts book, she was able to comprehend the lessons and avoid falling behind on academic content. In addition, she received intensive English language development daily to expedite her oral skills. The rest of the day, she followed regular day instruction. During the two and a half years at the school, she had three different teachers: two monolingual and one bilingual. Although she remembers all with affection, it was the bilingual teacher that really motivated her. “We used to spend an hour after school” she stated, “talking in Spanish, doing homework, and cleaning.” They developed a sincere friendship that seemed to promote the kind of learning Delmy needed for a positive integration in the school culture. In fact, as Table 1 presents, it was that year that she showed impressive growth. During our interview, she became emotional and described the school as “welcoming,” a place where she seemed to fit perfectly, despite the fact that she “missed her country” and former acquaintances.

Peer Support
One of the more positive surprises for Delmy on her American adventure was her group of “new friends.” She met classmates that assisted her with work and with translations. She was “lucky” because they spoke Spanish. The new friends’ Spanish sounded a “bit funny,” and some expressions “made no sense,” but they “surely” helped her adjust well into the classroom. She described her friends, “the girls” as a group of young students that committed themselves to support her from the beginning. “I was really scared the first week,” she commented, “I though I would never make it.” Her friends used to stop by her house after school and assist her with her homework. They explained to her “American things” that she had never heard or seen in Honduras.

Conclusion
Delmy’s solid foundation in her first language coupled with her motivation to learn presumably enabled her to transfer literacy ability to a second language. The fact that the school also had a newcomers’ center likely helped her adjust emotionally and socially into a new culture and continue developing academic content in Spanish while learning English intensively. Furthermore, a strong peer group provided an extended network of support for both academics and social adjustment.

These findings are consistent with other research on English proficiency: Delmy attained English proficiency in two years. The findings of this study coupled with past research suggest that policymakers and educators consider structuring current program guidelines to support extended English instruction (beyond one year) and also offer students additional support through newcomer centers and peer support groups. Additionally, teachers should be aware of the difficulty to mainstream immigrant children after only one year. They should make adjustments to facilitate learning and prompt integration in the school culture.