Immersed in the Bluegrass State 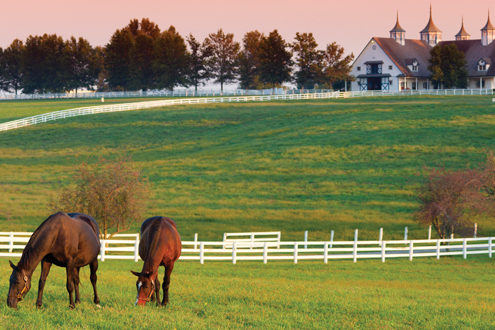 Mark Twain once famously remarked: “I want to be in Kentucky when the end of the world comes, because it’s always 20 years behind.” Although quotable, this appraisal of the state does little to reflect the reality that Kentucky is, and has been for many years, at the forefront of immersive education.

In fact, the Fayette County public school system — which serves roughly 40,000 students in the Lexington area — has been home to a thriving Spanish immersion program for, appropriately enough, just over 20 years. The program began at one elementary school and has since grown to include two additional elementary schools, as well as an entire K-12 curriculum.
With so much enthusiasm for Spanish immersion in this part of the state, the creation of a postsecondary option seemed like a natural solution for students wishing to transition from high school immersion programs to a college curriculum. At least, that’s what the faculty and administrators of local Georgetown College proposed when they created the Inmersión en Español program in the fall of 2011.

When conversations at the Christian liberal arts college of just over 1,300 students turned to immersion, the College looked first to the success of the immersive model both nationally and internationally, and then to the College’s own human capital, which includes three Spanish speakers who represent just as many disciplines. This advantage made the prospect of adapting the immersion model to the collegiate curriculum a worthwhile opportunity for Georgetown and has resulted in what executive director of the American Association of Teachers of Spanish and Portuguese, Emily Spinelli, has identified as a unique program among colleges and universities in the U.S. “To my knowledge,” Spinelli wrote in an e-mail, “this Program to offer general education courses in Spanish is unique at the post-secondary level. Although there might be other colleges or universities that offer required general education courses in Spanish, I am not aware of them.”

To successfully complete the program, students must take a minimum of five content courses entirely in Spanish. A survey of philosophy has already been offered, and courses in literature and sociology, as well as an introductory seminar, are currently being planned for the next academic year. Students must also maintain a 3.3 GPA, since they receive scholarship funds for their participation in the program, and complete a capstone research project by the time they graduate.
Perhaps the most novel aspect of the program, however, is that it encourages participants to major or minor in the fields of their choice, since immersion classes do not conflict with graduation requirements, but rather advance them towards a degree by earning them general education credit. In other words, students do more to augment their primary field of study than detract from it by taking nearly one-third of their requisite courses in Spanish.

In addition to time spent in the classroom, immersion students at Georgetown have the opportunity to meld Spanish with the more social aspects of their collegiate experience. In the spring, for example, students participate in a series of immersive cooking classes, in which they prepare dishes from various regions of the Spanish-speaking world, including arepas from Venezuela and plátanos fritos, or fried plantains, from the Caribbean. Students also partner with one of the newly formed Fayette County immersion elementary schools to provide a series of Spanish-only after-school events for immersion grade-schoolers. In the future, as the Inmersión en Español program develops, it is hoped that participants will be able to choose among a number of other community-engagement and internship opportunities that utilize their language skills to further their own edification as well as provide a vital service to a state that relies on Spanish-language capabilities for everything from the horse industry to international trade.

Initiatives like this do more to reveal the enduring commitment of Kentucky and its constituents to immersion at all levels of education than to uncover an isolated place stuck in time, as the Twain quote suggested. Instead, Kentucky is home to a pantheon of timeless traditions, among which immersion may now be included: horse racing, fried chicken, and Spanish immersion.

Rebbecca Kaplan, Ph.D. is the Spanish immersion coordinator and an international recruiter at Georgetown College, Kentucky.