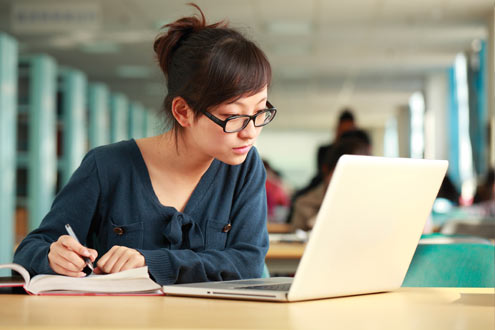 Intensive English Programs (IEPs) affiliated with universities are often viewed as surefire sources of revenue. As such, IEPs are often seen as cash cows, or a part of the business, in this case a university, that always rakes in profits that fund other areas. This is exacerbated in times of economic uncertainty for public and private universities when IEPs are overlooked as anything more than a way to milk quick profits for the strapped general fund. However, IEPs should be recognized as part of the international mission of the university, and financially become a source of cash flow, making them more integrated into the university. Being viewed as a successful and well-run business is not disparaging or objectionable. The raw profit motive, however, is jarring for ESL professionals and calling a school a cash cow is frankly a shortsighted view of what an IEP can do for international students and for the university it serves.

According to the Institute of International Education, there are over 600 full-time intensive English Programs in the U.S. preparing overseas students for higher education. IEPs also develop English proficiency in specific areas such as aviation, business, and medicine. Enrollments are diversified by recruiting students for short-term programs, receiving study abroad students for English language study, and welcoming students who want to travel while improving their English on a university campus. These programs offer academic and special English training without receiving funding from the university or the state. Instead, as a “local budget” an IEP will pay its own bills, salaries, employee benefits, marketing, professional development, and then contribute whatever handsome sum to the mother institution the university deems appropriate.

The university, of course, contributes to the success of the IEP by allowing it to use university classroom space, resources, reputation, and other university assets. In years with strong enrollments, IEPs can generate hundreds of thousands of dollars for the university. One IEP director told me that in addition to their regular contribution to the university, there was one occasion when his university took an extra one million dollars of their year-end “carry forward” cash for a new elevator to be installed in an historic building on campus. The large “donation” left the program cash poor and when an economic tsunami hit Southeast Asia in 1998, enrollments took a sudden downturn and the IEP nearly went under.

When I became the director of our IEP in 1999, I feared the over-milking of our budget and tried to create strategies for not only making significant contributions to the university, but also carrying forward a large enough safety net of cash for unplanned world events that could have disastrous effects for our program.

After September 11, 2001 every IEP director in the U.S. woke up to this reality. Enrollments in IEPs dropped immediately. Laurence Summers, then President of Harvard, called the next five years a “deep shadow” on international education in the U.S. Over ten percent of the country’s IEPs did not have enough money on hand to weather this storm and disappeared.
With programs and sessions that begin more frequently than university semesters or academic school years, they are affected by monumental events like wars, SARS, earthquakes, 9/11, tsunamis, volcanic ash, and travel delays fast and first. There is little time to react, recover, plan, or reduce spending. The H1N1 fear hit the U.S. in late spring of 2008 and within 30 days, over 250 Chinese students cancelled summer programs with us. The loss of anticipated revenue was in the hundreds of thousands of dollars. The scare passed and by August, Chinese and other international students were returning to the U.S. at normal rates. Fortunately, we had a healthy carry forward so we survived the summer of 2008 and the feared H1N1 epidemic.

Fast-forward to the present, the financial crisis has had a profound financial impact that is still being felt by universities and colleges across the nation. The Chronicle of Higher Education reported on January 27, 2012: “As a whole, state spending on higher education — after being supported by the recovery-act money for three budget years — is now nearly four percent lower than it was in the 2007 fiscal year. Twenty-nine states appropriated less for colleges this year than they did five years ago.” With higher education support at a 25-year low, universities are gasping for more sources of funding and support.

Efforts have been increased to recruit overseas. “International students at Kansas State University,” according to a recent article in The Chronicle of Higher Education, “pay more than two times the tuition of in-state students and, at the undergraduate level, few, if any, receive financial assistance from the university. In fact, overseas students help support the university, and others, especially in tough budget times.” (March 16, 2012, Page A31). Open Doors reports that the number of international students at colleges and universities in the U.S. increased by five percent to 722,277 during the 2010/2011 academic year. The U.S. Department of Commerce points out that “these strong increases have significant economic impact on the U.S., as international students contribute more than $21 billion to the U.S. economy, through their expenditures on tuition and living expenses.”

An IEP can make a far greater contribution to the financial needs of the university if a cash flow financial model replaces the cash cow model. Instead of annually contributing hundreds of thousands of dollars to the university, an academically and linguistically vibrant IEP can see a flow of tens of millions of tuition dollars to the university if the university gives it the tools it needs and the rightful place of being a full and strategic partner in international education. These days many IEP directors are being asked by upper leadership at their universities, “How many of your students are going on for undergraduate and graduate study?” I suggest answering: “As many as you would like if the IEP is given the right tools.”

There are at least three tools that are needed. The first is the university policy of conditional admissions. The second policy deals with English language proficiency and the successful completion of the IEP in lieu of TOEFL. The third tool is for the IEP to create a vibrant academic pathway and bridge into the university for the IEP student.
Arizona State University implemented conditional admissions for undergraduate international students in the fall of 2010. The two other vital tools were already in place. Immediately, we began to see an increase in our IEP enrollment and a jump in the numbers of “five-year students.” The five-year student comes to our IEP for up to a year and then goes on to a four-year degree. Our focus is now based on seeing more and more students successfully complete the IEP with the academic language skills needed to be successful at the university.

The IEP at Arizona State University has five eight-week sessions per year and the total number of full-time students over the last two years has been rising each session. This is no accident. ASU has a strong reputation overseas and many international students who need to improve their English are receiving conditional admissions to ASU and enrolling in our language program. In 2010, there were 969 full-time students and in 2011, this climbed to 1172. This translates to far more eight-week session enrollments since many students are staying in the IEP to complete the most advanced levels of academic English before entering the university, which generally requires several sessions. The three-year increase in enrollments has gone from 1491.29 total enrollments (FTE) in 2009 to 1920.85 FTE in 2010 to 2601.00 in 2011. This past year, there were students from 53 countries, 40 Fulbright Scholars, and hundreds of sponsored students. This does not include teacher training programs or special groups that come for customized language programs. More importantly for the university, the cash flow of tuition and qualified students to the university has been much higher than in the past. There are currently 569 former students from the IEP attending ASU as of the fall 2011 semester with hundreds more IEP students entering the university each year. This translates to over ten million dollars of out-of-state tuition for the university per year from IEP alumni.

Compare this to the disparaging cash cow perception and reality of many IEPs. Without the tools needed to build solid enrollments and revenue streams, they need to do things that reinforce the wrong perception that the university may have of them by hosting, for example, a variety of short-term programs with some students coming for just a few weeks. To meet budgetary expectations and to keep teachers and staff employed, many IEPs host ESL camps for kids and other short programs that, although worthwhile in many ways, can convey that they are not academically serious and are offering the university little long-term value.

Over the last two years, as our enrollments have been steadily increasing, we have engaged in a program-wide review called “de-commit and re-alignment strategies” to become more valuable to the university and more integrated into university processes and goals. In short, in order to engage we have had to abstain. To become a cash flow into the university some of the short-term cash cow projects consumed too much time, staff, university resources, and energy thus blocking the flow of a wide revenue stream into the university. Saying “no” to good programs and projects allows us to say “yes” to better ones. As examples of de-committing, we recently said “no” to a four-week camp program for 40 junior high and high school students; we do not allow students on a B-visa to attend part-time, and we do not pay agents for students who come into our program for less than eight weeks. We have found over a dozen significant ways to de-commit from past short-term cash cow practices while also engaging in re-aligning our program to better serve the strategic international goals of the university.

To fully merge our purposes with those of the university, we have embraced the role of being a conduit for students into the university. Now, most of our advertising efforts are aimed to promote Arizona State University and conditional admissions. We are focusing on the “five-year” student and not the “five week” or “five month” student. In 2011, we spent $320,000 marketing ASU to a larger international audience. To encourage student flow from the IEP to ASU, we reduced our commission to agents that send students only to the IEP in order to double it for agents that help students come to the IEP as conditionally admitted students. Another re-alignment was the creation of a university-wide international brochure for marketing and recruiting purposes. The international brochure focuses on the excellent graduate and undergraduate programs at ASU and the position of the IEP within the larger university. We printed and paid for 30,000 copies and now, all international departments, and even upper leadership, use this international recruiting tool. In response to the growing number of conditionally admitted students who have come to the IEP with “three-year” or “five-year” scholarships, we hired two sponsored student coordinators to provide the highest levels of support and customer service to these students and their sponsors. Academically we raised passing grade requirements in all of our levels, slashed the number of minutes students can be absent from class, and created classes that prepare students for popular university departments and colleges. We surveyed our IEP students for future areas of study at ASU and created a number of academic English courses, including English for Science and Technology, Sustainability, Architecture, Nutrition, Engineering, Business, and Native American Studies.

We anticipate that these refinements and re-alignments will make the IEP an even more valuable asset to the university’s bottom line and long-term international goals.

Mark D. Rentz has served as the Director of the American English and Culture Program, Arizona State University for 13 years.