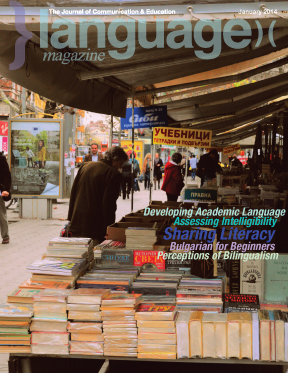 The acquisition of new languages is a necessary consequence of human migration, and, since the dawn of civilization, people have emigrated from their homelands in search of greener pastures, learning the languages of their new homes. For the vast majority of people, there were no real benefits from learning additional languages to those with which they grew up.

Traditionally, nobility, the intellectual elite, traders, the clergy, and soldiers had compelling reasons to learn a new language but they were a small minority.

It’s only over the last 50 years or so that the situation has changed with the rise of the multinational corporation which has the ability to shift production, and thus jobs, to different parts of the world – effectively moving not-so-green pastures to people. Major companies have taken advantage of international wage differentials, regulatory and fiscal advantages, and local subsidies by building factories overseas. For the most part, the effect on language learning has been minimal as only senior managers (both local and imported) had to learn new languages.

Simultaneously, the growth of tourism into a major industry for many nations spurred the acquisition of languages amongst entrepreneurial types in destination countries. Tourism has acted as an enormous impetus to language acquisition. But, in many cases, the level of language required to service the tourism sector is relatively basic.

The advent of the Communications Revolution has led to the wholesale outsourcing of many service-sector functions, such as call centers, which changed the dynamic of language learning in many parts of the world. Fluency in a foreign language (predominately English) became essential for many relatively low-level workers in such facilities if they were to service customers from other countries.

Now, the internet enables workers from anywhere to provide services, or trade goods on a global scale without even leaving their homes. With increased opportunity comes increased competition, so advanced language skills are a prerequisite to success for the net-based worker eager to build an international clientele. Never before has it been so easy to work across borders.

Few of the thousands of Westerners clamoring to learn Chinese expect to spend more than the occasional few weeks in the country, if that. They plan to use their linguistic skills to extend their digital reach into the world’s largest market.

However, the opportunities offered by advances in global communications are not available to just anyone. Only the computer-savvy, better-educated worker with access to equipment and network is in a position to profit from these developments. This leaves the most economically disadvantaged out of the loop. Those who must physically cross borders to improve their economic chances are being denied the opportunities that their online compatriots are privileged to enjoy.

To empower the economic immigrants who come to this country to improve their lives, we should offer free, quality English programs that are flexible and accessible, as well as a fair path to citizenship, which will enable them to benefit from society and contribute to it at the same time.

Reforming our immigration policy is a necessary part of accounting for the latest stage of development in global capitalism. Unless we address immigration, economic disadvantage will be perpetuated, and those surviving in the most precarious situations will continue to have little chance of social mobility as the privileged reap the benefits.

Bulgarian for Beginners
Now that Bulgaria is a full member of the European Union, expect to see its economy boom

Where Your Eyes Go, Your Ears Will Follow
Pat Verano explains why Spanish immersion works so well in Argentina