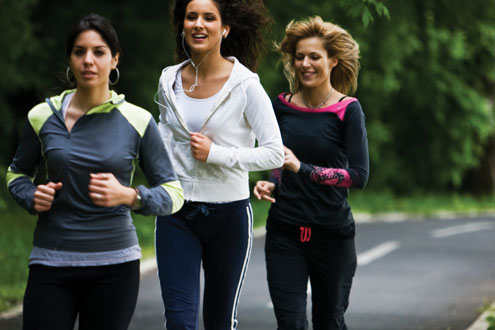 The use of sports as a medium to increase fluency and vocabulary in a foreign language draws upon the same theories supporting Total Physical Response (TPR), theater (with students doing the performances), and ludic learning environments, where meaning is thrust into new vocabulary through acting or movement. While music and TPR have long been used as educational aids for their clear contribution to the memorization process, the use of movement as a mnemonic aid is based in very similar psychology principles about learning.

Both music and physical movement have been found useful for diverse pedagogical functions such as developing spatial and body awareness in pre-school children, for developing language-related activities and for breaking down the socio-physical constraints of traditional adult learning environments. These activities contrast with more traditional ways of teaching based on repetition, memorization, and formulae, but can be added to and even complement a traditional or low-tech classroom. In fact, both TPR and language lessons enhanced by physical activity can be offered in classrooms where technology is nonexistent, such as in remote locations (for example, in developing countries, or volunteer programs) or during a blackout or technology breakdown.

When implemented in adult classrooms, singing and movement perform a variety of functions ranging from expanding mnemonic capacity, to promoting “active relaxation,” and interaction between instructor,
student, and the rest of the class. The result is often a more effective learning environment, not to mention the “effortless” acquisition and use of new vocabulary.

Although not every student might be willing or able to participate in regular activity as a replacement to classroom instruction, specially designated times or a weekly optional activity could provide a fun and effective complement to classroom instruction for those students inclined to participate. While it does help, the instructor does not necessarily need to be in top shape if a suitable native speaker can be enlisted to lead the exercise session.
I have tremendously enjoyed leading Spanish-language swim training or aerobics sessions, a “German run,” and aerobics in Italian. At community colleges, you may find additional support or participation from the community, and I was sometimes joined by colleagues and students from nearby campuses. They could join in as long as only the target language was spoken. With most activities, this is easily achieved after an initial, usually short period of accustomization to the new vocabulary. Generous gesticulation or demonstration also helps to make sure students understand what you’re asking them to do. For example, when leading a swimming practice in a foreign language, I “acted out” the different strokes each time I asked students to try another one. At the end of the practice they knew exactly which one to swim when I called out “libre.” “espalda.” “pecho,” or “mariposa.” Of course, in a swimming workout and because most sets preclude speaking, the sets should be kept short in order to emphasize communication, and also greater and fuller participation by less advanced swimmers. I also wrote the number of laps or meters on a whiteboard while I told them in Spanish, and ended the workout with a few minutes of water threading, during which I also brought out a water polo ball and asked participants to share funny facts about themselves while passing the ball around. Although swimming is generally a very enjoyable activity and any kind of sport can be turned into a language learning opportunity, team sports and aerobics or dance classes might be easier to organize and lead.

Of course, a few participants will catch on faster than others, and perhaps some confusion may occur (but please organize your activity so that it remains safe even if miscommunication occurs) but misunderstandings are typically well received and sometimes even celebrated by participants, whose affective barriers are low and are generally in a good mood. Smile constantly, model your voice appropriately (“leeeeeentooo”, or “¡rápido, rápido!”) and ask any additional activity leaders to also do so. When selecting helpers to lead an activity, try to choose charismatic leaders if possible. They need not be trained educators, but a basic understanding of constructivist theory, or “showing and doing” (demonstrating meaning) rather than switching to English, may be helpful. Above all, maintain a relaxed, positive atmosphere through the activity, as this is an important key to its success.

In most bigger cities, students can follow-up by taking advantage of special ethnic or community events, like salsa, flamenco, belly-dancing, or Afro-Caribbean dance classes (For example, areitoborincano.org in San Diego), which may sometimes be offered in the target language. And although the didactic potential of sports for language learning has not been as widely recognized as other methods, you and your students can help spread the voice by joining the Languages meet Sport Weekend in Europe, which features amicable competitions among youth from different countries without having to be world-class athletes. The event is held in order to promote languages and fraternization among cultures. For more information visit their website at: www.languagesmeetsport.eu.

Dr. Aned Muñiz Gracia, a Fulbright recipient and author of Music and a Mnemonic and Didactic Device for Language Instruction, teaches six European languages in San Diego, and has served as a language consultant for companies such as Bar Charts, Inc., the U.S. Navy, and textbook publishers Wiley and Heinle. Her constructivist and engaging teaching style has earned much acclaim, including the Outstanding Associate Professor of the Year award from MiraCosta College and several other excellence in teaching and leadership recognitions. She is also a newspaper columnist on education-related topics and a regular presenter at national and international conferences, and will soon open a language school, Centro de Idiomas del Caribe in her native Puerto Rico (www.centroidiomas.info).