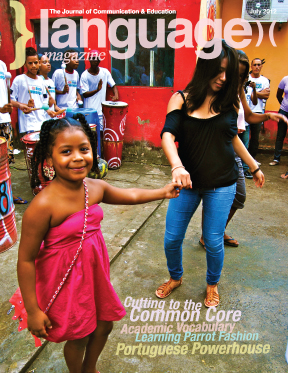 For the first time, the Department of Education has reported that the number of homeless students in America has topped a million while another new report estimates that 23% of children in the U.S. live in “relative poverty.” Unsurprisingly, these figures contain disproportionate numbers of minority and English Language Learner (ELL) students. Yet, our teachers and school administrators are constantly being accused of failing our children.

One million, sixty-five thousand, seven hundred ninety-four homeless students were reported enrolled in schools during 2010-11, a 13% increase from 2009-10. Almost 122,000 (14%) of them are identified as ELLs but the figure does not include homeless infants, children not enrolled in school, and homeless students that schools simply failed to identify. These children live on the streets, in shelters, motels, and with relatives.

Despite recent attempts at closing the achievement gap between low-income students and their peers, this increase in homelessness can only stifle such efforts. According to the new report, only 52% of the homeless students who took standardized tests were deemed to be proficient in reading, and only 51% passed math tests.

The latest edition of the United Nations Children’s Fund’s (UNICEF’s) report on child poverty in developed countries found that about 12 million kids in the U.S. live in relative poverty which gives the country second place on the “relative child poverty” table — above Latvia, Bulgaria, Spain, Greece, and 29 others. Only Romania ranks higher. Recent U.S. Census Bureau statistics confirm these figures, estimating the percentage of American children living in poverty at 21.6%, while the figure for Hispanic children soars to nearly one in three, and a staggering 38.2% for African-American children.
Tourists making their way to the Washington Monument last month may have come across 857 neatly arranged student desks – organized by The College Board’s “Don’t Forget Ed!” campaign to symbolize the number of American students who drop out of school every hour of every school day. According to Education Department figures, 34% of Hispanic students and 36% of Black students drop out.

Both President Obama and Mitt Romney often mention the importance of education, usually in the context of improving the country’s economy and creating jobs, or of making college more affordable, yet little mention is made of the underlying societal problems which prevent schools from succeeding. And, despite claims to the contrary, these problems can be fixed — as demonstrated by the fact that Canada and the U.S. have the same relative child poverty rate – about 25% but, after government taxes, benefits and other social programs, Canada’s child poverty rate drops to 13%, while America’s remains above 23%.

The introduction to the UNICEF report eloquently warns that “failure to protect children from poverty is one of the most costly mistakes a society can make. The heaviest cost of all is borne by the children themselves. But their nations must also pay a very significant price – in reduced skills and productivity, in lower levels of health and educational achievement, in increased likelihood of unemployment and welfare dependence, in the higher costs of judicial and social protection systems, and in the loss of social cohesion.

“Because children have only one opportunity to develop normally in mind and body, the commitment to protection from poverty must be upheld in good times and in bad. A society that fails to maintain that commitment, even in difficult economic times, is a society that is failing its most vulnerable citizens and storing up intractable social and economic problems for the years immediately ahead.

Until we tackle childhood poverty, blaming educators for our apparent inability to compete on international student assessments is wholly unjust.

How is Cosmo Acquiring English?
Stephen Krashen turns to a parrot to prove the importance of the affective filter

The Portuguese Leviathan
Kristal Bivona explores the diversity of Brazil