A Right to the Right Education 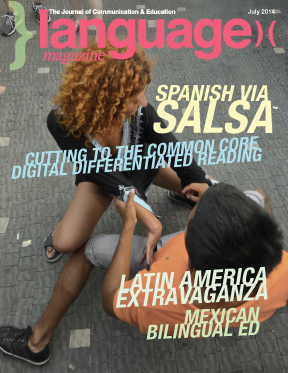 This month marks the 50th anniversary of the Civil Rights Act of 1964, which is the perfect time to reflect upon the progress that has been made in many areas of American life over the last half a century and focus upon the hurdles that still need to be overcome, especially with regard to educational opportunity.

Education is the civil rights issue of our time. Never before has it been so fundamentally important for children to receive an education appropriate to the age in which they live. Our information society requires members to acquire communications expertise if they are to be successful. Without the building blocks of literacy, math, technological know-how, and cultural understanding, opportunities will be hard to come by. At the same time, competition is increasing as it becomes easier to outsource work across the globe.

Some progress has been made toward fulfilling the goal of the 1964 Civil Rights Act. Black and Latino young people are graduating high school and enrolling in college at higher rates. In 1950, fewer than 25% of young black adults completed high school; in 2012, almost 70% graduated on time. Over the same period, the percentage of young black adults who earned a bachelor’s degree or higher increased sevenfold, from about 3% to 21%. However, the situation is still grim for many, especially English language learners, who make up 5% of high school enrollment but 11% of high school students held back each year, according to the latest release of Civil Rights Data Collection (CRDC).

The 2011–2012 release shows that access to preschool programs is not a reality for much of the country. In addition, students of color are suspended more often than white students, and black and Latino students are significantly more likely to have teachers with less experience who aren’t paid as much as their colleagues in other schools.

America’s diversity is at the same time a challenge and a massive advantage. Thanks to immigration, the country is a microcosm of the world, experience of which is exactly what is needed to succeed in our global society. However, this model only works to the benefit of all parties, including the white, English-speaking majority, if it is truly integrated and thus gives all students the opportunity to learn from each other.

The changing nature of the way we work means that today’s students need to take full advantage of the opportunities for interaction offered by our multicultural society. But only through ensuring that minority children have the resources needed to succeed will this advantage be maximized.

The best way for us to honor the heroes of the civil rights movement is push forward with efforts to equalize educational opportunity and commit to policies that not only close opportunity gaps but help all students reach their potential through intercultural experiences. By making the most of our nation’s diversity, we will be able to accelerate economic progress, increase upward mobility, and reduce social inequality for all Americans.

Cutting to the Common Core: The Positive Side of the Digital Divide
Judith Zorfass and Tracy Gray recommend using digital text to differentiate reading instruction

Lure of the Sur: A Study Abroad Extravaganza
Kristal Bivona finds there’s no time like the present to immerse oneself in Latin America