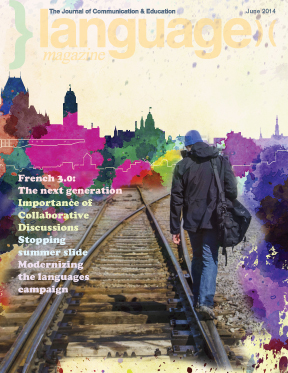 Ever since the dawn of computing, the promise of automated translation and interpretation has been hanging just out of reach, and now Microsoft has announced that it will introduce a “real-time translation” feature for Skype by the end of the year so users without a common language will be able to communicate. It may be a great gadget with some useful applications, but the idea that technology will obviate the need for multilingualism misses the purpose of communication.

Time and again, we hear the argument that technology will overcome language barriers, so there’ll soon be no point in going through the arduous yet fulfilling process of learning a new language. But being able to communicate on a cursory basis is not enough in our increasingly global society. Speakers of the same mother tongue often misunderstand each other due to the complexity of the nuances and cultural references that are part of our linguistic makeup, so it’s foolhardy to expect digital code to make up the shortfall.

That’s not to dismiss the contribution of technology to education. Technology has revolutionized learning processes, and its value should never be underestimated. Technology has opened doors to greater understanding while providing individualized instruction in ways that we could never have imagined just a few years ago. But, we can’t expect technology to do all the work for us — we need to harness it to achieve maximum benefit. And, the most valuable benefit it can help us achieve is the creation of a more cooperative and inclusive world through the concept of global citizenship.

According to UNESCO, “global citizenship education (GCE) develops the knowledge, skills, values, and attitudes learners need to build a more just, peaceful, tolerant, inclusive, secure, and sustainable world.” While technology can connect people across borders and oceans, it will never be able to foster the kind of mutual cultural exchange that human conversation, laughter, and bonding can. Language students become cultural ambassadors when they engage with the target language and culture in meaningful ways, which is hard to achieve without old-fashioned human interaction.

Worldwide demographic shifts — in particular, the aging populations of developed nations, including China, compared to the multiplying youth of less-developed countries — will cause rapid changes in economic growth patterns that will require in-depth knowledge of cultures and languages largely ignored today. Migration from areas of population growth to places with more-developed economic infrastructures will accelerate and be encouraged — already, Japan and China see large-scale immigration as essential to their continued prosperity.

To tackle the challenges of the 21st century, we will need to truly understand our worldwide partners so that we can work together effectively. People are complex, emotional beings, so such understanding requires the depth of knowledge only acquired by study and comprehension of language, culture, and history.

Cutting to the Common Core: The Key to English Standards
John Carr argues that the Collaborative Discussions element is the most important of all standards

Repaving the Campaign Trail
Kathleen Stein-Smith proposes a campaign for world language education in the U.S. based on social and political engagement, using best practices and modern strategies

French 3.0: The Next Generation
Demographic patterns suggest that French may be the most-spoken language by tomorrow’s youth