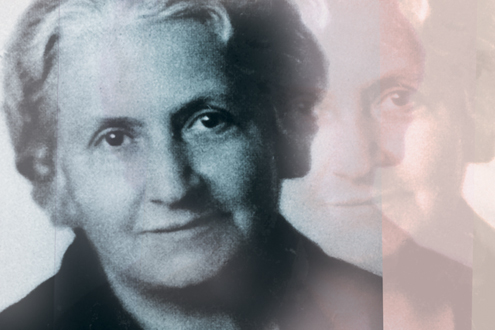 Richard Lederer About A Path to Self Discovery

Maria Montessori (1870-1952) was a visionary. In 1896, she became the first female physician in Italy. A decade later she gave up her practice and her university chair in Anthropology to teach a group of sixty young children of working parents in the San Lorenzo district of Rome. There she developed what ultimately became the Montessori method of education, built on her scientific observations of these children’s almost effortless ability to absorb knowledge from their surroundings, as well as their tireless interest in manipulating materials.

She wrote, “Don’t tell them how to do it. Show them how to do it, and don’t say a word. If you tell them, they’ll watch your lips move. If you show them, they’ll want to do it themselves” and “The greatest sign of success for a teacher… is to be able to say, ‘The children are working as if I did not exist.’” Dr. Montessori’s simple but profound insight was that, in the right environment, children teach themselves. “I did not invent a method of education,” she wrote. “I simply gave some little children a chance to live.”

Here is a selection of other great teachers throughout history. Many of them spent time in the classroom, with or without walls. All have powerfully advanced humankind and truly affected eternity: