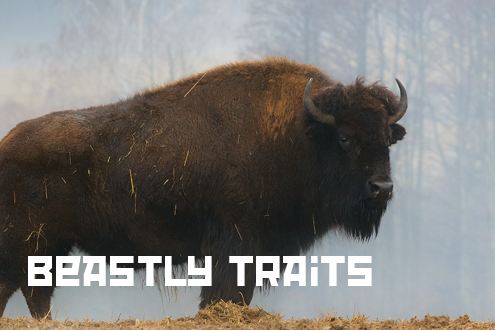 Richard Lederer demonstrates how animals are known by their deeds

“Buffalo buffalo buffalo Buffalo buffalo” is a possible sentence, and it raises the question why buffalo (from a Latin word for “wild oxen”) has become a verb denoting “to confuse, baffle, frustrate.” The answer is that, despite the slaughter of tens of millions in the U.S, the animal is hard to kill individually. Buffalo are swift, tough, and belligerent.

Products made from buffalo were plentiful in the nineteenth century, including strips of buffalo hide that were used to bring metals to a high polish. That’s where we get the verb to buff. Firemen wore buffalo robes as their winter gear. Dandies who had nothing better to do than to rush to fires and watch the burning, emulated the firefighters by donning the same buffcoats, as they were called. These men became known as buffs, and, by extension, a buff is anyone avidly devoted to a pursuit or hobby. And because these buffcoats were the color of human skin, in the buff arose as a synonym for “naked.”

Buffalo is one of more than fifty animal names that function as a verb: