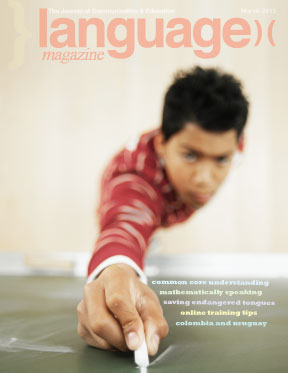 During last month’s State of the Union address, the President made it very clear that he wanted to “work with states” to expand preschool across the nation: “I propose working with states to make high-quality preschool available to every child in America. Every dollar we invest in high-quality early education can save more than seven dollars later on — by boosting graduation rates, reducing teen pregnancy, even reducing violent crime.”

The President is proposing to work with Congress to provide all low- and moderate-income four-year-old children with high-quality preschooling, while expanding such programs to reach hundreds of thousands of middle-class children and incentivizing full-day kindergarten policies. On the surface, such a proposal seems like a great idea, and there is plenty of research to support the premise that access to preschool leads to more successful educational outcomes, especially amongst lower-income groups where quality childcare may be lacking. Those likely to most benefit must be children from homes in which languages other than English are spoken.

However, there is also considerable evidence suggesting that the style of preschool is of the utmost importance. Evidence from European studies suggests that lowering the age of school entrance to four years of age results in no tangible educational benefit and may even be detrimental to children’s progress, so we should be careful to ensure that preschool is not merely an extension of regular school.

For many years, the UK has expected children to start school at an earlier age than other countries. Supporters of early school entry argue that young children are capable of learning the more formal skills inherent in the school curriculum and that starting school early enables children to get a head start in learning. In addition, it is argued that an early start provides an opportunity for children from less advantaged backgrounds to make up the deficit in their academic skills (this is one of the most frequently cited arguments for starting schooling early).

On the other hand, concerns have been raised about the appropriateness of a school environment for young children. Does teaching reading, writing, and math early result in any long-term advantage, and is there a danger that young children will miss out on other important experiences or even be damaged by an early start?

Worryingly, the White House released a blueprint after the speech that included the following justification for the plan: “Education and job training are critical to strengthening the middle class and preparing our kids to compete in the global economy. The President’s plan provides high-quality preschool for every child and teaches high school graduates the real-world skills they need to find a job today.”

With the current focus on educational standardization and measurement, preschool needs to retain its flexibility and not become part of the school production line.

There is a growing consensus among psychologists and neuroscientists that children learn best when allowed to explore their environments through play. However, preschools are increasingly turning away from play-based learning to lectures and testing. Placing such emphasis on academic achievement so early in life may not help young brains develop, and it might even impede successful learning later on.

Preschool should be based upon curiosity, play, and communication, which makes it the ideal environment in which to introduce other languages. Absorption through listening is natural for young children, so there is no better time for them to acquire the cognitive and other benefits of a second language than at preschool. Pressure-free, subsidized, bilingual preschools would enable the next generation to better integrate, blossom, and expand their horizons.

Strange Bedfellows
Julie Gordon chronicles the efforts of linguists, indigenous communities, and Google to create a comprehensive online information source on endangered languages
Speaking in Our Defense
David Edwards reflects on the first year’s work of the Defense Language and National Security Education Office
Cutting to the Common Core — Understanding Language
Kenji Hakuta and Martha Castellón present the challenges and opportunities for English Language Learners
Secrets of My Online Success
Language Magazine asks the experts how to get the most out of online professional development programs
Immigration Reform and English
Paul Musselman sees the proposal for an ESL requirement as an opportunity to innovate
Mathematically Speaking
Gisela Ernst-Slavit and David Slavit explore the linguistic challenges created by calculations
Study in Uruguay
2016 marks the 500th anniversary of the arrival of Spanish in Uruguay, so what better time to visit the Republic East of the Uruguay River?
Colombia Destinacíon Fantastico
Reviews Way with Words
Last Writes Richard Lederer is Full of the Joys of Spring