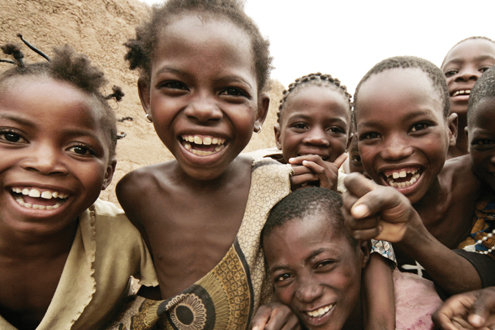 A bilingual approach not only improves educational outcomes in developing countries but could help close achievement gaps in the U.S.

A series of reports by Save the Children explores the role that language plays in the success or failure of educational endeavors in multilingual communities. One report by Helen Pinnock addresses the issue of language used in education by exploring why mother tongue-based multilingual education (MTBMLE) is key in developing learning skills, which in turn fosters student success and curbs dropouts. MTBMLE is particularly crucial in what Save the Children describes as “fragile” countries where oftentimes children are expected to receive instruction at school in a language that is not spoken at home. The report concludes that education ministers, national leaders, and donor agencies must take action to put MTBMLE in place with urgency in these communities.

The report, “Language and Education: The Missing Link” considers how the language of instruction can at best, deliver quality education and improve the performance of students and at worst undermine all efforts to educate. The report defines MTBMLE as “Learner-centered, active basic education which starts in the mother-tongue and gradually introduces one or more other languages in a structured manner, linked to children’s existing understanding in their first language or mother tongue.” Pinnock advocates teaching predominantly in the mother-tongue for at least six years as other language skills are developed in order to “deliver high quality learning outcomes.” In the forward, Nobel Laureate Dr. Rigoberta Menchú writes, “Many people know what it is like to struggle in school. Others know what it is like to be forced to drop out. For many children, this deep frustration and disappointment is not caused by physical or monetary barriers, but by the decision to teach in a language which they do not understand.” Without skills in the mother-tongue, schooling in a foreign tongue is nearly an impossibility. The report attributes lower-than-expected student performance in many countries to the language of instruction.

Certain contexts intensify the risks associated with teaching children in an L2. These contexts include living in an area affected by conflict or fragility, such as a nation where state legitimacy is threatened; a community with high linguistic fractionalization; a less-developed country with large rural populations, and having a large proportion of population without access to education in their mother tongue. According to the report, priority should be given to parts of the country where learning outcomes are poor and where national or foreign prestige languages are not widely used. Pinnock urges donor agencies, which often play a large role in education in high-risk contexts, to make language a priority instead of a side issue. Changing the language of instruction to the students’ first language would make learning easier for them and set them up for success.

Assessment in a language that the child is learning as an L2 typically results in lower scores than those of children taught in their mother tongue. Similarly, learning to read in an L2 is more demanding than becoming literate in the mother tongue. As schoolwork becomes more challenging and abstract, it becomes all the more daunting to a student who is taught in an L2. More often than not, this results in dropouts and for those who remain in school, academic achievement is low.

The report addresses common concerns about MTBMLE and creating new models for instruction in low-income communities. Pinnock gives practical recommendations on how to address these issues before they become problems, such as the task of creating material in the mother tongue on a small budget (she says materials can be made with one percent of the budget allotted for education), and how to support teachers through the transition. Cost is a major factor anywhere, but especially in fragile regions. Pinnock admits that the start-up costs of initiating MTBMLE can be substantial as it requires professional development and the creation of material in the mother tongue. However, it soon pays for itself. Pinnock says, “When fewer children have their education interrupted by repetition and dropout, it takes less time – and therefore costs less – to get the same number of children through basic education.” She cites a World Bank report that reveals that bilingual schooling in Guatemala is saving their government $5.6 million a year thanks to the reduction in dropouts and repeats.

Now that the cost of MTBMLE has been demystified in numerous studies and is shown to be a smart economic decision in the long run, fragile regions of the world are considering how it may affect power dynamics within the state. In states with linguistic fractionalization and tension among ethnic groups, language is a political issue. The report cites numerous violent conflicts in the world that have arisen because of language, such as Bangledash in the 1950s, and more recently, ethnic clashes in Syria and China. Pinnock quotes former head of UNESCO Bangkok, Sheldon Shaeffer, who acknowledges that problems of cost and logistics can be overcome; “More difficult to resolve is what can be an underlying but unspoken reason for refusing to use mother tongue — the fear that this will empower groups seen as historically, currently, or potentially disloyal to the state, thus threatening national unity. I think the argument must be made that groups whose language and culture are clearly recognized, valued, and even promoted by the state will be more — rather than less — loyal to the nation.” Implementing MTBMLE has the potential to assuage linguistic exclusion, which may seem to be a tactic for maintaining control over other ethnic groups. However, linguistic exclusion actually worsens economic instability and conflict. Pinnock argues that even though putting MTBMLE in place in these areas will be particularly challenging, it is most needed there as it can promote national unity and economic growth.

Pinnock takes an in-depth look at which countries are most at risk for high levels of failure in their education systems if MTBMLE is not implemented. Perhaps surprising to some, the U.S. is high on the list of countries with high populations of students who do not have access to education in their mother tongues. The U.S. is classified as having a “strong likelihood of educational failure for many; little chance of achieving skills targets in international languages.”

While this Save the Children report calls on fragile areas to act with urgency, the research on MTBMLE should not be disregarded in the U.S., which is listed as an at-risk state for mass educational failure. As school officials and national leaders debate about immersion programs for ELLs, the research on MTBMLE can play a role in designing bilingual programs that promote a nurturing learning environment to transform all students into critical thinkers capable of performing the same quality work as their peers who speak English at home. A key recommendation is to “understand that the more [teachers] help children to use and develop their mother tongues, the better children are likely to do in educational performance, including second language skills.” Students that are prepared to be successful learners will be better language learners and will have a smoother transition into an all-English curriculum.
Pinnock outlines specific benchmarks for achieving good language practice, all of which are applicable to the U.S. context:

* Local languages used by communities in everyday life should be used as the language of instruction throughout preschool and primary education.
* Children should learn to read first in the most familiar language possible, to maximize understanding and genuine literacy.
* Children’s mother tongue (MT) should be developed through primary (and beyond) to promote cognitive development.
* Teacher training and performance management should include:
a) support and requirements for teachers to understand the language and cultural background of children;
b) an understanding of language development (including importance of MT, of how children learn language, learning to read, etc.);
c) an understanding of the interdependence of MT and L2 development and appropriate L1and L2 teaching practices.

While implementing MTBMLE may be a daunting task, Pinnock and Save the Children argue that it is necessary in the U.S. education system. Politicians and community leaders all over the country have acknowledged that the educational system needs revamping, but they disagree on how to change it. Making an effort to provide instruction in mother tongues seems to be a key to improving education here. Teaching students in their own languages with a gradual addition of English will make them the best learners they can be, ready to tackle more advanced studies in the English language and set up for success in universities. It is time to accept that language is the missing link for U.S. schools, too.

For the full series of reports, visit www.savethechildren.org.uk/resources/online-library.