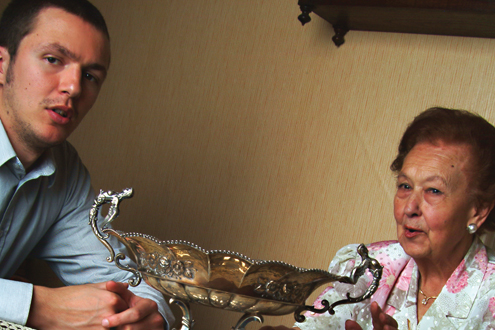 Fifteen years ago, Stephen Krashen (1996) published Under Attack: The Case Against Bilingual Education, a book in which he exposed and countered some of the most widespread arguments against bilingual education. Among them, that it is a threat to English, that the public is against it, and that it is less effective than immersion to teach English to ELLs. Interestingly, Krashen’s data clearly showed that English is far from being in trouble in the U.S., that polls show general support for the principles of bilingual education, and that even vocal critics of bilingual education ironically benefitted from its underlying principles during their respective English acquisition processes. Despite these revelations, adversaries of bilingual education have continued their attacks, stubbornly reiterating the arguments above (Crawford, 2004).

One of the most widely used arguments in this regard is the claim that many immigrants have done well without bilingual education, their success in English largely the result of having “immersed” themselves in this language (de la Peña, 1991; Porter, 2009). Notwithstanding, many such cases are simply anecdotes dangerously oversimplifying an otherwise complex and lengthy process. Ramos and Krashen (2001), for example, exposed the numerous unacknowledged advantages enjoyed by a majority of these cases. The present article continues this line of research by investigating the factors contributing to the English acquisition process of an outspoken critic of bilingual education and of the use of Spanish among Spanish-speaking families, Ernesto Caravantes.

Caravantes is a self-proclaimed “educator, counselor, social critic, author, and speaker… [whose] thought provoking books and orations have placed him in the league of some of the nation’s most well-respected thought leaders” (sic) (Caravantes, 2011). In his three books to date (Caravantes, 2010; 2008; 2006), Caravantes points to Latinos’1 lack of English and insufficient regard for education as the two main causes for their disenfranchisement in the U.S. In this regard, he thinks that Latinos’ embracement of their cultural identity is at the heart of their resistance to English (Caravantes, 2006).

To overcome Latinos’ chronic underachievement, Caravantes recommends their quick assimilation into American society and learning English: “The Latinos who became successful college graduates and became excellent in their chosen field are the ones who made an effort to learn English” (Caravantes, 2006, p. 2). Yet, this requires significant changes in their patterns of language use at the family, school and societal level, namely the discontinuation of Spanish at home and the elimination of bilingual education programs (Caravantes, 2006).

In contrast to this apparent negative attitude toward English and assimilation, Caravantes offers his own successful experience as a Latino growing up in Southern California as a child of Mexican immigrants. He was born in Lakewood, the only son of parents who used exclusively Spanish at home. As a result, he faced tremendous challenges at the all-English-speaking parochial school he attended as a child (Caravantes, 2006). Yet, after his 2nd grade teacher told his mother during a parent-teacher conference: “You either teach this boy English or go back to Mexico” (Caravantes, 2006, p. 11), his “bright and intelligent” (Caravantes, 2006, p. 11) parents switched to English at home, exposing their son to television programs, books, and movies exclusively in this language. However, the damage had already been done and Caravantes spent the next five years of his life (Caravantes, 2008; 2006) in remedial English classes. This predicament “challenged his confidence but fueled a determination to succeed, academically and otherwise” (Caravantes, 2008, p. 89) that motivated him to catch up with his English-speaking counterparts in the 8th grade, finish high school, and further his education, earning masters degrees in Counseling and American History, respectively (Caravantes, 2006).

While Caravantes’ description of his English acquisition process and academic achievements is just briefly touched upon in his books, the simplistic attribution of his success in life to his parents’ discontinuation of Spanish at home merits a more detailed analysis. In fact, a closer look at the information provided in his volumes reveals the many advantages he enjoyed throughout the process. Advantages that, incidentally, are not available to a large majority of the individuals he considers “lazy” and “stubborn” for retaining their Spanish while supposedly resisting English (Caravantes, 2006: xi).

Firstly, Caravantes´ parents were “both bilingual and very proficient in the English language” (Caravantes, 2006, p. 110), having relocated from Mexico to the U.S. during their teenage years (Caravantes, 2006). Naturally, this allowed Caravantes to receive the home support in English and Spanish he needed to understand the content learned at school. Caravantes himself acknowledged the impact of his parents’ involvement in his education when stating, “I know that this is what allowed me to remain academically strong” (Caravantes, 2006, p. 34). Far from being restricted to his elementary school years, his parents’ help continued well into his academic career: “Writing my thesis was quite an ordeal… My father aided my efforts tirelessly by reading, proofreading, and editing the thesis” (Caravantes, 2006, p. 113).

Additionally, his only child status allowed him to participate in numerous extracurricular activities, which provided him with large amounts of input in English: “I am an only child; thus, a lot of resources could be culled for my success alone” (Caravantes, 2006, p. 1), among them “private tutoring at home in a wide range of subjects… These lessons included instruction in drawing, karate, swimming, math, racquetball, tennis, and the flute” (Caravantes, 2006, p. 109). Lastly, he grew up in areas with a strong English presence: “My upbringing in the primary Caucasian communities of Long Beach and Lakewood served to mold and shape my values. As a child I was surrounded by white, Anglo-Saxon Protestants (sic) culture” (Caravantes, 2008, p. xix).

In light of these boons, it seems difficult to accept Caravantes’ blaming of his parents’ use of Spanish at home as the cause of his struggles in English for six years. On the contrary, it seems that his case is a clear example of the benefits of de facto bilingual education on second language acquisition: content and literacy development in primary language and comprehensible input in English (Ramos & Krashen, 2011; 2001). Caravantes was exposed to his primary language, Spanish, for approximately seven years and later received comprehensible input in English from his parents, from teachers while in remedial English classes, and from the various tutors providing him with enriching activities. In sum, and probably much to his chagrin, Caravantes is a poster child for the much-maligned educational program he so dismissively rejects.

Francisco Ramos is Associate Professor, Department of Elementary and Secondary Education, School of Education, at Loyola Marymount University in California.