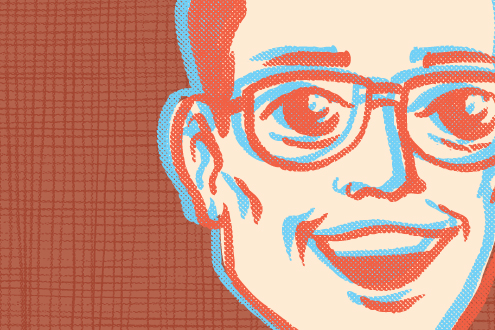 When we think about inventions, we conjure up visions of the wheel, the sail, and the electric light — artifacts that humankind has not always possessed. Words are such an integral part of our consciousness that we believe that they have always existed, like stones and grass and trees. But words are more like weaving and flint tools. Each new word is inventively spoken or written for the very first time by a particular human being at a particular moment.
Although the identities of most of these wordmakers are lost in the mist of history, we do know who were the creators of a number of neologisms (“new words”). Many of these neologizers are novelists, playwrights, poets, and essayists who are gifted with a keen ear for language, who love to play with words, and who record their fanciful fabrications in print.
We know, for example, that nerd first appears in print in 1950 in the Dr. Seuss children’s book If I Ran the Zoo. Therein a boy named Gerald McGrew makes a great number of delightfully extravagant claims as to what he would do if he were in charge at the zoo. Among these fanciful schemes is:

And then just to show them, I’ll sail to Ka-Troo
And bring back an IT-KUTCH, a PREEP, and a PROO,
A NERKLE, a NERD, and a SEERSUCKER, too!

The illustration for NERD shows a grumpy Seuss creature with unruly hair and sideburns, wearing a black T-shirt — not terribly nerdlike. For whatever reasons, it-kutch, preep, proo, and nerkle have never been enshrined in any dictionary.
In addition to the lexical creations of Joseph Heller, Charles Dickens, Lewis Carroll, James Barrie, L. Frank Baum, John Milton, Sir Thomas Moore, and William Shakespeare, discussed elsewhere, here’s a list of ten authors who have contributed neologisms (“new words”) to our language, who have sculpted significance from air and changed the world by changing the word:

Richard Lederer M.A.T. English and Education, Ph.D. Linguistics, is the author of more than 40 books on language, history, and humor. His new book, A Tribute to Teachers, is available now at his web site — www.verbivore.com. Write him at [email protected]