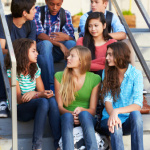 The work will comprise national surveys of elementary and secondary language programs, combined with the findings of the MLA 2013 Language Enrollment Survey, to provide a comprehensive overview of K-16 foreign language education enrollments in the U.S. today.

“Foreign language education has decreased dramatically at the elementary and middle school levels over the past decade, thus erasing gains made in previous decades,” notes Dr. Terrence E. Wiley, president of CAL.

At the same time, however, there is a growing movement among many schools to provide innovative language instruction at the elementary school level, through immersion programs, online, and in summer and after-school programs. “A 2009 American Councils census of senior secondary enrollments in the less commonly taught languages revealed considerably greater diversity among learners, school districts, and languages taught in the U.S. than in past decades, particularly for Chinese, Japanese, and Russian,” according to Dr. Dan E. Davidson, president of American Councils and a co-author of the earlier study.

The Comprehensive Survey will document and inform stakeholders and policymakers at all levels of the educational system about the locations, levels, enrollments, and types of programs that currently constitute the K-16 educational capacity in world languages in the U.S. Among other benefits, the information from this study will enable more effective and efficient national language planning, including the building of “pipelines” for recruitment and enrollment in programs needed in the private and public sectors, like The Language Flagship.