No Country Is an Island 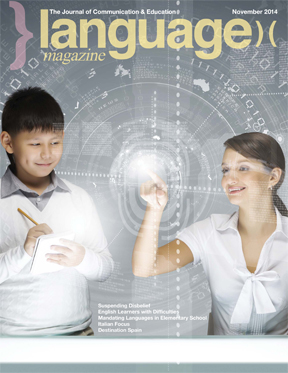 Recognizing that we live in a global village is the massive step that this generation needs to take. Not to make more money, find cheaper labor or new markets, but to realize that everything we do has a consequence; that events happening on the other side of the world can very soon have repercussions in our own backyards. Better international understanding and communication are no longer merely desirable — they are essential to our survival.

The most obvious example of our interdependency is the environment and the catastrophic consequences of global warming. We know that the effects of our pollution can be felt worldwide and vice versa. Tackling the causes of temperature rises requires communication, cooperation, and understanding on a global scale. Even if we in the U.S. and Europe manage to curb our output of pollutants, we will have to assist developing economies achieve growth without producing anything like the same levels of pollution that we did during the same period of economic expansion. Such cooperation will require an enormous degree of linguistic and cultural understanding.

A timely example is the Ebola outbreak in western Africa and the ensuing reaction here in the U.S., which demonstrate how ignorance, or even just lack of understanding, can cause knee-jerk reactions which only compound the situation. The threat of Ebola spreading worldwide is very frightening and we must do all we can to contain it, but closing ports and vetting visitors is not only impractical, it is ineffective. Better dissemination of information in Africa would do far more to staunch the disease’s spread (see “Ebola Prevention Lost in Translation,” page 15) while at home; responsible reporting and translation of key points into minority languages would help to limit hysteria.

Like it or not, we’re also affected by conflicts all around the globe, and, intentionally or not, we may even provoke conflict through the combination of our interconnectedness and lack of in-depth cultural comprehension. We were ignorant of the insurgents in Syria and Iraq fighting to create a radical Islamic state until they started to provoke a U.S. military response through their deplorable use of mass media. The civil war in Ukraine, where suppression of linguistic rights helped to trigger conflict, has pitted the U.S. and Europe against Russia to a degree not seen since the Cold War.

Yet another key issue that requires understanding and communication on an international level is immigration. Only when the effects of cross-border economic and political policies are taken into account can we even start to understand immigration flows. And that’s just the beginning. Migration is one of mankind’s oldest traditions and is of great significance to many cultures. Although the desire for safety and an acceptable standard of living is the driving force behind migration, the reasons for moving to secure such basics are complex and varied.

Solving the problems that affect us on a daily basis now requires in-depth knowledge and understanding of language and cultures that were worlds apart just a generation ago. We are left with no choice but to accept global citizenship and endeavor to promote international understanding and cooperation by improving and expanding all types of linguistic and cultural education, including English as a common language.

Italian Destinations A selection of schools representing the diversity of Italy