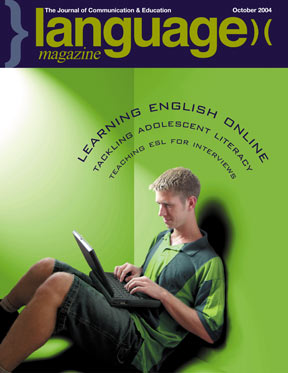 With the U.S. presidential election only a month away, the media is being dominated by news of the candidates — where they are, what they are saying and what others are saying about them. However, one of the electorate’s major policy concerns is receiving very little coverage — education. Maybe it is not as exciting as foreign policy, as controversial as service records or as gritty as taxation, but education policy always ranks as a major issue amongst the American people, so here is a quick summary of the candidates’ plans:

John Kerry will establish a National Education Trust Fund to ensure that schools always get the funding they need. He also promises to ensure that No Child Left Behind works for schools, states, and teachers by rewarding those who meet higher standards and rewarding schools that turn around and improve.

He will enact a new bargain that offers teachers better training and better pay in troubled schools, and asks for more in return, including fast, fair ways to make sure that teachers who do not perform are removed.
The Kerry-Edwards “School’s Open ‘Til ‘Six” initiative will offer after-school opportunities to 3.5 million children, through programs that are open until 6 p.m. and offer safe transportation for children.

As president, John Kerry will offer a fully refundable College Opportunity Tax credit on up to $4,000 of tuition for every year of college and offer aid to states that keep tuitions down. And he will launch a new effort to ensure that workers can get the technical skills and advanced training they need.

President Bush is promising to provide $250 million annually to extend state assessment of student reading and math skills. He will continue efforts to improve early childhood education through the Healthy Start, Grow Smart program, including strengthening Head Start by focusing more clearly on school readiness, training parents in early literacy and allowing states to integrate Head Start programs into their existing pre-school preparedness efforts in order to make better use of combined Federal and state resources. He will give priority consideration for funding to states that have a coordinated early childhood plan involving Head Start, pre-K, and child care services.
He will fund development of the most effective curricula and programs for teaching children early literacy and math skills; establish developmentally appropriate measurements; and identify effective adult and family literacy programs.
His plans also include the expansion of Reach Out and Read, which seeks to make early literacy a standard part of pediatric primary care, engaging faith and community-based organizations to help provide parents with the skills they need to advance their children’s healthy development, and increasing outreach efforts to minority families to better disseminate effective early childhood development strategies.

President Bush began his term well by garnering bipartisan support for his flagship No Child Left Behind Act. However, support for NCLB has faltered as its principles have not been put into practice. Senator Kennedy summarized the position last month, “Since the law passed, the country has seen the promise of funding No Child Left Behind flagrantly broken by the Bush administration, time and time again.”