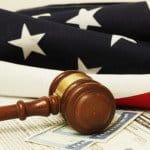 Supporters of the legislation argue that the government should not bear the responsibility of guaranteeing that non-English-speaking individuals can participate in government solely using their mother language, and that the costs of translation and language services are large and unnecessary. Inhofe says, “The United States’ culturally diverse population is what makes our nation great, and what helps us move forward together as a society is the ability to communicate to one another. The English Language Unity Act declares English as the official language of the United States and will help set legal immigrants on a path to success as they integrate and work towards becoming citizens. As a nation built by immigrants, this legislation will strengthen the cords of unity that comes from sharing one vision and one official language.”

In almost every session of Congress, an unsuccessful amendment is proposed to adopt English as the official language of the US. While the English Language Unity Act boasts the country’s diversity and takes pride in the cultural unity that languages provide, it overlooks bilingual education and undermines the rights of the non-English-speaking population in America.