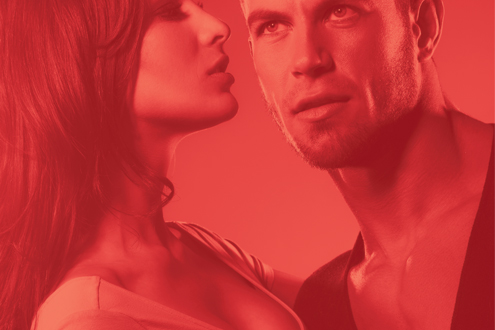 After you get over the idea of sweet Felicity spying on the American government, the Cold War intrigues, complicated marriages, and fashion staples of the ‘80s make The Americans a dramatic and entertaining watch. But is it believable? With another season of FX’s political drama just around the corner, let’s look at the question from a linguistic point of view.

The Americans tells the story of two Soviet KGB spies living undercover, as an all-American couple. In flashbacks to their late adolescent years in the USSR, we can hear them speak English with heavy Russian accents. Yet the Jenningses, the perfect couple, are somehow able to switch to flawless American English in the U.S. Could the language training they received as young adults in the USSR and the years spent in America be enough to rid them of any traces of a Russian accent, which does not slip out even in emotional moments? Common observation will probably tell you otherwise. Think of your own acquaintances, friends, or family. You might know someone who was immersed in another language from childhood and now can pass for a native. However, you probably also know many people who started learning a language at a later stage and never mastered a foreign accent, even after years spent in the target country. Is there any science behind this observation?

Age belies accent
Youth is important or even indispensable in the acquisition of native pronunciation — say a number of theories. The critical period hypothesis advanced by biologist Eric Lenneberg (Lenneberg, 1967) states that there is a critical time for language acquisition, which ends at puberty, when brain functions become fully assigned to specific portions of the brain and the organ loses its flexibility. This means that adolescents and adults are not able to acquire languages in the way that children can. According to Lenneberg, the window of opportunity for accent acquisition closes at age nine to ten. Phonology cut-off age claims supported by foreign language researchers usually range from six to 15. Some researchers argue for a less radical view called the sensitive period hypothesis, which claims that the point in time when this ability is lost cannot be definitively determined and may extend beyond puberty.

The closure of the critical period has also been linked to the loss of access to universal grammar, the innate language ability responsible for language development. According to the fundamental difference hypothesis (Bley-Vroman, 1989), late learners must rely on their native language knowledge (through which they reconstruct universal grammar) and on their general problem-solving skills, which makes the mastery of foreign languages at a native-speaker level virtually impossible. What also follows from the hypothesis is that the knowledge of one’s native language will affect the learning of a foreign language and that languages typologically closer to the native tongue will be easier to learn.

The interference of the native tongue with the target language is also said to contribute to the foreign accent in the speech of late learners. According to the unfolding hypothesis, the better developed the acoustic system of the first language is at the time second-language learning begins, the more it will interfere with the second-language pronunciation (Flege, 1999). Once the native phonetic system is established (at age five to seven), learners tend to inaccurately interpret target-language sounds in terms of similar sounds in their first languages, which results in foreign-accented speech.

Affective factors, i.e., certain emotions and attitudes (such as anxiety or self-confidence) might also influence the process of second-language acquisition. Krashen’s affective filter hypothesis (Krashen, 1982) and similarly, Schumann’s concept of psychological distance (Schumann, 1975) explain that adults reach lower levels of second-language proficiency than children due to the strengthening of the affective filter around puberty. This limits adults’ interactions with native speakers as well as the benefits from the input they do receive. The filter is said to rarely go low enough for adults to achieve native-like proficiency in a target language.

What happens in real life?
Empirical evidence to date has shown that the timing of the first significant genuine exposure to the foreign language — usually age upon arrival in the target country — has a profound impact on the “nativeness” of pronunciation. Although many age-related and age-independent factors might influence the degree of accent, including the length of residence in the target country, quantity and quality of input, the knowledge and use of native language, affective aspects, and language aptitude, the age upon arrival is usually viewed as the best predictor (e.g. Thompson, 1991).1

A number of studies relying on a variety of elicitation techniques — usually a combination of read-alouds and free speech — have shown that late learners are very unlikely to achieve native pronunciation in a second language. A study of 60 Italian immigrants reported that a substantial foreign accent started appearing only among those learners who came to the U.S. after about age twelve (Oyama, 1976). A study of 25 educated immigrants to Germany from various backgrounds revealed that no one with an age of first exposure above twelve scored in a definitely native/native/perhaps native range (Moyer, 2004). A decline in the ability to acquire a native accent around age 15 was revealed in another study, of 67 immigrants to the U.S. with diverse first-language backgrounds (Patkowski, 1980). Yet another study — of Italian immigrants learning English in Canada — found that early learners who rarely used their native tongues performed identically to native speakers on vowel perception tests, while late learners, regardless of how often they used Italian, scored significantly lower (Flege & MacKay, 2004).

Studies have also revealed that, although young age is essential, it is not sufficient to achieve native-like pronunciation. In some cases, accents may be detectable even among those who begin second-language acquisition as young children. An early study of 71 Spanish-speaking immigrants to the U.S. established that even though those who arrived before the age of six performed best and those who immigrated at or over the age of 13 worst in producing an American-like accent, none of the subjects ever achieved a native accent (Asher and Garcia, 1969). A study of 36 Russian immigrants revealed that learners who came to the U.S. before age ten had more American-sounding accents than the subjects who came later, with those arriving at age four having the least accented speech — though again, not accent free (Thompson, 1991).

In light of this data, we can conclude that it is virtually impossible that the Jenningses could have somehow acquired perfect American accents. Are there any studies indicating otherwise?

Evidence shows that adults can master a new accent! But does it really…?
Indeed, a few researchers reported some cases where adult language learners were able to pass for natives. However, those studies do not confirm that the Jenningses could learn to speak with perfect American accents at all times, because these experiments involved very limited elicitation techniques and tasks (self-reports, imitation, delayed repetition, or decontextualized reading), sometimes collected under strictly controlled conditions (prior intensive training or rehearsals), with some raising additional methodological concerns.

One of those studies (Seliger et al., 1975), that of 394 adults learning English/Hebrew, should be viewed as anecdotal, since the subjects self-reported(!) native pronunciation (7% of those who came to the target country at age 16 or later). The aforementioned imitation and delayed repetition tasks were given to 20 Canadian adults under intensive training of Chinese and Japanese (Neufeld, 1978) and 240 Italian immigrants to Canada (Flege et al., 1995), respectively. In the former experiment, 40% (for Chinese) and 45% (for Japanese) of subjects were judged as native speakers, while in the latter study, 6% of the late learners. Read-aloud tasks were used to assess the pronunciation of 30 late language learners with various first backgrounds acquiring Dutch naturally in the Netherlands (Bongaerts et al., 2000) and 22 late English learners of French living in Paris (Birdsong, 2007). In both studies, two subjects performed in the range of native speakers. Yet another study and its later replication (Bongaerts et al., 1997), both based solely or mainly on read-aloud speech samples, showed that the pronunciation scores of some of the highly advanced Dutch late learners of English living in the Netherlands were within the range of those obtained by native speakers. The first experiment included a free speech sample edited to 16–20 seconds, while its replication allowed for a rehearsal of tested items. Additionally, both studies are hardly generalizable due to the typological closeness of the language pair investigated and a robust presence of English in the Dutch media.

A comprehensive study of two English adult learners of Arabic, utilizing a variety of tests, reported the successful acquisition of a second language (Ioup et al., 1994). However, it seems that although both subjects performed very well, some judges were able to distinguish their pronunciation from that of native speakers on a speech-production task.

Research to date showing that one can master a native accent at a later age should be viewed with caution and is in need of careful and modified replication. At best, it currently shows that a late second-language learner can sound native under very specific circumstances. In order for studies to be generalizable to what late starters can do in terms of accent in real, meaningful communication, they should make use of, among other things, methodologies which include a wide range of decontextualized and natural free speech tasks (Moyer, 2007).

Flawless accents make the show flawed
Since the ability to acquire the phonology of another language declines with age, it is quite unlikely that adults — whether through KGB training, immersion in the target country, or any other conditions — would be able to achieve a perfect native accent and use it consistently in natural circumstances. Whether those conditions would realistically allow the Jenningses to master English syntax and morphology to the native level depicted in the show might be material for another exciting discussion (studies on the correlation of age and the acquisition of language components other than phonology are more optimistic for adults). Despite the credulity-stretching suppression of Russian accents by the main characters of The Americans, for a linguist, a Welsh actor pretending to be Russian pretending to be American is a must-hear.

Notes
1. Most studies do not specify if the subjects received formal language instruction before emigrating (as, presumably, the Jenningses did); however, there is little evidence to date that formal home-country instruction has any effect on the degree of foreign accent, with some studies (e.g., Thompson, 1991) suggesting there is no significant relation between the two.

Oyama, S. (1976). “A sensitive period for the acquisition of a nonnative phonological system.” Journal of Psycholinguistic Research, 5, 261-285.

Justyna Kozyra-Bober is an expert in Ameri­can studies, international education, and applied linguistics. She is the team leader of the EducationUSA Center in Warsaw and a program coordinator of the Fulbright Program in Poland. She has delivered talks on U.S. study and culture at universities throughout the country. Previously, she worked as a global language lead at Lionbridge Technologies, coordinating projects for Fortune 500 clients, and before that, as a translator and editor for the Museum of the History of Polish Jews. Kozyra-Bober holds an MA from the Institute of English Studies at the University of Warsaw (linguistics and American studies). She is a Fulbright Fellow (University of Texas at Austin, School of Education), and a Delta Kappa Gamma International World Fellowship recipient.