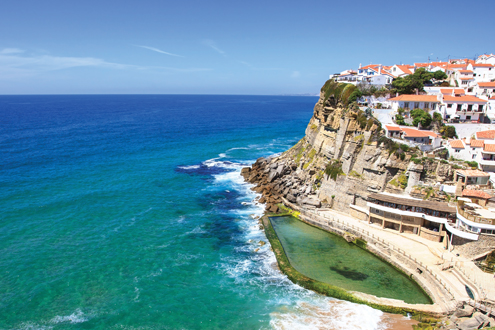 NELLE Escola de Línguas
NELLE is the language center of the Universidade do Vale do Itajaí, and has two locations in the state of Santa Catarina, located in Brazil’s south. Nelle has been offering courses in Portuguese as a second language since 1992, and the majority of Portuguese students are Spanish-speakers. The center receives so many Spanish-speaking students in part because of Santa Catarina’s close proximity to Spanish-speaking countries and partnerships with universities in Spain, Mexico, Chile and Argentina. NELLE coordinator, Cynthia Ebert, explained that courses are customized to meet the needs of Spanish speakers. “Among the challenges in teaching Portuguese to Spanish speakers, which are the focus of our programs, we can say pronunciation, the contractions of prepositions with articles, the use of prepositions in general, false cognates, and some issues with gender,” Ebert remarked.

BridgeBrazil
BridgeBrazil is located in the Centro of Rio de Janeiro among both colonial buildings and modern high rises. The school is a subsidiary of Bridge, and international language, education and travel company with centers all over the world. BridgeBrazil offers Portuguese for Spanish-speakers courses from beginner to advanced and they make a point of organizing these classes with an instructor who speaks Spanish. “The greatest difficulty learners face is being able to separate the Portuguese from the Spanish to avoid speaking ‘Portunhol,’” said BridgeBrazil’s Aaron Nathan. “Another main problem learners face is the nasal sounds in Portuguese as they don’t exist in Spanish.” Nathan cited the importance of Brazil as South America’s largest economy as one of the main factors that bring Spanish-speakers to BridgeBrazil to learn Portuguese.

Associação dos Amigos da Casa do Caminho Language Centre
Casa do Caminho was founded to financially support and assist the Casa do Caminho Orphanage, which houses about 35 children. All profit from tuition and course fees go directly to the orphanage. Casa do Caminho has two special courses for Spanish-speakers: a 15-hour intensive course completed in one week, or a 60-hour course completed in four weeks that covers grammar, pronunciation, and the differences between Portuguese and Spanish. By explicitly pointing out the differences between the languages, students might have the knowledge needed to avoid Portunhol. Many students choose to study at Casa do Caminho for the special contact they get with the children at the orphanage and the opportunity to use their Portuguese skills to play with the children.

Associação Cultural Brasil-Esados Unidos
ACBEU is located in the picturesque neighborhood of Vitória in Salvador, Bahia. Coordinator Clara Ramos explains, “Portuguese classes for Spanish speakers are distinct as these students correlate the two languages and acquire the concepts relatively quickly since they are so similar.” ACBEU offers special material especially for Spanish-speaking Portuguese students.

Do you have any tips or tricks for teaching Portuguese to Spanish-speakers? Tweet us @langmag.