Royal Academy Director Predicts a Grand Future for Spanish in the U.S. 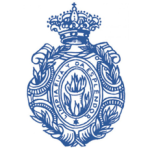 Dario Villanueva, the director of the Royal Spanish Academy, said in an interview with Efe in San Juan that, “Spanish in the U.S. is gaining tremendous momentum thanks to the growing regard for Hispanics.” Villanueva is an advocate for bilingualism in modern society, and cites Spanish as being a good example of a language that lives in harmony with many others. There are reportedly over 45 million Hispanophones who speak Spanish as a first or second language in the U.S. and 6 million Spanish language students, making the number of Spanish speakers in the U.S. greater than the population of Spain.

Last October, the Royal Spanish Academy presented the 23rd edition of the Spanish Language Dictionary, which is a growing authority as the number of Spanish language speakers increases. The 22 official language academies of the various Spanish-speaking countries are currently working together to smooth out the most disruptive differences and create a kind of “general Spanish” that will be accessible to all speakers of the language.

Villanueva commented on the the consolidation of Spanish as a global language, saying, “It is independence that gave strength to Spanish and not the colony.” The director recalled that in the Spanish imperial era only 20% of the inhabitants of Spain’s territories in the Americas spoke Spanish. Villanueva says that this, along with the prevalence of the Spanish language in Puerto Rico, Cuba, and the Philippines, reflects the vitality of the Spanish language and its “enormous symbolic significance.”