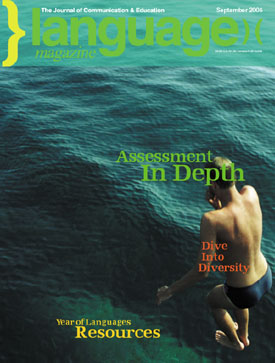 In the U.S., education has been a key issue in national politics for decades, but the level of federal involvement in what is supposedly a state responsibility has never been greater. The scope of the No Child Left Behind Act leaves little leeway for state policy, which raises legal questions because Congress must act within the limits of federal authority established by the Constitution. The Constitution reflects a careful balance between the powers of the federal government and those of the states. James Madison argued, “The powers delegated by the proposed Constitution to the federal government are few and defined. Those which are to remain in the State governments are numerous and indefinite.” The Constitution defines this balance in the 10th Amendment: “The powers not delegated to the United States by the Constitution, nor prohibited by it to the states, are reserved to the states respectively, or to the people.”

Yet NCLB assumes sweeping authority: “The purpose of the title is to ensure that all children have a fair, equal, and significant opportunity to obtain a high-quality education and reach, at a minimum, proficiency on challenging state academic achievement standards and state academic assessments.” To achieve this, NCLB sets extensive requirements for states, including establishing an accountability system and staffing schools with high-quality professionals.

Past court decisions have declared that the Constitution does not, either explicitly or implicitly, establish education as a right or delegate the authority over schools to the federal government. Instead, education is within the domain of state and local governments. As the U.S. Supreme Court said in the landmark Brown v. Board of Education opinion, “Education is perhaps the most important function of state and local governments.”

The federal government can only enforce the provisions of NCLB as a contract for which it must provide funding and now states are claiming that they are not receiving the required funding (see page 12). Whether or not you support the legislation, there can be no argument against the federal government providing the money required to implement policy it has mandated.

Even if states do receive adequate funding and incentives for the implementation of the Act, there must be some doubt about its legality. When NCLB was first introduced, it had bipartisan support and nobody seemed to disagree with its principles, however, its practice has proved flawed and it is now faced with a rapidly growing opposition. Conservative opponents support the states’ rights to determine their own education policies, while liberals object to the stringent provisions of the Act. Maybe if they bury their differences and work together, their alliance may result in more a workable compromise which will benefit all of our children.

Assessment In Depth
Choosing an assessment system is a very time consuming process, so Language Magazine has put together a simple cribsheet to get the ball rolling

Multiple Choices
Our guide to choosing the right assessment system

This Pen is Mightier Than the Word
Steven Donahue tests the merits of the ReadingPen, an invention which scans words instantly, providing definitions and translations to language learners