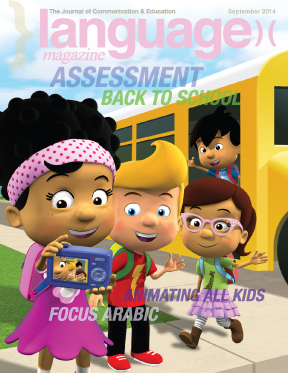 Just in case the roll-out of the Common Core State Standards wasn’t getting enough media attention, Louisiana governor Bobby Jindal has filed a federal lawsuit against the Department of Education and its secretary, Arne Duncan, claiming they have illegally coerced states into adopting the Common Core State Standards (CCSS) in violation of the state sovereignty clause in the Constitution, as well as federal education law.

While Jindal’s move may be political posturing with an eye on the Republican presidential nomination, the CCSS are causing upheaval and anxiety across the country. That’s not necessarily a bad thing — concern often facilitates change for the better — but it is worrying that teachers of English language learners (ELLs) and students with disabilities are feeling particularly discouraged about the CCSS according to a new report published by Education Week Research Center, “From Adoption to Practice: Teacher Perspectives on the Common Core.” Teachers of ELLs reported feeling the least confident about integrating the CCSS into their teaching. Over half of the ELL teachers surveyed felt unprepared. These findings are hardly surprising considering a dearth of CCSS-aligned material for ELLs who are subject to the same grade-level standards as their native English-speaking peers.

Assessment is at the very core of the CCSS, so it is of paramount importance that it is established how children are assessed, taking into account learning styles and personal preferences, and how the results are used. The two national testing consortia (Smarter Balanced and PARCC) have received considerable federal funding to ensure that their assessments work for students, parents, teachers, and administrators but, according to the survey, most teachers were familiar with the CCSS but less familiar with the aligned assessments currently being developed, and 39% responded that they had no familiarity with the assessments.

Teachers need to support the assessment programs for them to be effective. To win teachers’ support, assessments must help children learn — they must be formative, and measurement must take into account the individual.
The National Research Council stated the purpose of educational assessment, “Educat­ional assessment seeks to determine how well students are learning and is an integrated part of the quest for improved education. It provides feedback to students, educators, parents, policy makers, and the public about the effectiveness of educational services.”

Recently, Arne Duncan, the staunchest supporter of the CCSS and necessarily its aligned assessments, advised caution: “Educators work all day to inspire, to intrigue, to know their students — not just in a few subjects, and not just in ‘academic’ areas. There’s a whole world of skills that tests can never touch that are vital to students’ success. No test will ever measure what a student is, or can be. It’s simply one measure of one kind of progress. Yet in too many places, testing itself has become a distraction from the work it is meant to support.”

The word assess comes from the Latin verb assidere, which most commonly means “to sit beside” as in council. However, it also has the less common meaning “to besiege.” If we are to make progress in improving educational outcomes with the introduction of the CCSS and its accompanying assessments, then we must ensure that they are used to assist, inform, and encourage rather than besiege.

Arabic at Large
They may be at opposite ends of the Arab world, but both Morocco and Oman offer international students the cultural experience of a lifetime within safe environments

Testing Form and Function
Tests come in all sorts of shapes and sizes, so here’s a reference guide to help supervisors, administrators, and teachers choose Common Core–aligned assessments