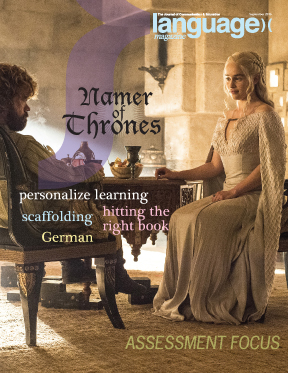 The results of two national polls by Education Next and PDK/Gallup released last month, which apparently reveal a divide in Americans’ attitudes to testing, have put assessment back on the public agenda. Although media attention has focused on the supposed contradiction that in one poll the majority of respondents opposed allowing parents to opt their children out of taking standardized tests, while the other found the opinion that there was too much emphasis on testing, the real debate should be about what we can do with the information gleaned from assessments to improve the educational opportunities for all of our students. Used in the right way, assessments are vital to educational success.

According to Education Next’s survey, 59% of adults and 52% of parents oppose allowing children to be excused from taking standardized tests, while just 25% of U.S. adults support the ability to opt out. On the other hand, a PDK/Gallup poll found that 44% of U.S. adults and 40% of parents believe that parents should be permitted to opt their children out of standardized tests. Both polls were large, representative national samples, and their findings on other questions, like whether people approve of their local schools, are very similar.

The variance may be the result of who was doing the asking. Education Next is an education-policy journal backed by organizations that generally support the Common Core State Standards and test-based accountability, while Phi Delta Kappa International (PDK) has been critical of test-based accountability. Or, the truth may be that the majority has a much more nuanced understanding of the value of assessment, and believes that while all children should be assessed annually in English and Math during grades 3-8, and once in high school (as EdNext found), there is too much emphasis on standardized testing in public schools (as found by PDK/Gallup). It’s quite possible to feel that there’s “too much emphasis on standardized testing” and at the same time support annual federally-mandated tests.

Much of the opposition to student testing arises because the results are used as benchmark performance data rather than to benefit teachers, parents, and students. However, there’s a slew of new formative tests (see p. 35) that are capable of providing precise information to help students succeed.

There is a valid cause for concern about over-testing so we need to examine the number and duration of tests in order to eliminate unnecessary assessments.

Too much testing does not help students and using test results to punish educators doesn’t work either. Formative assessments are key to discovering areas of strength and weakness, while standardized tests can serve as a guide for the direction of resources in order to make our school system more equitable. However, the saber rattle of high-stakes testing causes educators, parents, and students to divert resources from the long-term goal of improving educational opportunities and outcomes to the short-term imperative of avoiding sanctions.

The Home Run Experience
Vinnie Jordan Henkin and Stephen Krashen chronicle the Naruto Breakthrough: How the discovery of manga books was a catalyst in the English language development of a teen

Investing in German
Why and where to learn the übercool language of economics, engineering, and design