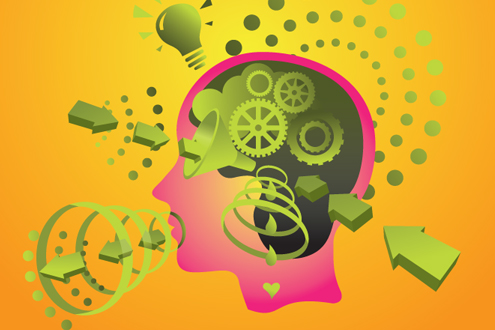 Among all the negative emotions, anxiety is considered “the most pervasively affective factor that obstructs the learning process” (Arnold, 1999, p.8). It is often linked to self-doubt, frustration, apprehension and tension (Horwitz et al., 1986). Despite its importance, researchers have yet to fully understand the relationship between communication skills and language anxiety. It is widely accepted that the language ego appears more vulnerable where oral skills are concerned. The development of oral skill is very challenging because of its potentially negative effect on the learners’ self-image (Horwitz, 1990).

Anecdotal classroom observations point to high anxiety levels among language learners during oral tasks, especially if they have to interact with a partner who has prior knowledge of the target language, such as a heritage learner. By contrast, heritage language learners appear to be less anxious when they are interacting with those whom they perceive to be less proficient. In fact, I have observed that traditional learners appear to have more anxiety when they know that heritage learners are in the classroom. In my own pedagogical practice I was interested in finding ways in which anxiety would be less (or more) of a factor during oral production.

Theoretical Background
In a study conducted by Koch & Terrell (1991), learners’ perspectives revealed that the participants considered oral activities as anxiety-producing. Mejías et al. (1991) assessed oral apprehension among learners. Results from their study showed that students with high communication apprehension in the classroom are likely to restrict their oral communication.

Additionally, unrealistic self-perceived ability and unrewarded effort to learn a foreign language are known as elements that can heighten language anxiety. Although intensive practice in speaking is intended to facilitate oral competence, it is also known for stimulating anxiety, which in turn can inhibit enjoyment associated with learning experience.
Furthermore, MacIntyre & Gardner (1994) argue that anxiety is related to both what learners say and how they say it. Not surprisingly, a tendency for anxious students to underestimate their level of ability and for relaxed students to overestimate theirs is also a trend that shows evidence of “self-enhancement” in less anxious learners and “self-derogation” in more anxious students.

MacIntyre, Noels & Clément (1995) point to the existence of a vicious cycle, where the anxiety level remains high because the anxious learner does not accept evidence of increasing proficiency that might reduce anxiety. This vicious cycle allows for an assumption that learners who are more reluctant to speak will not progress as rapidly as their more relaxed counterparts and will more probably retain a relatively high level of anxiety. The authors argued that self-enhancement would probably facilitate language learning while self-derogation would impair progress. They highlight that it is important to consider student self-perceptions and expectations in order to attenuate anxiety’s negative effects on learner motivation and eventual proficiency.

The following are two research questions based on the aforementioned review and prompted by classroom observations:
1) Would changing the grading procedure (high-stakes to low-stakes) affect students’ anxiety level during oral tasks?
2) Are there differences in self-assessment scores between groups of learners?

I. Procedure
Participants were 31 students enrolled in two elementary Portuguese classes in Southeastern Massachusetts. Although there is a high percentage of heritage learners in the Portuguese classes taught at this university, there were only three such students in the two classes combined.

As part of the students’ participation grade they were required to do weekly oral tasks. In addition, their final grade was partially based on two oral exams. As for the oral tasks, groups of two students were given communicative situations in which they had to produce the language to complete the task. For example, in one role-playing task, one student pretended to be a Census interviewer while the other answered biographical questions. It should be noted that students completed pre-activities in which they learned about cultural differences between Brazil and the U.S.

Students were aware that their performance in the oral exam counted for their final grade. As with the oral tasks, they were not allowed to write dialogues or scripts. They did have about five minutes to prepare and practice, while I closely monitored them to enforce the use of the target language.

The students were asked to complete a self-assessment survey after each oral task/exam which included a rubric describing the criteria for evaluation and two questions related to anxiety. On the rubric, learners rated the use of appropriate vocabulary, adequate grammar structures, their ability to ask/answer questions and the appropriateness of opening/closing the conversation. Students could give themselves a score out of five points for each category, and ten points were designated to the overall comprehensibility/ease of expression. In addition, to assess anxiety level, learners were asked to describe how anxiety affects their oral presentation. They also rated their anxiety level “prior to” and “during” the exam. Using a likert-scale ranging from one (not anxious at all) to five (very anxious).

II. Results
Although this is not strictly a quantitative study, there are some numerical data. First, students could give themselves a score out of 30 points for their self-assessment. They did this twice: once for the oral task and once for the oral exam. Second, they were asked to rate their level of anxiety “prior to” and “during” the time of the exam. They completed this rating after the tasks/exams.

As expected, during the first oral exam almost all (13/14) of the learners in Class A reported anxiety levels between three and five (extremely anxious), and (9/17) of the students in Class B gave themselves anxiety levels between four and five. As for self-assessment, (16/31) of the participants rated themselves lower than the grade given by the instructor. These results point to a discrepancy between what students know and what they think they know. These findings also indicated that learners have low linguistic self-confidence and, therefore, high anxiety levels. Predictably, more than half (9/14) of the students in Class A gave themselves lower anxiety ratings on the second oral task/exam. To be clear, this is the task that they were not aware of its high-stakes status. At the same time, some students (4/14) maintained their anxiety scores. Only one student actually reported an increase in his anxiety level on the second rating.

The differences between “prior to” and “during” anxiety level scores were very similar for both classes. In Class A, students reported that anxiety levels went up (5/14) during the presentation, while in Class B those levels also improved (5/17) in the same context. Interestingly, anxiety levels went down for Class A (6/14) and for Class B (5/17) when comparing levels of anxiety “prior to” and “during” the exam. In both groups, some were more anxious during the presentation than before it, whereas about the same number was less anxious.

Participants were asked to indicate the manner in which anxiety impairs oral presentation. Answers to this question were relatively consistent. Most responded that feeling forgetful, unknowledgeable and unconfident was the most evident consequence of being anxious. In fact, they highlighted that being anxious makes them forget things that they know such as word order and verb conjugation, for example. Some reported that anxiety makes them hesitant, shaky and insecure. At the same time, learners claimed that apprehension affects speech pace, impedes thought processing and impedes memory. One student said, “Anxiety hinders my ability to speak and act comfortably as well as causing me to mishear and misword [sic] my thoughts out of fear for making mistakes.” Another offered, “Sometimes when I am anxious I draw a blank with something easy that I know I knew it.” These symptoms of anxiety appear to enhance the discrepancy between efforts and results and disrupt leaners’ attention and confidence before, during and post-tasks.

III. Discussion and Conclusions
Initial observations indicated that students were more anxious in the oral exam as opposed to the oral tasks. This prompted a change in the methodology and the grading procedure. Maybe not conveying to learners the high-stakes status of the task would help diminish their anxiety and therefore improve their performance. So, one of the weekly oral tasks was counted as an oral exam. Students indicated that they were pleased with this procedural change. By the same token, some learners were more comfortable or less anxious when they were not aware that the weekly oral test was being included in their final grade. Because this was a low-stakes activity, their anxiety level was lower and they performed better in comparison to the first oral exam. It should be noted that the second task included more vocabulary and was perceivably more demanding.

Although traditional learners were not separated from heritage learners, the former hesitated more and had lower self-assessment scores despite the fact that they completed the task satisfactorily. Results showed that in the second oral task learners perceived their improvement as they indicated in their post-task responses.

The first research question was answered positively. In other words, anxiety levels decreased for both classes when the grading procedure was changed. As indicated in the results, students either maintained or improved their scores when they thought that it was simply an oral task and not an oral exam. This was not a significant improvement, perhaps because the second task included more vocabulary, and more complex structures.

The second research question was partially confirmed, since self-assessment scores actually decreased for one of the classes (Class B). This happened despite the fact that the procedure was changed to improve their scores. That is, I hoped that with the procedural change, anxiety levels would decrease and therefore self-assessment would increase.
While conducting focus groups with students, it became clear that traditional learners were intimidated by the presence of heritage learners. In fact, results from Gontijo & Silva’s (in print) study about anxiety among heritage and traditional learners revealed that, in lower levels, there is only a slight difference between anxiety levels among heritage and non-heritage learners (with HLLs being slightly less anxious). Further research about anxiety and oral performance which takes into account heritage learners is strongly recommended.

Some of the findings seem to support a relationship between anxiety level and oral production. Students’ reports offer a great deal of information about this relationship. They tell us that for those students whose anxiety increased from first to second exam, it is better to be unaware of the high-stakes status of the activity. This strategy seems to work, diminishing the time spent thinking about the outcomes instead of focusing on the task itself, and heightening confidence. The data also suggest that for the learners whose anxiety levels lowered it is better to be alert about the crucial importance of the oral exam. This tactic would give them opportunities to prepare and to plan in advance. However, one could argue that the last is not a plausible alternative if an instructor intends to prioritize authentic and unrehearsed communication.

One of the most important things learned from this pilot study is that by treating oral production and exam as an ordinary task, the instructor helps learners lessen anxiety and improve the overall quality of their conversational skills. Perhaps instructors should also use self-evaluation as a tool to raise student awareness about unrealistic expectations and self-perceived competence they may hold.

Viviane Gontijo is a Ph.D. candidate at the University of Massachusetts Dartmouth. She holds an M.A. in Portuguese Studies and has twelve years of experience teaching Portuguese as a foreign language.