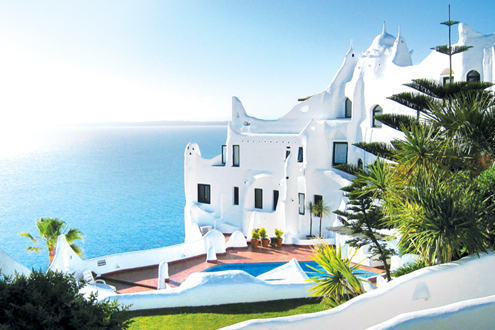 2016 marks the 500th anniversary of the arrival of Spanish in Uruguay, so what better time to visit the Republic East of the Uruguay River?

Uruguay is famously a popular destination for Argentine tourists who prefer the beaches of Punta del Este to their own. Despite regional recognition of Uruguay’s cultural appeal and natural beauty, however, it does not attract as many international students as other Spanish-speaking countries. Uruguay is still a well-kept secret. Bordered by Brazil to the east, the Rio de la Plata and Argentina to the north and west, and the Atlantic Ocean to the south, Uruguay is South America’s smallest Spanish-speaking country. It has also been one of the region’s most economically and politically stable countries since it became a democracy in 1984.

Unlike Buenos Aires, its big sister city across the river, Montevideo is a metropolis that knows how to relax. Perhaps the city’s magnificent waterfront, complete with beaches, makes the difference. Travel throughout and outside of Uruguay is convenient. Luxury coaches whisk visitors away to charming beach towns, from glamorous Punta del Este to smaller, quirkier communities like Piriápolis. The riverside town of Colonia del Sacramento has preserved infrastructure from both the Portuguese and the Spanish colonial periods and boasts art galleries, unique shopping, and original gastronomy. Buenos Aires is easily accessible by a short ferry ride, and the Brazilian state of Rio Grande do Sul is just a bus trip away.
Cultural attractions in Uruguay include Afro-Uruguayan Candombé music and dance, recognized by UNESCO as an Intangible World Cultural Heritage of Humanity. Tango is also a popular pastime. Uruguay is famous for its traditional barbecue and cattle ranching, rivaling Argentina and Brazil for producing the best beef.

Uruguayos speak the Rioplatense Spanish dialect, like their Argentine neighbors. Rioplatense Spanish is famous for its yeísmo, or more appropriately sheísmo, and the “y” and “ll” is typically pronounced like the English “sh” in Uruguay. The voseo is also used, and vos is the most common second-person singular pronoun. The language is marked by its absorption of indigenous words from the Quechua and Guaraní languages and words from the various European immigrant communities. Some examples include gaucho and pampa from Quechua, mate from Guaraní, and ananás from French. Some linguists attribute Rioplatense Spanish’s unique intonation to Italian influence.

Uruguay is an excellent option for Spanish study, with several attractive options including International House Montevideo, where in addition to Spanish language classes, students can take tango, Latin American history, Latin American literature, music, and IH Montevideo’s signature “Spanish Out There,” where students enjoy themselves outside the traditional classroom. IH Montevideo is located two blocks from the beach and takes pride in its customer service. “We cater to our students’ welfare and interests 24 hours a day,” explains Rosario Estrada, the school’s director. IH Montevideo is accredited by the Cervantes Institute.

Academia Montevideo is located in the heart of Ciudad Vieja, the oldest neighborhood in the capital, dating back to the 1720s. Their campus in a historical building has a viewing tower from which students can see the whole town, including the central plaza, Constitución. Despite the historical building, Academia Montevideo offers the latest technology for student use. The school offers Spanish courses at all levels as well as business and medical Spanish. Also accredited by the Cervantes Institute, Academia Montevideo offers test preparation for the DELE and CELU Spanish language exams.