The Changing Conflict of the Common Core 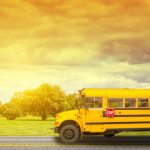 A recent paper on the importance of policy implementation as it relates to educational standards by Ashley Jochim and Lesley Lavery explores the creation and implementation of the new Common Core State Standards. In a idealistic effort to ensure that “all students, regardless of where they live, are graduating high-school prepared for college, career, and life,” (Common Core State Standards Initiative (CCSSI), 2015), the National Governors Association (NGA) and the Council of Chief State School Officers (CCSSO) began an initiative to change and improve the standards across school subjects addressed in the No Child Left Behind Act of 2001. The Common Core State Standards were adopted by forty-five states with support from both sides of the political spectrum. By 2015 states were slated to have fully implemented the standards, but the policy that began with broad support and relatively little controversy now has increasing opposition. Five states have rescinded and dozens more have introduced legislation to rethink participation and bring education policy back to the state level.

Although this suggestion of a devolution of power to the state often leads to the common assumption that opposition to CCSSI is perpetuated through stark partisan divides, the truth is, as Joachim and Lavery show, that it is due to the unforeseen costs and effects of policy implementation, such as privacy, accountability, technology, and cost. Jochim and Lavery stated, “To move from vague proclamations of support to full implementation requires highly specific decisions to be made about who to target, how much money to invest, and which stakeholders to engage. The winners and losers of political debates are profoundly shaped by these choices; some individuals face greater oversight, some programs win a greater share of available dollars, and new oversight authorities are established and threaten existing power bases.”

However, the political debate in regards to a centralized or localized government as it applies to CCSSI continues. A Ted Talk by Ken Robinson is making its rounds on the Internet again along with emerging news on the Common Core and as more students protest standardized testing. Robinson explores the successes of Finland’s school system comparing the population of the country to the population of a U.S. state. He says Finland moves educational, “responsibility to the school level for getting the job done. You see, there’s a big difference here between going into a mode of command and control in education — That’s what happens in some systems. Central or state governments decide, they know best and they’re going to tell you what to do. The trouble is that education doesn’t go on in the committee rooms of our legislative buildings. It happens in classrooms and schools, and the people who do it are the teachers and the students, and if you remove their discretion, it stops working. You have to put it back to the people.”