The Spread of Survival Spanish for Police Officers and Firefighters 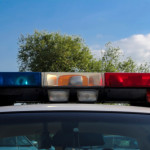 From online Spanish courses in Illinois to mandatory classroom sessions in Alabama, Mississippi, Texas, and California, police officers and firefighters in largely Spanish speaking areas are learning the second most widely spoken language in the US. Controversy arose when last month the Jackson Mississippi Police Department announced mandatory Spanish language classes four times a year as a condition of employment. Police Chief Lee Vance told Fox News Latino, “The purpose of this program is for our officers to learn basic commands. We’re not looking to make anybody fluent.”

The Department of Justice has been working towards the implementation of Language Access Plans in order to better deal with unexpected language barriers and minimize the potential for bad outcomes. Nearly 18% of the US population speaks a language other than English at home, and of that group, over 30% classified themselves as “limited English proficient” (LEP). There are federal laws obligating that police departments ensure that LEP people can access their services and a Language Access Plan would do that as well as save money in the long run. Although teachers, interpreters, and translators come at a cost, failing to accommodate LEP individuals can make the justice department vulnerable to civil suits with potentially more expensive consequences.

Dr. Sam Slick, president and CEO of Command Spanish, Inc. responded to criticism of legally enforced Spanish classes for cops and firefighters in Texas, saying, “We teach firefighters how to control fires and crowds and save people’s lives at a fire scene, but we don’t teach them fruits and vegetables,” Slick said. “We don’t teach [firemen] how to arrest people, because firemen don’t arrest people. We teach them only what they need to know.” Slick says that survival Spanish is a very important need and through a workplace specific curriculum those who are sworn to serve and protect can do so with greater ease.