Tying the Cable to Realia 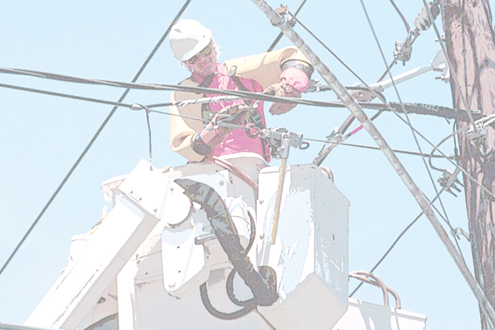 The most remarkable thing about the small town of McClelland on the southwestern edge of Iowa is the more than two dozen satellite dishes clustered on a small campus just outside of town. These dishes reach over 22,000 miles into space to pull down live television programming from countries as diverse as Laos, Bosnia, Sudan, and France for retransmission by SCOLA, a 501(c)(3) non-profit education organization. Foreign language television from more than 120 countries in more than 175 languages through eight regionalized channels is thus available through cable, satellite, and the internet. SCOLA also offers 12 subscription services on its website that provide foreign language resources such as multimedia language lessons, international radio broadcasts, and a digital library of foreign publications.

Just across the Missouri River in Nebraska, the Omaha Public School District uses the programming to better serve its 48,000 students, amongst which there are 97 first languages spoken. More than 175 schools and colleges across the U.S. use SCOLA resources to help develop their students’ language skills, give faculty access to valuable teaching resources, and spread cultural awareness across the campus. To access the service, schools purchase a yearly affiliation and subscribe for the web services they wish to utilize.

With school budgets shrinking at alarming rates, local cable companies such as Time Warner, Cox Communications, and Comcast have stepped into the equation to help schools afford access to international television. Whenever a cable provider agrees to carry one or more SCOLA channels, the subscription costs it pays underwrite a SCOLA affiliation for every K-12 school within the cablecast area.

With their affiliation covered by a local cable provider, schools can access foreign TV programming through their existing cable subscription and purchase the web services they wish to utilize. K-12 schools typically subscribe to six such web services and the two most popular are World TV Online (all eight SCOLA channels broadcasted live and archived for six days to download) and Insta-Class (prepared lessons based on foreign TV broadcast clips).

One of the main ways SCOLA increases K-12 curriculum is by providing an abundance of current, authentic world language material, particularly for less commonly taught languages, in one convenient location. While the internet abounds with resources for hundreds of languages, many of these materials are out-of-date, hard to track down, or subject to copyright problems. The great benefit of SCOLA is that it offers a vast repository of information available through one website, with the added bonus that the content is copyright-cleared for educational purposes: users may download, edit, and copy the material for the classroom with a school affiliation. Hana Zabarah, assistant professor of Arabic at Georgetown University, states, “I use SCOLA at all levels of instruction from beginners to advanced… (it) has tremendously reduced my work load. When I need a video or audio clip, I know where to go!”

One international fan is Julio Barreiro, an English instructor from Minas, Uruguay, who recently visited Omaha as part of the Fulbright Teacher Exchange Program. In his work, Barreiro finds the Foreign Text subscription service particularly useful: this service is a collection of approximately 25,000 digitally scanned newspapers, magazines, and other publications in more than 55 languages. Barreiro states, “Having newspapers from all over the world is very important because you can exchange ideas and have students work with realia (concrete objects used in classroom instruction). My teaching colleagues and I back in Uruguay insist on our students working with realia and exchanging material.”

In addition to improving world language teaching and increasing cultural awareness, schools use the service to help serve their rapidly expanding ESL student population. In Omaha’s public school system, approximately 6,800 K-12 students are enrolled in the ESL program, of which 86 percent speak Spanish as their first language, and the remainder speak a variety of languages including Chinese, Vietnamese, Russian, and Arabic. Omaha is also home to one of the largest Sudanese refugee populations in the U.S. and their children have language needs that must be addressed. With this programming, schools can access material in the languages their ESL students speak in order to better serve their needs.

Collaboration between cable companies and SCOLA benefits not only schools but communities as a whole. Pockets of immigrant communities with complex language needs are found across the country. One such area is Cleveland, Ohio, home to a vibrant European immigrant population including Germans, Poles, Italians, Hungarians, and Czechs with access to European television via SCOLA Channel One on three cable channels in the area.

Antonio Colas, a Madison, Wisconsin, resident, likes to watch TV broadcasts from his native country of Spain, “I started watching SCOLA transmission of the RTVE morning news from Spain because the predecessor of Charter Communications used to carry it regularly… It was and is very important to me to be able to supplement the meager dose of news from my home country provided by commercial or even public television.”

Closer to the McClelland campus, German immigrants in the Omaha/Council Bluffs area can watch 90 minutes of daily German TV on Cox Channel 110. “Having access to original German television and the Tagesschau newscast is a true window into the German culture of today,” states Dr. Olaf Böhlke, assistant German professor and director of the Hitchcock Language Resource Center at Omaha’s Creighton University. Along with the German-born population, Omaha’s Russian, Lithuanian, and Belarusian first-generation immigrants as well as many other European natives can watch TV programming in their mother tongues.

The diversity of international communities around the U.S. and an increased need to communicate in our globalized world have increased demand not only for less commonly taught languages but also rarely taught and virtually never taught languages. With SCOLA, students and teachers can find material in a wide range of languages from Quechua radio clips, to digital copies of the Shona newspaper Kwayedza, to more popular broadcasts from the Al Jazeera Arabic TV network.

The demand for TV broadcasts in native languages has spurred many ethnic communities to encourage local cable companies to carry international programming. In Omaha, the German Society of Nebraska, the Omaha Lithuanian Community, and the Omaha chapter of the Croatian Fraternal Union of America diligently canvassed Cox with requests, which resulted in the cable company offering SCOLA Channel One in the area.

“Not only did community action encourage Cox to begin carrying SCOLA programming, it also helped sustain it,” believes John Millar, SCOLA’s vice president. “When Cox stopped cablecasting SCOLA programming several years ago, international students at the University of Nebraska at Omaha and different ethnic organizations in the area petitioned Cox to bring SCOLA back on air.” The efforts of these students and support from ethnic communities helped Cox realize the vital need for foreign TV programming, and they quickly reinstated the service.

Schools can also contact local cable providers directly and request programming. Feedback from area schools helps further efforts to ensure that international programming is carried by cable providers in every state and region, giving all U.S. residents access to TV broadcasts from around the world.

John White, a Spanish teacher at Omaha’s Westside High School, recently spoke of the importance of schools having access to such resources through the support of local cable companies. “Without a doubt, SCOLA provides students and teachers with resources that otherwise they would not have. In a time when funding for education, particularly for foreign language, is going away, a resource like SCOLA is very beneficial and can be offered by cable providers for a price that is very economical.”

Cable providers themselves agree, as Gail Graeve states, “SCOLA has a tremendous impact on local K-12 schools within our cable footprint… SCOLA’s commitment in this arena is unmatched in our community and we applaud their efforts.”
With the help of local cable companies and the diligent efforts of its staff members, SCOLA continues to put foreign language content in classrooms across the U.S., increasing cultural awareness, and inspiring a love for languages in the students of today and the future.

Melissa Conroy taught college-level composition and literature courses for several years before joining SCOLA as a Producer. She is a freelance writer, a world traveler, and has a black belt in Japanese sword fighting.

Amy Ferryman is a Sales Account Executive for SCOLA. Before joining SCOLA Amy was lead data manager/graphic illustrator for a U.S. government contractor, a director/producer of documentary films, and a director of nonprofit no-kill pet rescue.

To see if your school is eligible for a SCOLA affiliation funded through a local cable provider or to request more information about SCOLA, please email [email protected] or call 712-566-2202. Visit www.scola.org to learn more.