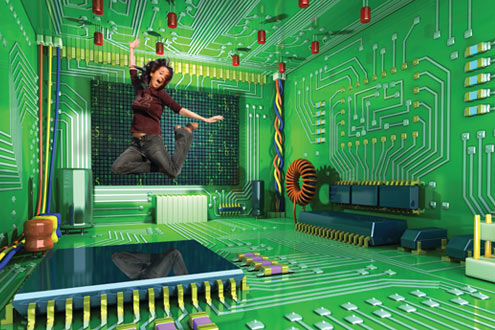 California’s Sweetwater Union High School District, situated just north of the Mexican border, enrolls more than 42,000 students in Grades 7-12. The district’s 32 campuses are located in the cities of Chula Vista, Imperial Beach, National City, and San Diego, and include the communities of Bonita, Eastlake, Otay Mesa, and San Ysidro.

Approximately half of Sweetwater’s students speak a language other than English at home and one-quarter are English Learners (ELs). Of the suburban district’s 10,400 EL students, approximately 80 percent are long-term ELs who began their schooling in one of Sweetwater’s four feeder elementary districts five or more years ago.

The remaining 20 percent of EL students, most of whom are fairly new to the U.S., are enrolled in intensive ELD courses. The ELD course sequence is four levels, which correspond to the California English Language Development Test (CELDT) levels of performance. The expectation is that students will advance one CELDT level per year in each course.

To place EL’s into the appropriate ELD course, Sweetwater relied on one assessment for many years. While the assessment originally contained 100 questions, teachers complained it took too long and cut the test to 50 questions.

“After that, the test was never updated,” said Oscar Medina, director of Sweetwater’s Office of Language Acquisition (OLA), and past president of California Association for Bilingual Education (CABE). “There were no alternate versions, so students became very familiar with the test. The test also didn’t address the domains of listening or speaking, so students were placed into courses based only on their English language skills in reading and writing. With a lack of oversight, this enabled a system whereby each school developed its own placement practices.”
In 2009, the district set out to standardize its practice and establish common placement and achievement expectations with quality, reliable data. “We wanted a test that would be as close as possible to the state assessment to provide as accurate a measure of growth as possible to meet accountability targets,” said Medina. “We also wanted quantifiable data that would reflect student performance on ELD standards throughout the year.”

To address these needs, Sweetwater implemented LAS Links at the end of the 2008-2009 school year. LAS Links is a comprehensive, integrated system of assessment, instructional placement, instructional guidance, and support for all English language learners.
In Sweetwater, LAS Links is used in every school to accurately assess the language proficiency of all EL students enrolled in ELD courses. “The LAS Links series is parallel in format and scope to the state assessment. This allows us to make sure our students are making adequate progress in a timely manner toward end-of-year proficiency expectations,” said Medina. “Administering this series has also helped our ELD teachers become familiar with the skills on which students are assessed as part of the federal accountability system. This greater awareness has prompted teachers to better address these skills in their instruction.”

“Another benefit is that the assessments produce quantifiable results by language domain,” he continued. “This allows for correlation studies with the CELDT, California Standards Tests, and within the LAS Links instruments. It also allows for more accurate placement and monitoring of students, and for more informed instructional practice throughout the year.”

For each of the four ELD course levels, Sweetwater uses LAS Links Benchmark Assessments as quarterly exams at the end of the first nine weeks of each semester. With these assessments, teachers can monitor each student’s progress in acquiring English language skills, and adjust the curriculum to address areas of student need and build upon areas of strength.

At each ELD course level, Sweetwater also uses LAS Links Forms A and B as end-of-course exams at the end of 18 weeks. Both forms meet NCLB Title III requirements to measure students in listening, speaking, reading, writing, and comprehension. Using the summative tests, teachers can measure student progress toward state standards and determine whether students are ready to exit the ELD program.

“LAS Links Forms A and B assessments are completely aligned to the CELDT in format, content, scoring, and norming. This allows the results from Forms A and B to be comparable to the CELDT. Using scale scores from each assessment, we can accurately measure English proficiency growth over the academic year,” said Medina.

“While we don’t use the built-in reports that come with the LAS Links program, we do make the same data available through our own database. Sharing the information on students’ LAS Links performance by school site and ELD level increases accountability across the district,” said Medina.
“We use Form B results to place students at the beginning of the next school year,” said Medina. “With LAS Links, I can easily track the performance of each school and hold each accountable for the accuracy of their placement decisions — even at the beginning of the school year, which is a major benefit. Another benefit is that by looking at their scores, schools can see the domains of language in which their students need support and change their instructional practices or recommend interventions.”

During the school year, the ELD department within each school reviews the data to ensure their instruction is of sufficient quality and rigor so all students consistently meet the identified performance targets. Students scoring below these points are considered in need of intervention. Schools with average scores below these points are encouraged to take affirmative steps to improve instruction and placement.

“The benchmarks enable the district to hold the site departments responsible for student proficiency growth over the course of the year,” said Medina. “With LAS Links, we can see if a school is moving students to the next ELD level too quickly or too slowly. It gives us quantifiable, irrefutable evidence of each student’s English language proficiency and growth, which is exactly what we wanted in an ELD assessment.”

The 2009-2010 academic year was the first full year in which all schools administered the assessments in all ELD classes. “This was the first time teachers and administrators could see achievement and placement patterns using common objective assessment data, which allowed us to begin to identify trends and patterns of growth,” said Medina.

Looking at the 2009-2010 data from the LAS Links Benchmark Assessments and Forms A and B, district administrators saw that ELD 7/8 students were not growing at the same rate as students in other ELD courses.

“This prompted an important discussion about what we could do to change that,” said Medina. “As a result, we decided to restructure the ELD 7/8 course. We reduced the ELD instruction from two hours to one hour, and placed students in a Structured English Immersion course at their grade level for one hour. Thanks to these changes, which came about as a result of our data analysis, ELD 7/8 students are now growing in proficiency at the same rates as students in other ELD courses.”

Thanks to the hard work of students, teachers, and administrators, the EL subgroup achieved significant gains in 2010.

“Our 2010 API scores are through the roof,” said Medina. The API is a single number, ranging from a low of 200 to a high of 1000, that reflects a school’s or a subgroup’s performance level, based on the results of statewide testing. Its purpose is to measure the year-over-year growth in academic performance for California schools. API scores are used to meet state and federal requirements for school accountability and are an important component for measuring a school’s Adequate Yearly Progress (AYP).

“At all of our schools, the English learner subgroup posted at least double their API target. Several schools posted four or five times their target, and some went even higher. Every school showed huge, positive gains,” said Medina. “We are the only district in San Diego County that can say all of its schools improved their English learner API.”

“Last school year, we saw big improvements overall. This year, we’re seeing even more growth. We’re seeing higher levels of proficiency in each of the ELD levels. We also have a larger number of students being reclassified from English learner to fluent English-proficient learner. It’s been quite remarkable to see the progress our students are making,” said Medina.

“Throughout this entire process, from the purchase, training, and rollout of LAS Links to the scanning and uploading of the data, the support we’ve received from CTB/McGraw-Hill has made the process easy,” he said. “We’re grateful for the contributions they have made to the success of our implementation.”