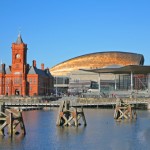 The Welsh government is taking action to curb the disappearance of the Welsh language. According to the 2011 census, only 19% of Welsh people can speak the language, down from 21% in 2001, revealing a decline in the number of Welsh speakers throughout the country. The government aims to bolster Welch language learning with £1.25 million, which will go towards language education. This investment is destined to colleges, universities, and other institutions that will develop or expand language centers and promote the Welsh language maintenance and acquisition.

First Minister Carwyn Jones explained, “These dynamic language spaces will enable people to engage and interact with the language and will also act as community hubs.

“There will be a strong emphasis on partners working together for the benefit of the wider community.”

As he announced the campaign to promote the use of Welsh in quotidian life, Jones said, “Creating opportunities for people to speak Welsh and giving them the confidence to do so are key commitments of today’s statement.

“We know that it is a critical time for the Welsh language and that the next decade will show whether or not we have succeeded in strengthening its position.”

While Welsh is being used more as the language of instruction in elementary school and the government continues to support its use in media and government, the language is changing. The new Welsh dialect is quite different from the Welsh that the older generation grew up speaking. New words have been added to account for technological advances, such as computers and the internet. Meanwhile, some old words have dropped off. Pronunciation is also evolving, resulting in some cross-generational misunderstandings.

Despite the evolution of Welsh, most agree that investment and promotion of Welsh are steps in the right direction. As Colin Nosworthy, a spokesman for the Welsh Language Society, put it “Better a slack Welsh than a slick English.”