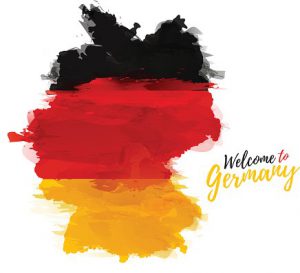 Germany, which possesses one of the world’s largest economies and is among its strongest exporters, also offers a host of business opportunities through its multinational corporations such as BMW and Siemens.

Berlin and Munich are among the most popular destinations for language immersion, however, quality schools are found throughout the country. There are various recognized German qualifications of which the most-widely recognized for university entrance are the DSH — Deutsche Sprachprüfung für den Hochschulzugang ausländischer Studienbewerber (German Language Test for College Admission for Foreign Students) and the TestDaF — Test Deutsch als Fremdsprache (Test (of) German as a Foreign Language). The DZD (Das Zertifikat Deutsch) is an internationally recognized proof of a basic working knowledge of the German administered by the Goethe Institute, and the TELC certificates are based on the Common European Framework of Reference for Languages.

Berlin, the country’s capital, is crisscrossed with Radwege, or bike paths, providing an eco-friendly way to tour the city and its sights. Museums are plentiful and their diverse exhibits cover topics ranging from the Ramones to Jewish history to Checkpoint Charlie, the access point between the former East and West Germanys. Modern art installations abound, such as the Badeschiff, an old cargo container transformed into a public pool as part of a city arts project on the city’s River Spree.

As the capital of the federal state of Bavaria, Munich is located near the base of the Alps and is another bike-friendly city. Millions descend upon the city each year for its world-renowned Oktoberfest, but Munich is also distinguished by its historic architecture, numerous parks, and National Theater, a luminous art space that has played host to the premier productions of opera giants, including Wagner’s Das Reingold. Heidelberg’s romantic Philosopher’s Walk and its fairy tale castle and the towering spires of Hamburg’s many churches add elements of diversity to Germany’s landscape, making the country a unique destination for the language traveler.

The German capital has recently become one of the most attractive capitals of Europe, evident in the millions of tourists that visit Berlin each year, drawn to the history of the city as well as its cultural and artistic wealth, nightlife, and extraordinary festivals. Berlin’s lifestyle is perfect for learning German, because it is easy to meet new people and practice the language in its cosmopolitan atmosphere. The Iberika Group was founded in 1996 as a representative of the languages of the Iberian Peninsula.

Since 1999, the center has offered a wide range of German courses designed for visitors from abroad; from intensive to semi-intensive as well as long term programs. The center is an official TELC center and DZD examiner, and provides expert preparation for the DSH. The team of instructors is composed of highly qualified native speakers with extensive experience, and classes are small so that every student receives personal attention. The school organizes guided tours of the city by boat, bike, or on foot as well as various excursions to lakes and cities nearby.

The accommodations have been specifically chosen to provide students with a comfortable and pleasant stay in Berlin.

prides itself as the only language school in Germany with its own campus, which is located in a trendy district in central Berlin, and consists of a garden, two student residences, a restaurant, and book store. In October 2008, GLS Berlin was voted “best language school in Germany” by educational travel professionals in more than 60 countries. GLS offers German language courses all year round and is an official testing center for the DZD.

Six months ago, the A – Z Deutsch school…

was opened in Freiburg by three experienced teachers intent on creating a relaxed school with dynamic teaching. Students can start on any Monday and after classes, computer exercise programs are available for individual study along with flexible evening classes. Also on offer are a variety of activities such as guided city tours and evening get-togethers. The school offers German intensive courses at all levels and prepares students for exams like TestDaf and DSH, which must be passed before studying at a German university. Accommodation and tandem partners can be arranged.

Students who learn German in Berlin study in the heart of Europe, in a city of contrast and fusion: East meets West, history meets future, arts meet underground. As a European center of politics, culture, and arts, thousands of students are attracted to Berlin’s unique cultural vibrancy, sizzling creativity and raw charm. Freie Universität Berlin is one of Germany’s premier institutions of higher education, founded in 1948, with an enrollment of about 32,000 students.

The university has  a large percentage of foreign students and numerous partnerships with foreign universities. The university offers two ways to learn German, both in line with the American academic calendar. FUBiS offers intensive four to six week-long sessions in the summer or winter in which students can earn academic credits. Students in FU BEST, the Berlin European Studies Program, commit themselves to a full term or even a year at FU Berlin.

The German Academic Triangle is made up of the Universities of Dortmund, Bochum, and Duisburg-Essen and is an alliance of innovative universities along the Ruhr river, called the University Alliance Metropolis Ruhr.

Now that courses are widely offered in English, students without German language skills can take advantage of Germany’s excellent reputation in fields such as engineering, business, and the sciences. The school’s students want to can earn credits in their major while gaining insight into German culture and a head start at learning the language.

At the Hessen:ISUs — Hessen International Summer Universities – a diverse group of students meet at universities in the scenic and lively state of Hessen to participate in four-week long summer sessions in fields as diverse as Bioethics and Law, European Integration, Environmental Engineering, and Music Therapy. The five locations in Frankfurt, Fulda, Giessen, Kassel, and Marburg represent the diversity of the state with a major financial capital, a Baroque city surrounded by rolling hills, and one of Germany’s most charming university towns, complete with half-timber houses, winding rivers, and cobblestone streets once traversed by the Brothers Grimm.

Language courses – at all levels – are mandatory at each of the Hessen:ISUs, but learning also comes naturally through day-to-day interactions with German students and people in the towns and cities where the courses are located. At the University of Kassel, students live with host families and are assigned German “tandem partners” to practice their growing language skills and programs include excursions which take advantage of Hessen’s own natural and cultural resources, as well as its location right in the center of Germany.

Trips to wind farms for the groups working with renewable energy or the European Central Bank for the finance majors coexist alongside rafting, hiking, and, of course, exploring castles, museums, and cafes.

Munich is a safe and beautiful city filled with both old world tradition and all the vitality and culture of a big city with a small town atmosphere. In less than an hour on public transportation lie the Alps with their beautiful castles surrounded by rolling hills and glistening lakes.

is located in the heart of the city and is one of the leading research universities in Europe. Fifteen percent of its approximately 44,000 students come from abroad. During the summer months, LMU offers an extended program of German language courses and other Summer Academies through MISU – the Munich International Summer University.

MISULMU participants enjoy an attractive program of extracurricular activities. The language courses on various levels are designed to teach German within its academic, cultural and social context, so that students deepen their knowledge of Germany whilst simultaneously developing their language skills. Extracurricular activities include lectures, films and field trips to points of local and national cultural significance (Castle Neuschwanstein, the Dachau Concentration Camp, for example).

Tutors also participate in these activities and are available for consultation. Affordable housing is arranged in LMU’s student dormitories (single rooms in shared apartments with high-speed internet access).

is a leading global language travel agency with 12 language schools in Germany located all around the country, from the northern river-port city of Hamburg, to the political capital Berlin, to the financial center Frankfurt, to the Bavarian cities of Munich and Erlangen, to the smaller but equally exciting cities of Constance, Ellwangen, and Freudental for those looking for something off the beaten path. With the option to choose multiple locations in Germany, students can maximize their experience by seeing more of the country while improving their language skills. Language International has a team of German-speaking student advisors who have all studied in Germany and know the country intimately.

Germany’s oldest and according to the most recent U.S. News & World Report ranking best German university, provides their students with a deeply cosmopolitan atmosphere. The International Summer School on German language and culture offers three different courses, each with their own diverse set of challenges.

The comprehensive language-course program for all levels of proficiency is supplemented by a large variety of seminars, lectures, work groups and talks concentrating on literature, philosophy, history, current affairs and area studies. A special continuing-education course is designed for international German teachers and students of German language and literature. Its goal is to expand the participants’ language abilities and enrich their German teaching skills.

The third course provides training in business German. The range of topics include among other things the EU, German business culture, banks and stock exchange, and social systems. Lectures by Heidelberg academics, excursions to other interesting areas and cities within Germany, cultural events and social get-togethers compliment all programs of the International Summer School.

Language classes are held in the morning; in the afternoon, participants can take part in a variety of classes related to their course level as well as other workshops and lectures. All participants receive a certificate of attendance. Additional diplomas are issued to those who pass a written examination. The diploma is equivalent to 4 credit points on the European Credit Transfer System (ECTS). All courses run from August 2nd to August 27th, 2010. The International Summer School also arranges accommodation.

is a non-profit association established in 1977 for teaching German as a foreign language. They maintain 20 (mostly summer, but also several year-round) language centers all over Germany where they offer highly intensive courses for juniors, teenagers, adults, 50+ students and executives. Hence, they have courses for nearly every type of learner.

Their schools offer one of the few residential German language school available and open year-round for young international students (10-17), as well as the Germany’s only residential school for executives, located in a beautiful Baroque Castle, where they teach highly intensive German courses (40 lessons/week) either in mini-groups or one-to-one tuition.

Their residential,schools enhances the learning process as well as the enjoyment of the common experience. Students are taught in small classes of approx. 5 – 10 students. A standard course comprises 30 lessons per week.

At the Humboldt-Institut a total beginner with no previous German skills can usually complete the TestDaF exam in as little as 8 months, with a close to 100% success rate! They guarantee a swift learning process due to the total immersion program and reliable tutoring.

Course fees usually include tuition, books, accommodation, full board, excursions (to cities like Munich or Berlin and important sights like the Fairy King’s Castle Neuschwanstein) and an interesting leisure time program (with a variety of different sports, creative and cultural activities).

The Importance of Feedback