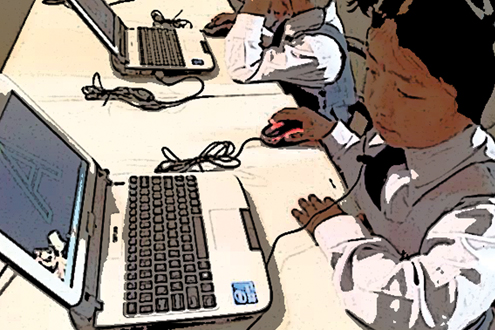 Literacy is the keystone to success, first in school and then in life; a common saying is that first we learn to read, but then we read to learn. Children who learn to read early and often seem to have the world at their fingertips, while those who struggle with reading quickly find themselves falling further and further behind across all academic subjects.

This makes the early years disproportionately important for a child’s academic career. Children who taste early success continue to build momentum, while those who stumble out of the gate often find they are unable to catch up.

The latter, bleak situation is far too frequently the case for students in the U.S. school system learning English as a second language. But the key to closing the literacy gap in the U.S. for English language learners (ELLs), and for improving literacy for students learning English as a foreign language globally, might come in the form of an increasingly common device in schools: computers.

Closing Gaps
The widening divergence between children is difficult to address, in part because it requires schools to find ways to differentiate the educational experience for each child. Individualized instruction — long considered the holy grail of instruction — has been perhaps the most talked about yet least realized of all solutions when it comes to closing learner gaps.

In order to better understand why these gaps are so difficult to close, it is important to understand the magnitude of the problem. In her seminal book Beginning to Read, Dr. Marilyn Adams reported that children who go on to become successful readers arrive in first grade with roughly 3,000 hours of preliteracy instruction. Inner-city and rural-poor children, by contrast, have only had between 20 and 200 hours of instruction by that point in their young lives. The massive difference in preparation is startling.

One of the brightest areas of hope for overcoming such gaps is the rise of adaptive learning software. The hallmark of adaptive learning software is its ability to adjust each child’s educational experience, allowing students to move at their own pace. Advanced learners move faster and with more rigorous activities, and struggling students get more structure, detail, and repetition at an appropriate rate. This approach gives teachers the tools they need to provide individualized instruction in their classrooms, while also giving them valuable insights into student performance. When used to fidelity, adaptive learning software can make the most valuable classroom tool — the teacher — more effective.

The promise of this approach with young learners is well documented across a variety of domains, but it is particularly hopeful for children whose needs are not often adequately met in standard classroom instruction. ELL students are emblematic of both the problem and the promise.

Going back to the reading gap mentioned earlier, it is self-evident that if preliteracy instruction in the home is provided in a different language than is used in school, it can be even more challenging for children to catch up. This is partly due to their not having the preliteracy training in the school language, but it is exacerbated by the fact that teacher instruction will most often be in an unfamiliar language progressing at a rate for which they are not prepared. In addition, ELL students are far more prone to stumble when it comes to nuance or situations where the instruction requires them to fall back on vocabulary which they may not understand.

It is in these extremely difficult circumstances that adaptive learning software can truly shine in the hands of teachers. By ensuring that each child is properly situated in the curriculum, appropriately constructed adaptive learning software maximizes the instructional opportunity for each child. In addition, teachers can leverage the software to offer appropriate levels of remediation and support so that children can be successful. As a result, ELL students begin to experience success and work toward closing the achievement gap.

Adaptive Learning in Action
So is this more than just a good idea? Are there any real-world examples of teachers using adaptive learning software successfully in ELL settings? Absolutely there are. In fact, there are more than two decades of research demonstrating that high-quality adaptive learning software can help ELL students make significant and meaningful improvements in literacy.

Many studies have found positive results from adaptive computer-assisted instruction (CAI) programs, especially in early-education classrooms. In fact, research examining adaptive CAI programs found greater reading and math gains for ELL students in kindergarten compared to peers not using adaptive CAI programs. Impressively, a pair of longitudinal studies conducted by the Center for Best Practices in Early Childhood found that such programs are successful in preliteracy teaching for ELL students and that those skills are maintained for at least three years.

The Waterford Institute has developed learning programs in English literacy, math, and science based on this adaptive approach. Waterford Reading — a software program designed to develop early English-literacy skills in young learners — has been deployed in thousands of locations in the U.S. and around the globe, illustrating the potential benefits this technology can deliver. The program provides each student with a customized learning path that is unique to his or her needs by assessing the student’s initial skill level and then constantly monitoring the student’s learning progress in multiple instructional strands, such as phonological awareness, phonics, comprehension and vocabulary, reading fluency, and language concepts. Built-in reviews and remedial activities ultimately ensure that the student has mastered the skills he or she will need to be a successful learner going forward.

More than two decades of research indicate that the immersion approach is highly effective in developing literacy in foreign-language learning, including when learning English. Language immersion for children learning a second language is effective, in part, because it mirrors how one acquires a first language. Stephen Krashen, PhD, theorizes that children develop the majority of their first languages through language acquisition — this is the notion that children are not consciously aware they are learning a language, only that they are using language to communicate. Children are born already primed to learn language, and immersion exercises a child’s innate abilities to acquire additional language skills, not as replacement for but in addition to the native language.

Waterford’s adaptive English-literacy program works to make a full-immersion approach more likely to succeed by constantly assessing a student’s mastery of the learning objectives and providing more support where mastery is not being achieved, rather than simply moving the student along to the next objective.

The theory of language immersion is old enough to have adequate research to support it, but also new enough to warrant exploring different ways to implement its approach.

Firsthand Experiences
Waterford’s in-home version of its adaptive reading program, UPSTART, takes advantage of the huge potential the home has for influencing children academically. From birth to high school graduation, a child spends on average a mere 13% of his or her waking time in school. This leaves the home as an enormously untapped resource, especially since according to a 2013 census, 83.8% of U.S. households reported computer ownership, with 78.5% of all households having a desktop or laptop computer and 63.6% having a handheld computer (i.e., tablet).

Multiple studies from schools across the U.S. have sung the praises of adaptive programs and their impact on ELL students. A study conducted in New York found that Hispanic ELL students, who typically were not ready for English immersion until late spring, had a 60% gain in literacy using such programs. This new finding allowed English-exclusive teaching to take place much earlier in the year and to have a greater overall impact. Additionally, the number of Chinese and Hispanic ELL students retaining their ESL status in first grade was drastically reduced in a single year. That same year, in Utah, Navajo children on the Mexican Hat Reservation experienced an 80% gain in English literacy, based on pre- and post-standardized testing.

In a study in Arizona, kindergartners whose primary at-home language was Spanish had a higher increase in scores when they used adaptive programs than native English speakers who did not. These programs have proven highly effective with students whose primary at-home languages are neither English nor Spanish, including refugee children with no prior school experience.

Teaching English as a Foreign Language
To take this one step further, research literature notes that ELL classrooms have a thornier cousin, namely English as a foreign language (EFL) classrooms. The difference between the two has to do more with context and less with what’s happening in the classroom — students in EFL classrooms live in English-poor environments, often in countries where English is not regularly spoken. This places a much heavier burden on the shoulders of the teacher and the curriculum in an EFL classroom; EFL students have no environmental support to aid them in the acquisition of English. It all needs to happen in the classroom.

Because of this, EFL classrooms are widely viewed as some of the most challenging environments in which to learn English. Solutions that are effective in ELL classrooms might not be robust enough to make an impact in an EFL classroom. This being the case, it is heartening to note that adaptive learning has demonstrated promise in EFL classrooms as well.

In Israel, two separate studies found adaptive literacy programs to significantly accelerate English learning for kindergarten, first-, and second-grade students. Both studies took place in a network of schools serving students across a variety of culturally, economically, and linguistically diverse communities in Israel. The students included native speakers of English, Hebrew, and other languages; children who were learning English as their third or even fourth language; and children who lacked basic learning skills. A hurdle for English language learners in the schools being studied was that English exposure was inconsistent, and sometimes nonexistent, outside of the classroom.

A Bright Future
Based on these and numerous other studies, it is clear that well-crafted adaptive learning software has a significant role to play in improving the lives of our youngest learners. Thankfully, this solution is not circumscribed by the native language of the learner or even the context of the classroom. Our future depends on the success of today’s youngest learners. With the advent of adaptive learning and the promise of its continuing evolution and improvement, the future looks a little bit brighter.

Benjamin Heuston, PhD, is president and COO of the Waterford Institute. He is an active speaker, including recent or upcoming presentations at ASU+GSV Summit, TEDx and the Early Education and Technology for Children Conference. He is also a member of several boards and associations, including the SIIA Education Board, the Society for Scientific Study of Reading and the International Gold Key Honour Society, as well as a mentor for Utah Entrepreneurship Challenge. 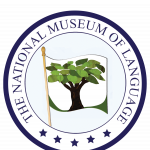 The Science of Reading in Dual Language

See It, Say It

Help Your Students Slide Up, Not Down, Over the Summer