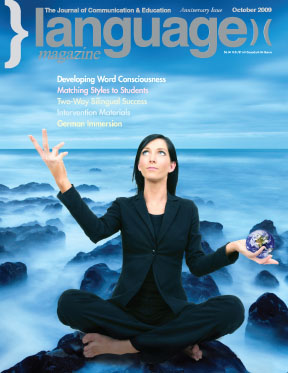 Any suggestion that we should be spending more on education right now is usually met with derision as state and local governments struggle to maintain services. However, when the recommendation comes from the Organization for Economic Cooperation and Development (OECD), even the most fiscally conservative hardliners should take notice.
Founded in 1961, the OECD grew out of the Marshall Plan, which engineered the economic reconstruction of Europe after World War II, and now provides a setting where the governments of thirty countries committed to democracy and the market economy compare policy experiences, seek answers to common problems, identify best practices, and coordinate domestic and international policies.
For more than 40 years, the OECD has been one of the world’s largest and most reliable sources of comparable statistics and economic and social data.
According to the latest edition of the OECD’s Education at a Glance, growing advantages for the better educated and likely continuing high levels of unemployment as economies move out of recession will provide more and more young people with strong incentives to stay on in education.
Governments need to take account of this recommendation in planning educational funding policies. “As we emerge from the global economic crisis, demand for university education will be higher than ever,” OECD Secretary-General Angel Gurría said. “To the extent that institutions are able to respond, investments in human capital will contribute to recovery.”
Education pays dividends in later life through higher salaries, better health and less vulnerability to unemployment, OECD analysis shows. The report calculates the returns on investment in education by balancing the costs of education and of foregone earnings against prospects for increased future earnings as a result of higher educational attainment. According to these calculations, in the U.S., a male graduate can expect to earn more than $367,000 extra over his lifetime and a female graduate more than $229,000 (reflecting the disparity between male and female earnings) compared to non-graduates.
And the benefits don’t stop there; the average net financial public return across OECD countries from providing a male student with a university education, after factoring in all the direct and indirect costs, is almost $52,000. That is before nearly twice the average amount of money originally invested.
In most countries, the number of people who leave school at the minimum leaving age is falling, but the U.S. is one of only six OECD countries where their numbers continue to rise.
Immigrants and English language learners are particularly susceptible to cuts in education spending as their families often lack the resources to make up for shortfalls, but there are ways in which we can help to redirect funds — last month, there was a very successful “Back to School Day of Action” to build support for the Development, Relief, and Education for Alien Minors (DREAM) Act (S.729) and the American Dream Act (H.R. 1751), bipartisan proposals that would remove barriers that prevent immigrant students from attending college and establish a path to legal status for those who satisfy higher education or military service requirements.
A group of senators also introduced the Graduation Promise Act, which would authorize $3 billion to combat the dropout problem. About $2.4 billion would create a fund to help states develop systemic, differentiated ways of bolstering struggling high schools.
In our News section (page nine) is an article on the proposed U.S. and the World Education Act, which would encourage global partnerships and fund world languages.
All of these measures need public endorsement, so it is important for representatives to hear that their constituents support them. Only then will they be inclined to sign on to such legislation. Readers may find their legislator online at www.house.gov and www.senate.gov.

Language Magazine’s latest round up of Intervention Materials