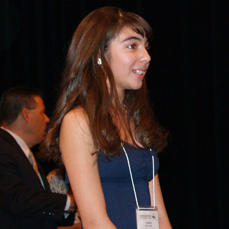 Juárez was locked in a mesmerizing, hour-long duel with runner-up, Germán Rojero, at the final stage of the competition before taking the title, when Rojero misspelled kanindeyuense, which refers to someone from the Canindeyú territory of Paraguay.

Thousands of kids across the nation have spent months burning the midnight oil, learning complex words in the hope of being crowned the 2011 Spelling Bee champion. But, for the first time ever, America’s most-beloved competition was in Spanish as well as English.

Despite many misconceptions, all of the eleven finalists were fluent in English as well as Spanish. The National Hispanic Cultural Center (NHCC) in Albuquerque, New Mexico, hosted the inaugural National Spanish Spelling Bee on July 9th 2011.

See It, Say It

Translanguaging as a Transformative Force in Literacy