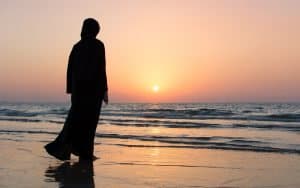 December 18th is UN Arabic Language Day, an occasion, “to celebrate the language of 22 Member States of UNESCO, a language with more than 422 million speakers in the Arab world and used by more than 1.5 billion Muslims.” December 18th is significant because it was the date in 1973 when the UN General Assembly approved Arabic as an official UN language. Arabic is the fifth most spoken language in the world and America’s fastest-growing language. In light of recent tragedies and President Obama’s various statements condemning Islamophobia, it is important to celebrate and learn about the Arabic language in order for suspicion and hate to give way to understanding.

Some English words of Arabic origin:

Irina Bokova, Director-General of UNESCO, said on the first World Arabic Language Day in 2012, “On 18 December 1973, the United Nations General Assembly included Arabic among its official and working languages. Nearly 40 years later, we are celebrating the power of the Arabic language to bring us together around shared values, to give strength to our ideas and depth to our ambitions, for peace and sustainable development.”