From the canon to hiring practices to the classroom, we would be speaking about an entirely different field of English language teaching (ELT) if Whiteness were no longer centered, and although we are years of hard work away from this possibility, any calls for radical change are well served by pointing toward a possible future, and as such it is valuable to entertain the idea. As a rare Black voice in the field, I (Gerald) have spent much of this year speaking on the goal of decentering Whiteness in ELT, basing my presentations on an article I had published last spring (Gerald, 2020). Though it was conceptualized months earlier, its release just after the beginning of the ongoing racial justice uprising was such that it sparked a necessary and long overdue conversation in our field. As we are now approaching the one-year anniversary of George Floyd’s murder, it is fitting that I offer a continuation to an article that gained prominence in the language education space because of a long-overdue reckoning with racial injustice in the field spurred by last spring and summer’s uprising.

The article discusses how, much like in broader educational structures, Whiteness is centered in the teaching of the English language, and the ELT field serves as an arm of racist and capitalist oppression while claiming it as a force for positive change, with detrimental implications for students and educators of color. It suggests that language teaching—of all settler colonial languages, but of English in particular—needs to come to terms with the impact of its centering of Whiteness while taking substantive steps away from the status quo. This includes bringing an examination of racism and Whiteness into language teacher training programs, rejecting the White-centric canon, and, especially, encouraging all White language teachers to examine their own Whiteness and how it affects their teaching.

As discussions have developed across the field throughout the summer and fall, many have asked what ELT might actually look like if the article’s argument were to succeed, i.e., what would ELT look like after Whiteness had been decentered? I did not, however, want to merely share my own opinion of how this future might look, and I consulted with two trusted colleagues—Scott Stillar and Dr. Vijay A. Ramjattan—with whom I had spoken on the topic at length. My own focus is specifically on Whiteness in language teaching, whereas Stillar researches the intersections of language ideologies and Whiteness within post-secondary language-learning spaces, and Ramjattan pursues research concerning the aesthetic dimensions of race and Whiteness in (language-teaching) labor. The following is our collaboration in envisioning a post-Whiteness ELT, which we hope to live to see. We have broken our re-conceptualization into three articles on three related topics, which are as follows:
Classrooms
Training and labor
The industry

This article represents the first of a three-part series, with subsequent work to be published later this year.

A brief terminology note: Whiteness and White supremacy are used somewhat interchangeably in this essay, because the concept of Whiteness “is a colonially constituted construct, and thus implicitly indexes White supremacy” (Hesse, 2016, p. 2).

As a point of entry, we can begin by re-envisioning the classroom and our ways of teaching the language. In doing so, it is crucial that we first dismiss linguistic prescriptivism (i.e., the idea that grammar and language should be corrected and regulated) in lieu of a more robust perspective that privileges the cataloguing and acceptance of language sans power-dominant judgements of the linguistic forms from which language acts derive (i.e., descriptivism). By this point, many of us in the language field would agree that prescriptivism is harmful and tied very distinctly to Whiteness and capitalism in education, a remnant of what some have called linguistic imperialism (Phillipson, 1992). Suggestions are often made that we should focus merely on descriptivism, as it is less harmful, but this fight is now decades old. We think that we need to go a step further and actually propose what can be described as counterprescriptivism.

In a post-Whiteness version of ELT, racialized students should be empowered and encouraged to challenge their White teachers if and when they are told the way they are using the language is incorrect. Meaning-making is ultimately a negotiation of power, and if a student can convey the meaning they seek, they should be able to assert their intent in the face of possible correction. This would be a deeply post-structural way to approach language teaching, but part of dismantling Whiteness is dissolving artificial and coercive hierarchies, and sharing corrective power between both teachers and students is one valuable way to ensure Whiteness remains decentered. In the following sections, we provide select snapshots of what counterprescriptivism might look like.

The language we use to refer to ourselves and our industry also has an impact on our racialized constituents. We do not, in fact, teach “Standard” English, but standardized English, an imagined form of English that has been constructed as the normative means of communication in order to further the ends of imposing White supremacy as the standard norm (Bonfiglio, 2002). A simple change would be to stop framing standardized English as the only desirable form of the language, and one way to cause this shift is to be direct about what we’re teaching. If we began to call ourselves “standardized English teachers,” we would then have the choice to consciously teach not just the language but also the features of its standardization and the decisions behind why certain types of languaging are valued more highly than others. We could also choose not to teach standardized English and instead teach the varieties surrounding a school’s location, comparing the equally valuable differences. For example, a school near where Gerald lives in New York could teach the New York versions of African-American English and Dominican English.

This would not inherently destroy standardized English but would relegate it to a decentered role within the larger ecosystem of the field while elevating other forms of the language. With these changes made, our vision of the post-Whiteness ELT classroom moves closer to a possible realization of empowerment, rather than the current submission to power-normative ways of being. In such a space, imposition of monolingual principles that enforce strict adherence to White-normative language forms are confronted and rejected in favor of students being encouraged to use the entirety of their translingual and cultural resources to aid in the learning process. In doing so, ideologies that tether Whiteness to a standardized form of the English language are recognized as nothing more than attempts to standardize Whiteness itself, and students are well served by being aware of these forms but not by being forced to measure themselves against their own oppressors.

If teachers do in fact decide to teach different varieties of English, this would then allow for relaxed expectations regarding how students should use the language. Taking the example of pronunciation, it is important to appreciate the bodily labor that students must perform to adhere to the sonic dimensions of Whiteness. While racialized students may have to train their lips, tongues, teeth, etc., to articulate unfamiliar phonemes found in standardized Englishes of the global north, they may also need to train their ears to distinguish these Englishes from “improper-sounding” ones found in their own communities and elsewhere (Sekimoto and Brown, 2016). However, if students learn the varieties of English of where they live, they will come to know that “deficient-sounding” features of pronunciation are actually common and thus do not need to be changed in order to ensure successful oral communication. Moreover, to avoid the temptation to emulate hegemonic types of speech accents, students need to focus on critical listening. By focusing on developing their listening, students would appreciate that certain racialized accents are not inherently unintelligible, but rather are made unintelligible by ears conditioned by ideologies of White supremacy.

Depending on one’s vantage point, classrooms could be classified as either the most or least impactful part of the type of systemic change our field needs—most in the sense that, no matter what happens in the broader industry, if our pedagogy remains the same, most students will hardly notice a difference; least in the sense that a pedagogy that decenters Whiteness is necessarily disempowered in a field that continues to perpetuate the same hierarchies, which is precisely what any language teacher pushing against current restraints might be feeling today. We do hope that more members of our field choose to join those who are working against the structures that have long remained in place, but in order to support anyone who makes that important choice, we need to substantively shift the power within the broader industry itself. Accordingly, in the next part of our series, set to debut later this summer, we will tackle training and labor and the ways in which an ELT field fully divested from Whiteness would better serve its workers. Stay tuned…

J. P. B. Gerald is an education doctoral student at CUNY–Hunter College whose scholarship focuses on language teaching, racism, and Whiteness. You can find his public scholarship at jpbgerald.com and his excessive Twitter opinions @JPBGerald.

Scott Stillar is currently a Ph.D. candidate in Second Language Acquisition at the University of Wisconsin-Madison. His dissertation research investigates the ideological intersections of standardized American English and whiteness within English language education spaces.

Vijay A. Ramjattan received his PhD in Adult Education & Community Development from the University of Toronto. His research interests pertain to the intersections of language, race, and work(place learning). He often talks about these interests on Twitter: @Vijay_Ramjattan 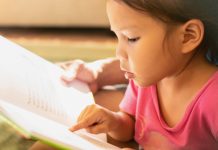 Beyond Crises: Imagining Families and Communities

No Downside for Bilingual Kids