In the realm of K–12 pedagogy, “ELA” stands for English language arts. In New York City, another ELA is worthy of recognition.
The Endangered Language Alliance, a nonprofit founded in 2010 by Daniel Kaufman, Juliette Blevins, and Bob Holman (two linguists and a poet), documents, investigates, and gives voice to Indigenous, minority, and lesser-known languages within and adjacent to the Big Apple. The organization’s wide-ranging projects stem from relationships cultivated with communities and speakers of languages—hundreds of them—that have gained a foothold in “the most linguistically diverse urban center of the world” (Perlin et al., 2021).

Now co-directed by Kaufman and Ross Perlin, a linguist, writer and translator, the alliance partners with local organizations, language activist groups, and individuals to amplify the voices and needs of Indigenous and immigrant communities in the five boroughs and their neighboring counties. Recent initiatives have spanned global languages and channels of dissemination. There is a podcast in Nahuatl, a series of storybooks in five Pamiri languages (spoken in regions of Tajikistan, Afghanistan, China, and Pakistan), and the publication of “Languages of New York City”: an urban language map. First issued in 2019 in printed poster format, the map migrated to the web in 2021. The digital platform invites visitors to explore the nitty-gritty of some 700 languages and acknowledges that its map occupies the traditional Lenape-speaking territory, where the Munsee version of Lenape was the predominant form of communication. The ELA does not relegate languages to dots on a map; it aims to elevate them in the spirit of revitalization and public education. Case in point: in 2017 and 2018, the organization hosted weekly classes in Lenape in Lower Manhattan with Lenape language keeper Karen Hunter.

Not as Easy as ABC: Counting Languages and the People Who Speak Them

UNESCO’s World Atlas of Languages identifies 8,324 languages and estimates that 7,000 are still in use across the globe. The tally includes spoken languages as well as signed langauges, which are expressed by movements of the hand and face. On the ELA’s map, American Sign Language and Puerto Rican Sign Language are linked to St. Elizabeth’s Deaf Church on Manhattan’s Upper East Side.

In the US, language data has typically been captured and disseminated by the Census Bureau. According to Perlin et al. (2021), the standard approach is both reductive and piecemeal: “One question asked in a problematic way to a particular set of people.” The ELA’s co-directors and colleagues argue that “indigenous, minority, and primarily oral languages are systematically undercounted for both historical reasons and on account of implicit biases of the survey instrument itself,” giving short shrift to smaller-sized language communities that exist in large cities.

The “language spoken at home” question first appeared on the Census of 1890 and was transferred to the American Community Study in 2005, when it replaced the census long form sent out every ten years.

(United States Census Bureau, n.d. “Question as it appears on the form”)

According to the Census Bureau website, the purpose of the three-part question is “to create statistics about language and the ability to speak English.” One result is the “People That Speak English Less than ‘Very Well’ in the United States” data visualization, searchable by county and census tract. It identifies the Queens neighborhood of College Point, just east of LaGuardia Airport —census tract 929—as having 55.4% of inhabitants who speak English “less than very well.” The “Languages of New York City” map depicts the same area as fertile ground for Columbian Spanish, Austrian German, Tatar, Macedonian, and Friulian (from the north-easternmost region of Italy).

The ELA’s methodology relies on longstanding collaborations between linguists and communities as well as ongoing conversations between academics and speakers of endangered languages. On the map, the findings from these sustained efforts are tethered to physical spaces of linguistic convergence. Houses of worship, eating places, and community halls mark the spots where lower-incidence languages reverberate. For example, Tamang, a language that comes from Himalayan regions of Nepal and northern India, Bhutan, and Tibet, is represented by a red dot at the site of the Tamang Society of America in Woodside, Queens. In a linked video, a native speaker describes the language and community.

Scrolling south on the map to the northeastern section of Staten Island, a viewer will encounter a cluster of purple dots (denoting languages of West African origin) representing the polyglot nature of the inhabitants of “Little Liberia,” who fled decades of civil wars, poverty, and disease in their homelands between 1989 and 2004. The map informs viewers that “Most Liberians speak both Liberian English as well as a mother tongue such as Bassa, Kissi, Kru, Krahn, Kpelle, Gio, Gola, Loma, Mano, Mandingo, and Vai”. Near the flush of violet dots, a tiny green circle stands for Italian, a red one represents Sri Lankan Malay or Melayu, and dark blue dots indicate the presence of American Sign Language and African-American English (or Black English). The description of the latter is linked to the free Black settlement of Sandy Ground at the southern tip of Staten Island and the Wu Tang Clan, the local hip-hop group that took root in the area 30 years ago and became synonymous with its home borough.

Toward a Cartography of Care

The work of the ELA has woven itself into the work of several city agencies. Perlin credits activist-minded civil servants determined to expand the reach of services. The Mayor’s Office of Immigrant Affairs’ annual report (2020) mentioned Indigenous languages by name:
“In 2019, MOIA expanded its linguistic reach to New Yorkers who speak languages of limited diffusion, such as Quechua, Kichwa, Nahuatl, Mixteco, Wolof, Kyrgyz, Tajik, Soninke, and Gujarati.” (p. 48)

“However, many New Yorkers of indigenous ancestry from Latin America who may report as ‘Hispanic’ speak non-colonial languages such as Nahuatl, Mixtec, Kʼiche/Quiche, Mam, Kichwa, Quechua, Aymara and others. These languages are often difficult to capture in surveys.” (p. 9)

The New York City Department of Education’s Language Access Policy names English, Spanish, Chinese, Bengali, Russian, Urdu, Arabic, Haitian Creole, Korean, and French as “covered languages.” The Parents’ Bill of Rights, a four-page, text-heavy document, states that “Parents have the right to: Feel welcomed, respected, and supported in their school communities.” The document is available in the ten languages listed above, plus Polish.

No audio recordings of the document in minority languages seem to be available, but the department is equipped to provide interpretation to families in more than 150 languages. Employees can access the Language Line around the clock through a dedicated 1-800 phone number. For families and guardians of school-aged children, the New York City Public Schools Speak Your Language web page can be rendered in any language available on Google Translate. It greets visitors with “hello” in ten languages, but figuring out how to initiate a call that requires language interpretation can be challenging for a speaker of any language:

If you or someone you know needs help receiving information or communicating with a staff member at their school or Department of Education (DOE) office in their language, please tell your school’s principal or parent coordinator, call the DOE at (718) 935-2013 or email [email protected]

Talking Points, a texting app from the eponymous educational technology nonprofit, provides two-way translated communication in 100 languages, including Azerbaijani, Gujarati, Pashto, and Ukrainian. The Mayor’s Office of Immigrant Affairs’ “Resource Guide for Immigrant New Yorkers” is another resource that can help bridge gaps in communication and build trust with students and families. The guide is available in 34 languages (all of which appear on the ELA’s map), from Albanian to Uzbek.

Acknowledging and bolstering students’ multilingual competencies as part of classroom lessons can uplift students, families, and entire communities. As reported in Pass the Mic, when Alyssa Harris, a senior at Massachusetts’ Mashpee High School, became the first student to qualify for a Seal of Biliteracy in English and Wampanoag, her accomplishment was considered a success (Cooper, 2021). It marked a communal milestone for a language whose reclamation movement took root in the early 1990s after 150 years of dormancy ushered in by settler colonialism.

Administrators and school district leaders can design opportunities to engage in intentional listening sessions, centering speakers of low-incidence languages (via interpreters, as needed). In “The Listening Project: Fostering Connection and Curiosity in Middle School Classrooms,” Way and Nelson (2018) detail a process of transformative interviewing focused on building understanding of how an interlocutor experiences the world. Carving out designated times for listening to families can begin a process of authentic communication and signal a willingness to challenge the existing power dynamics between dominant and nondominant languages.

Texts about multilingual communities can be used as curricular extension activities, mentor texts, or the focal point of a lesson. Current events articles adapted for student audiences at diverse Lexile levels are available on Newsela.com. The New York Public Library collections include titles in and about Quechua, Twi, and Wolof, along with a digital list of materials available in Indigenous languages. The ELA’s interactive “Languages of New York City” map invites exploration, study, and analysis for students of all ages—and doubles as a rallying cry.
“The hope is that people will understand that linguistic diversity is as much a part of the health of our whole planet as biological and botanical [diversity] are and that they’re all very connected,” explains Perlin. “It’s all about the health of society.”

Laura Silver is a teacher of multilingual learners and team leader at a Title I middle school in her native New York City. She earned an MS in TESOL at The City College of New York and an MFA in poetry from Brooklyn College and is the author of Knish: In Search of the Jewish Soul Food (Brandeis). 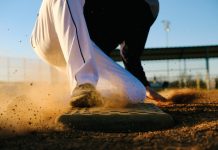 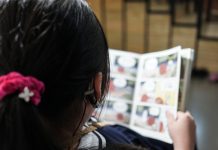 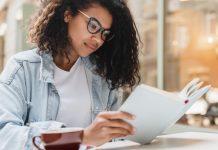