Reading in Any Language 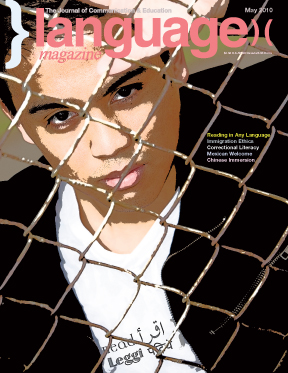 The theme of the International Association’s 2010 conference “Reading in Many Languages”seems perfectly timed to coincide with a new report (see News, p10) which finds that bilingual education works as well as English immersion in the pursuit of English literacy.

There is a wealth of evidence supporting the premise that acquiring literacy in one language accelerates the acquisition of literacy in others, including the National Literacy Panel on Language Minority Children and Youth’s conclusion, “Rather than confusing children, as some have feared, reading instruction in a familiar language may serve as a bridge to success in English.”(Chapter 14, Erlbaum 2006)

Although some states do allow English learners to learn to read in their heritage language, many do not, and the campaign against bilingual education has succeeded in convincing many voters of its failure despite overwhelming evidence to the contrary with the result that fewer children are being given the opportunity to develop literacy in their native language.

At the same time, the opportunity to learn foreign languages in U.S. public schools is diminishing – according to The Center for Applied Linguistics’ national survey completed last year, “the percentage of elementary and middle schools offering foreign language instruction decreased significantly from 1997 to 2008: from 31 percent to 25 percent percent of all elementary schools and from 75 percent to 58 percent of all middle schools.”

Most technologically and economically developed countries have mandatory foreign language requirements for children beginning at eight years old. However, in the U.S., most students do not begin to learn another language until age fourteen.

Learning to read in any language is part of the educational process and the first step in  personal and social development.

Learning to read in more than one language, as many of our European peers do, expands our perceptions and improves our capacity to comprehend the complexities of our increasingly global society. As media outlets become more monolithic, we need to explore alternative information sources in order to build a balanced picture of situations, and literacy in other languages can help us access those sources.

Go East, Young Woman
According to Kate Sommers-Dawes, studying in China is a great career move as well as a cultural adventure

Richard Lederer on Alice in Wonderland‘s wonderful use of language