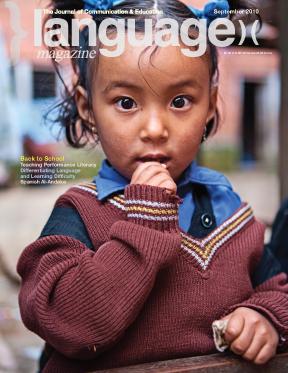 Teachers are facing unprecedented demands as they start this new academic year. Falling state tax revenues have led to education budget cuts that state legislators feel can only be eased by federal funding and compliance with Washington’s demands for testing and accountability that receipt of the money entails.
However, there is little evidence to support the premise that testing actually improves educational outcomes, although it is clear that federal policies, particularly No Child Left Behind, have done next to nothing to narrow linguistic, racial and income-based achievement gaps. If funds fail to reach the minority groups most in need, as seems to be the case, not only does the whole notion of testing and accountability become nonsense, we are also abusing the civil rights of our schoolchildren.
Eight civil rights organizations including the NAACP signed a letter last month stating that the U.S. Department of Education is promoting ineffective approaches for failing schools. According to the signatories, the $4.35 billion Race to the Top competition leaves out many minority students. Citing federal data, the groups find just three percent of the nation’s black students and less than one percent of Latino students are impacted by round one of the Race to the Top, which awarded $500 million and $100 million to Tennessee and Delaware, respectively, for undertaking reforms. The letter also proposes standards for equal access to early childhood education, effective teachers, a college preparatory curriculum, quality resources, and takes a critical view of the administration’s approach to turning around failing schools.
Last month, California released the results of its Standardized Testing and Reporting (STAR) Program which revealed little progress in closing the achievement gap. In response to the results, Californians Together and the California Association for Bilingual Education proposed a remodeling of the educational system for English learners including the development of grade level English Language Development Standards; revision of the statewide accountability system to more accurately reflect what English learners know; promoting the use of research-based approaches for educating English learners, and holding charter schools accountable for providing a quality education to English learners.
Average ACT and SAT scores for the high school class of 2010 will be released over the next month, and attention will be focused on small year-to-year changes, either marginally higher or lower, many of which have little practical meaning. Students in the high school class of 2010 were in fourth grade when the federal testing mandate became law. Proponents promised significant gains in educational performance as a result of NCLB so we should now expect results. However, whatever the results are, how much can we really deduce from them?
Since 2005, more than 65 colleges and universities, including dozens of nationally competitive schools, have adopted “test-optional” policies. That brings the total number of accredited, bachelor-degree granting institutions which do not require all or many applicants to submit test scores for admissions to more than 840. These institutions recognize that external factors like income, language, and race skew test scores to the extent that they become irrelevant while other examples of student achievement and creativity (like poetry, see page 24) offer a much better barometer of future success.
Even if all tests were taken on a level playing field, they would not prove sufficient. We owe it to our students to look beyond test results and recognize the whole body of their achievements.

Paul García hopes the seven lessons that language teaching taught him during his career as an educator, supervisor, and leader will help teachers to succeed in the new academic year